The event which held recently at Nurses Hostel Banquet Hall, Accra Ghana puts an end to the tenure of Comr. Collins Albert led Excos and ushers in the leadership of Comr. Adebayo,

In his opening address at the inauguration dinner, the outgoing President; Comrade Collins Albet stated that he had been able to achieve among other things, a non factional NANS in his time. While recounting his challenges, he thanked his team and followers for the support he enjoyed even in trying times.

Also speaking, Amb Graham Elendu; the Publicity Secretary of African Youth Union Commission and Member of Democracy Africa Youth Parliament who was one of the award recipients admonished the Association to sustain the peace and unity that had been achieved. He further expressed delight with their activities and charged the new Excos to do all it can to sustain the non factional NANS that the previous Excos handed over in Ghana.

On his own, the new President; Comr Adebayo Samuel Ogunkoya noted the readiness of his team to not just talk-the –talk but also to work-the-work to be able to fit into the giant shoe left by his predecessor. 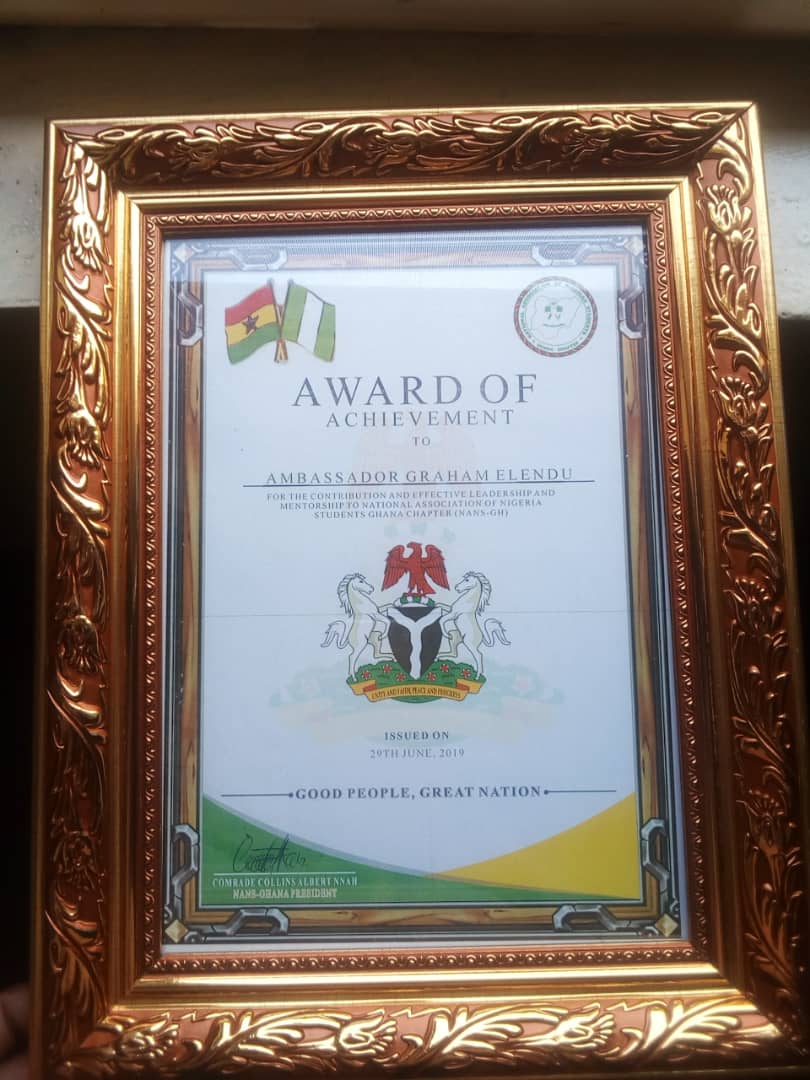 The event was a cool evening to dine and unwind and take stock of the one year stewardship of the Comr. Collins led team.
Share

Wed Jul 3 , 2019
306 A prominent civil Rights Advocacy group – HUMAN RIGHTS WRITERS ASSOCIATION OF NIGERIA (HURIWA) has categorically challenged President Muhammadu Buhari’s administration to invest substantially on human capital development and to nullify any plan to set up Ruga Fulani settlements all across Nigeria because the selfish policy is unconstitutional and […]