Adamawa-North lawmaker; Senator Elisha Abbo, has been drawn into a fresh scandal as a Photo-Journalist, Olumuyiwa Owolabi, has accused him of assault and breach of agreement.

Owolabi told newsmen that Abbo not only assaulted him but got the police to lock him up in Adamawa.

He said he first met Abbo in 2014 during the run-up to the June 2014 Ekiti State governorship election which Ayodele Fayose won.

Owolabi, who was the official photographer of Fayose during the election, said he met Abbo in Ekiti State and Abbo told him that he would like him to do some jobs for him.

He said, “The viral video of Senator Elisha Abbo assaulting a young lady isn’t new to me as I was one of his victims of assault years back.

The photojournalist said Abbo, who was contesting for Senator on the platform of the All Progressives Congress at the time, entered into a contract with him to cover his political activities at the cost of N2.8m.

He said on August 13, 2014, he travelled with Abbo to Yola, Adamawa State, from Abuja by air and they lodged at Lelewa hotel for weeks while campaigning for the primaries which was eventually won by Senator Binta Garba.

The photojournalist said he travelled along with the Senator from Adamawa to Mubi, Vintim Muchala to Mubi and later back to Yola after he lost the senatorial primary.

Owolabi said, “On approaching Senator Abbo to enforce the contract agreement we had, he refused to pay. He ignored several pleas for him to just give me part of my money.

“On the fateful day we wanted to travel together to Mubi for the last campaign, Boko Haram invaded the place prior to the day we ought to have travelled. Due to the attack by Boko Haram, I began to plead with him that I needed to leave the state.

“After several text messages and calls put through to him were ignored, I had no choice but to sit in front of his room where he was lodged at Dansoho Hotel, Yola. This was around 5pm.”

The photojournalist alleged that when Abbo saw him, he got so angry that he began to beat him, slapping him repeatedly.

Owolabi said Abbo quickly called a policeman and told the cop that he was a Boko Haram suspect and should be arrested immediately.

The photojournalist further stated, “As soon as he came out, I began to plead with him that I had to go. The next thing he said was that I was embarrassing him. He started beating and slapping me. He told his orderly to put me inside the pickup truck. He told them to point their guns at me and that he would kill me and tell people I was a member of Boko Haram.

“When I heard that statement, I was shocked because I didn’t know anybody there and I couldn’t speak their language fluently. No one could come to my rescue when he brutalized me, causing me to sprain my ankle.

“I began begging him to just leave me and let me go that I would leave the money for him because of his action.”

He alleged that Abbo’s police escort took him to Kaliwa Police Division around 2am with the instruction that he should be shot dead if he failed to comport himself.

Owolabi said Abbo had broken his phone at the time and so he was locked up in the police station without any means of contacting anyone.

The photojournalist added, “He had damaged my phone I couldn’t contact anybody; he tore my clothes and I was virtually naked.

“That very night, on getting to Kaliwa police station, I begged the Investigating Police Officer to please let me use his phone to talk to one of my relatives. That was how I called one of my brothers that pleaded with the IPO to assist me out of the situation.

“The DPO came the following morning and begged him (Abbo) to give me transport fare to go back to meet my family. Till date, he hasn’t paid me the money.”

The photojournalist, who pleaded with Nigerians to help him, also shared photos of private chats he purportedly had with the senator.

Attempts to speak with the senator proved abortive as calls put through to his telephone indicated that it was switched off while a text message was not responded to as of 7am on Thursday.

One thought on “Senator Abbo in new scandal as Journalist locked up during electioneering surfaces.”

Mon Jul 8 , 2019
413 By: Dan Ugwu   Malam Nasir Ahmad El-Rufai is a Nigerian politician who is the incumbent Governor of Kaduna State,Nigeria. He was the former Director General of Bureau of Public Enterprises, the head of privatization agency in Nigeria. He was the Minister of the Federal Capital Territory, Abuja from […] 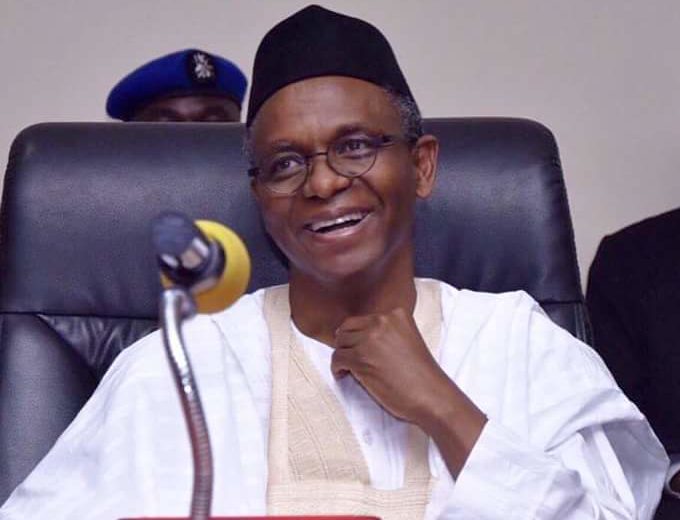