President Muhammadu Buhari has expressed the willingness of the Nigerian government to mobilize additional capital from development finance institutions for the upgrade of critical infrastructure in the country.

Garba Shehu; Senior Special Assistant to the President on Media & Publicity in a statement, noted that the President met with the U.S Treasury Secretary, Steven Mnuchin in Riyadh on the sidelines of the Future Investment Initiative and had positive discussions on investments in Nigeria under the new United States International Development Finance Corporation (USIDFC), which provides $60 billion for investments in developing nations.

According to Garba Shehu, President Buhari expressed Nigeria’s willingness in  leveraging on the U.S facility to address current challenges confronting her power sector as well as general upgrade of infrastructure and thanked the U.S government for supporting Nigeria’s anti-terrorism efforts.

In addition, The President and Mnuchin discussed areas of strengthening Nigeria’s ongoing collaboration with the United States on stopping terrorist financing.

Furthermore, Garba revealed that Mnuchin was accompanied by Brent Macintosh, Under Secretary of the Treasury for International Affairs and Marshall Billingslea, Assistant Secretary for Terrorist Financing in the United States Treasury Department.

The Treasury Secretary used the occasion to introduce Macintosh who was recently promoted Under Secretary for International Affairs by President Trump after the previous Under Secretary David Malpass was elected President of the World Bank.

The Nigerian leader congratulated Macintosh on his elevation and requested for his continued support to Nigeria especially in accessing the $60 billion infrastructure fund under the USIDFC.

Fri Nov 1 , 2019
313 By The World Satellite   President Muhammadu Buhari has accepted an invitation from the Saudi Crown Prince, Mohammed bin Salman, for the establishment of Nigeria- Saudi Council aimed at promoting investments and enhancing relations between both countries. Senior Special Assistant to the President on Media & Publicity revealed this […] 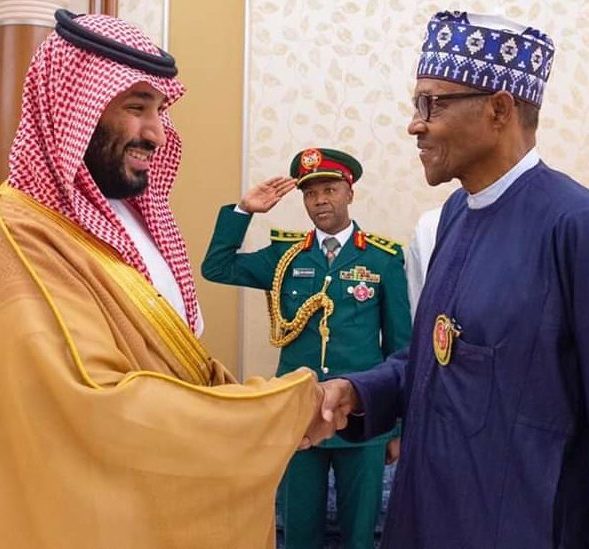