An Appeal Court in Owerri , the Imo State capital has affirmed Oji Uzor Kalu as the rightful winner of the February 23 election in Abia North Senatorial district .

The chairman of the panel, R. A Ada who read a unanimous decision, flayed the lower court ( election tribunal ) for ordering a rerun in some electoral wards in Abia North .

The jurist said that the premise on which the Elections Petitions Tribunal cancelled Orji ’s victory was unknown to law .

He contended that the lower court granted the petitioner reliefs it did not ask , saying , “it was unacceptable in law .”

The justice said that the petitioner , Mao Ohuabunwa tendered his documents at the lower tribunal without calling witnesses to tie the documents to their case .

He said “The lower court erred by allowing the dumping of documents on the lower tribunal . In law , the petitioner must establish proof by bringing witnesses who will tie the documents to the substance of the case .”

One of the counsels to Kalu, Mr . Perfect Okorie told journalists that “The relief the petitioner Mao Ohuabunwa asked for was for the nullification of the election in Bende and Isiukwuato, LGAs but the lower tribunal embarked on its own expedition, granted strange reliefs and nullified elections in some polling units in Ohafia and Arochukwu .”

Mon Nov 11 , 2019
269 By The World Satellite President Muhammadu Buhari has congratulated Archbishop Ignatius Kaigama on his appointment as Archbishop of the Catholic Archdiocese of Abuja by the Holy Father, Pope Francis, following the retirement of John Cardinal Onaiyekan. Garba Shehu; Senior Special assistant to the President on Media and Publicity who […] 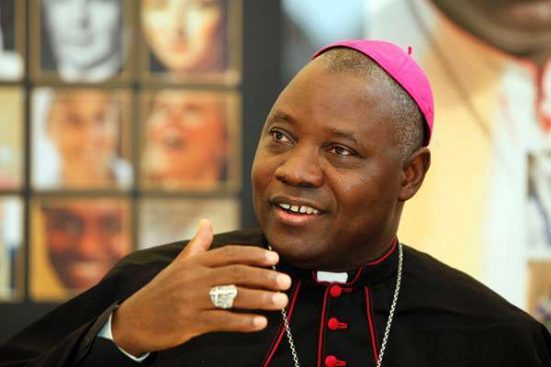