Why is the Igbo nation not able to produce another Nnamdi Azikiwe who dominated the national politics and attained continental relevance without reasonable input from his kinsmen? Why has there not been other Philip Emeagwalis? The Akanu Ibiams, the Sam Mbakwes of this world has become too few into the recesses of replicated abundance.

Why are we not seeing the likes of Chinua Achebe coming up, were it not for the twinkling light of fast emerging Chimamanda Ngozi Adiche and a handful of others? It is difficult to fully understand why the Ibos continue to sabotage the factors that will bring them development and relevance as a people.

The reason is that the Igbos have no patterned growth strategy. The absolute death of internal cohesion and visionary focus will continue to pull back the Ibo nation. A people that have no unified rallying point will find it very difficult to make collective progress. Ndi-igbo live like a people who have ideas of the objective they want to achieve but depend on others to help them achieve those desires.

Meditating on the fate and future of the Igbo man in Nigeria is likely to run to conclusion of a people who continued to work hard to ruin its purpose and interest. A self-sabotaging race whose castles are built by dismembering the blocks that ought to raise the structures of the edifice.

Ironically, the spirit of the Igbo man is what defines Nigeria. I do not understand then, but I have a friend who will kneel down praying profusely “Oh God give me the spirit of the Igbo man”. He has the attitude of someone who needs something intensely. There is something in the Igbo man that has not been put to collective use for common good. The only explanation why the Igbos have continued to be a victim and at the receiving end of the serial political, religious and ethnic misbehaviours that have bedeviled Nigeria is because they have been unable to coordinate their strength, or build on their enviable endowments.

The Igbo man should be the Nigerian salt- a substance that is sought after, a solution provider, a pathfinder, and a people who should have the economic soul of Nigeria in their hands. Since they have refused to piss together on one spot, they are then the scattered sheep which the wolves of this world use as they deem fit.

The trouble with the Igbo man is that they have refused leadership. They cannot plan or execute any common agenda to either unify them, build on their common strength and heritage. Why? Because each man goes his own way, build his own economy, and play his own politics of selfish interest. The Ibo man has no love, no single love or sincere solidarity for his kinsman. It is easier for an Ibo man to cheat, kill, pull down and destroy his fellow tribesman than do anything to lift him up (except there is something personal for him to gain).

Their terrible attitude to oneness is what makes them easy prey for other tribes to ride and divide. Yet they continue to lament, bemoan and rejoice at the crumbs they get from the national cake. The Ibo man thinks of his economic benefit first, and is more concerned with what comes to him personally. Nobody fights for the interest of the race. The few who have voice that could be heard across the polity speak like people who have lost self-consciousness and reasonability. Manifesting evidence they are speaking for outsiders from whom they have collected intoxicating influence, usually suspected to be money. We saw too much of that during the last electioneering period. Are you surprised they came out worse looser than those who contested the presidency?

Again, the genocidal experience and the monumental destruction of the Igboland during the Nigeria- Biafra war has ended long enough for a people who crave to reconstruct and rebuilt themselves. Continued lamentation of an incident that occurred nearly half a century ago is a further abandonment of collective destiny to those who planned the extermination.

Japan did not cry for 50 years after their near extinction during the Second World War. They reclined, and when they sprang forth, they emerged a domineering economic power at the global stage to the threat and envy of the powers that seek to destroy it. The Ibo man cannot be the widow that continued to lament the death of her husband decades after.

The Igbos controlled enormous uncoordinated resources that should pose a threat economically to the Nigerian nation if they had been able to strategically moderate their economic muscle. They rule the economic fabrics in Nigerian business sphere. Look at the sectors where they dominate in trade and commerce. Most of the investments noticeable in certain parts of the country are from the Igbos.

When you say Nigerians are assiduous, inventive, imaginative, innovative and determined is basically the complete attribute of the Igbo man. But what did they make out of what they can get from themselves? Nearly nothing! Except to play servitude so well to those who should live in awe of them.

It is not Nigeria that is dismembering the Igbo nation. It is the Igbo people that have refused to build their nation to operate prosperously within Nigeria. A scientific master plan is still possible if there are people to give a thought to it.  A new industrial evolution can happen if there are long-term ideas, strategized to establish it in Igbo soil.

Educational relevance that could harvest and advance existing innovations in technology and new inventions could have happened 30 years ago if the Igbo man had been able to look back, and look inward, and come together and give life to it purposefully. Unfortunately, their individualistic attitude had not made this possible. Opportunities for development have not been harnessed meaningfully so they exist in the rubbles of underdevelopment and disunity amidst great potentials.

If the Igbo man is rejected and classed second rate citizen within the Nigerian polity why then has he given credence to that ostracism by tailing those who do not want them in their mainstream? They could have proved their wisdom by building economy that will put their adversaries at their command.

The Israelis have not waited for anyone to help them. A tiny nation with the worst kind of historic experience, yet they have risen to be a global resource, a sting and terror to existing and would be enemies. The Israeli is one whether on the home soil or in the arctic region. But the Igbo man is not so. I believe the Ibo nation will be great, not from the perspectives of Biafra, but by strategic vision, and skillful regional master plan executed with care. It is never too late to rebuild a decayed foundation.

The question remain the platform that will give the leadership. Someone must provide the leadership. There must be a guide, a template, a goal that has to be followed. Who is it that will rouse the people to understand the concept of togetherness and self-consciousness? If a lion does not understand the implication of its lioness a goat will mess it up. A viper that does not know it has venom in its mouth will be trampled upon carelessly. The horse is stupid because it has not realized the powers of its strength, that is why even a child can bridle its mouth and lead it to wherever he wills. Without proper leadership, the Ibo nation will continue to be used to play the chase game of Nigerian politics.

But greatness of the Ibo nation is possible if they have someone to educate them to believe in themselves. The need a rallying point- strong selfless figures, someone or group they can believe in. A voice of influence, a character they can trust and respect. Who is it that can sacrifice for such assignment at this point in time? The Yoruba nation did it because they have the ability to recognize leadership. They can plan, strategize and execute intelligently. And they can collect all your billions of naira and dollars during elections and still vote against you. Is this not true?

Anyway, let the Igbos wake up. Let them begin to think of their homeland and remember it is still in tatters. They may have factories in Lagos, ‘Isi Ewu’ joints in Texas, mansions in Abuja and thriving consultancy firm in London. Good and fine, but of what good is it when you forget to bring back part of your progress to your father’s compound? A cottage industry facilitated back home is something.

Development ideas sold to or facilitated for your local government could help. Funding scholarships for some of the youths whom unemployment has tempted into kidnapping and armed robbery will reduce crime. The message is that the Iboland needs attention at all fronts, and it is time for them to look back and observe they are presently in a formidable mess.

Denying the Igbo nation is in a peculiar mess (apologies to ‘penkelemes’) is to compound their problem. The “money, money, I will make it at all means” attitude has wasted generations of the Igbo youths, and lots of work need to be done in that regards. Someone suggested bringing back the battalion of Igbo youths hawking ‘okirika’ in the name of trading to return to school.

Neglecting to be properly educated in quest for early or quick money will make you ineffective when men gather to decide the destiny of their nation. Akwa Ibom State successfully recalled their indigenes who are house boys in homes across Nigeria and put them in schools, Igbos can salvage their youths too if anyone care enough.

Thu Nov 14 , 2019
284 Africa’s giant, Nigeria is widely known for its petroleum production and exportation as a major source of the nation’s economy accounting for about 95% of foreign exchange income and 70% of government revenue. This black nation remains the largest oil producer in Africa and the 12th largest producer in […] 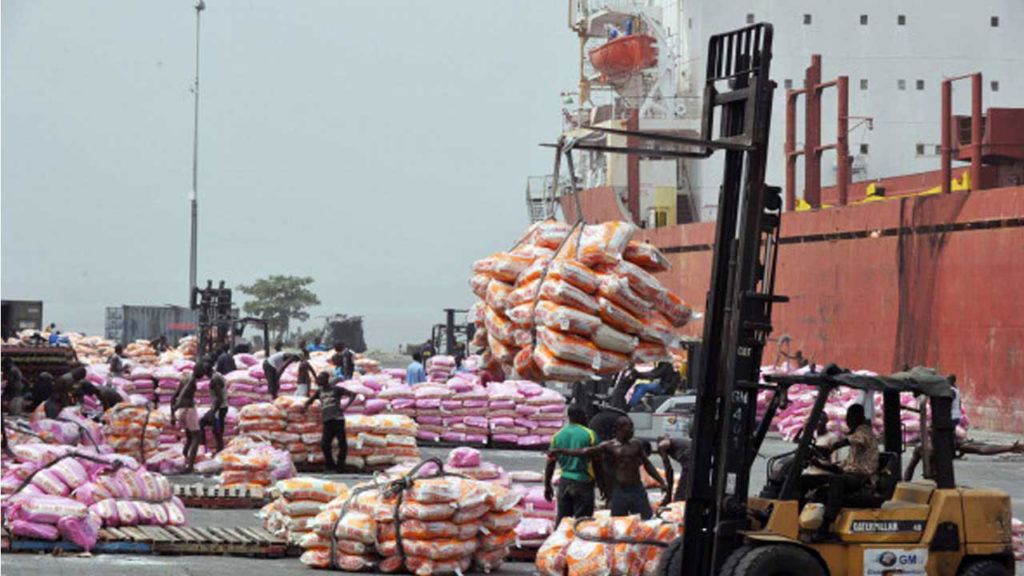