The recent immediate and prompt reaction to the viral video made by Barrister Maxwell Opara; a human rights activist in Abuja on the plight of Mr. Philip Okoro’s family of Umudimara, Ekwerazu Town in Ahiazu Mbaise L.G.A of Imo State is a practical expression of the will of the wife of the Executive Governor of Imo State in using her office in ameliorating the plights of the indigents in the State.

Senior Special Assistant (Programs and Communications), Office of the Wife of the Governor of Imo State; Mr. Martin Onyegbado who revealed that Her Excellency on hearing the situation of Mr. Philip Okoro sent an immediate evaluation team to the family of Mr. Peter, added that Mr. Philp is a widower who has been laid off from work and is faced with the challenges of fending for himself and his 2 physically challenged sons.

Continuing, Mr. Martin informed that in helping to ameliorate his situation, Her Excellency presented him with a tricycle to enable him fend for his family. In addition, a cash donation was given and through Her Excellency’s Foundation, a medical evaluation and care has been set in motion for the two physically challenged sons.

It would be recalled that not too long ago Barrister Maxwell Opara had made a video of the situation of Mr. Peter Okoro’s family wherein he called the attention of the wife of the Governor on the plight of the family. The video, which showed the grandmother with the two sons of Mr. Philip Okoro went viral on social media.

Wed Nov 27 , 2019
790 By The World Satellite   Imo State Government under the leadership of Rt. Hon Emeka Ihedioha has expressed its dedication to champion the initiative to reform and reorient juvenile offenders as useful members of the society. His Excellency, Governor Emeka Ihedioha stated this while declaring open the SAVE THE […] 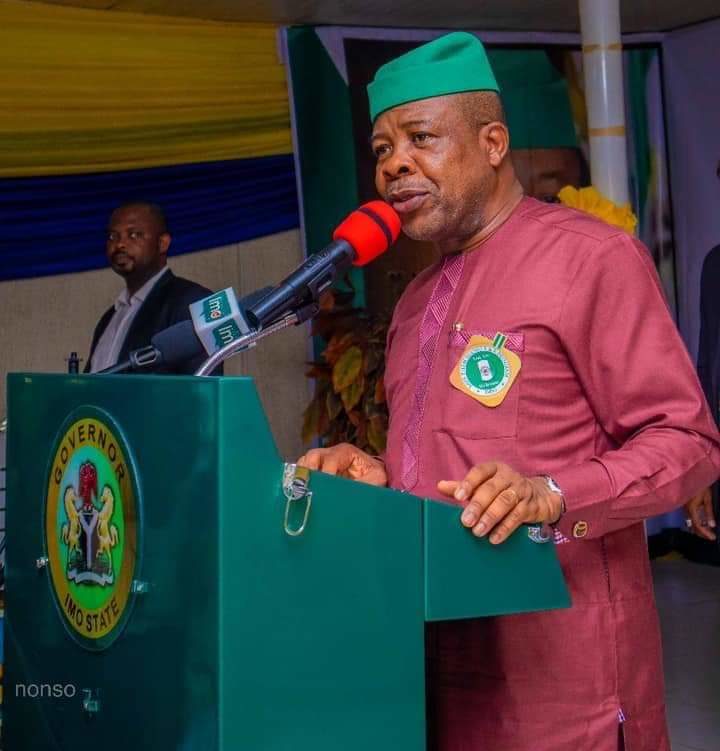