Identified as the future of the African Modelling Industry, Miss Ebereuche Fortunate is a manifestation of a hybrid cultural upbringing which has directly influenced her emergence as the 2019 Face of Glamorous Models Africa.

The Face of Glamorous Models Africa is a trademark of Glamorous Models Africa; an agency built on decency in bringing out the best in models, and upcoming models to limelight. The 2019 edition tagged: “Finding the Glamour in you” was a one month digital contest, which ended yesterday. It was organized to build young girls as well as empower them to become women of substance.

In a chat with The World Satellite shortly after the announcement, the winner; Miss Ebereuche Fortunate demonstrated a commitment to serve generally, and a career supporting the undeserved, particularly. “I will use the platform given to me by Glamorous Models Africa to touch lives. I believe the best way of investing resources is when people are happy, especially those who can’t pay you back”, she explained.

Also, Miss Ebereuche; a 200 level undergraduate of the University of Port Harcourt expressed that the cultural richness, grace, dedication, leadership and strength that the Face of Glamorous Models Africa’s organizers exemplifies will inspire her to us her voice, passion and position to raise awareness on the issue of the Girl-Child in Nigeria and beyond by promoting entrepreneurship and vocational education amongst young girls to enhance sustainable socio-economic development with emphasis on education and empowering the Nigerian Girl-Child.

Furthermore, the Imo State born queen was convinced that her role as the Face of Glamorous Models Africa will enable her to shine the spotlight on Nigeria and beyond, tell her story, inspire others and most importantly serve humanity.

In her own remarks, the CEO of Glamorous Models Agency; Miss Ugochi Uzoigwe noted that 35 contestants from across Africa participated and were judged based on the strength of their social media followership and most importantly on character and boldness based on their video challenges.

Explaining why she organized such a contest, the first ever Face of Okpanku Pageant said: “As an ex-beauty queen and having listened to young girls, I realized that a lot want to take modelling as a profession but not knowing what right steps to take. So my team and I decided to put together this digital contest to give opportunity for young aspiring models to fulfil their professional dream”.

Continuing, Miss Ugochi; one of Nigeria’s talented Runway and Fashion Models informed that the coronation and victory party will be held in the month of January wherein Heads of Diplomatic Missions accredited to Nigeria,  Senior Government Officials, business men and women and members of the Modelling and Entertainment Industry will be present.

Conclusively, she congratulated the 2019 Glamour Queen; Miss Ebereuche Fortunate as well as advised her to carry out her face built on the foundation of dignity and decency.

Mon Dec 16 , 2019
747 By Sam Omatseye   THE Sowore saga shows a state in search of a sage. They set up a stage, filled it with a cast so peculiar and they treated us to a theatre of the absurd. It first seemed improbable, then it was a laugh, then a farce […] 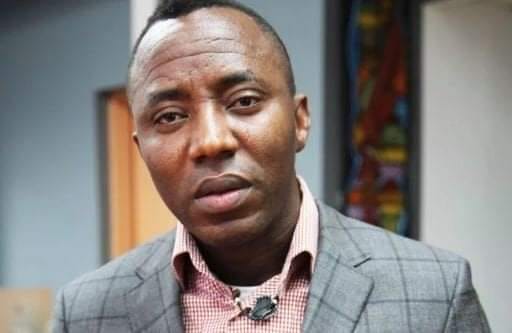