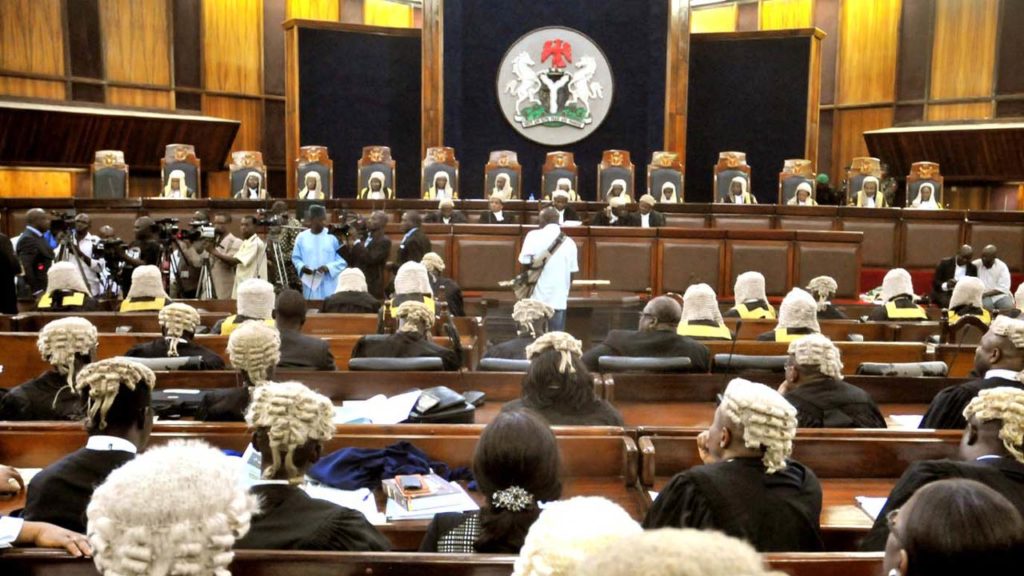 It is no longer a conjecture that Rt. Hon. Emeka Ihedioha and the People’s Democratic Party have headed back to the Supreme Court to seek a revisit and revise of the controversial and infuriating verdict of the apex court on Imo governorship election petition. A contrived verdict many have dubbed mathematical injustice.

The fresh application was effectively filed on Wednesday February 5. Not a few well-meaning Nigerians consider this new move by Ihedioha as apt and welcoming for a number of pungent reasons.

First is its salvage import. Ihedioha’s return to the Law Court essentially offers the Supreme Court a veritable window to redress the wide-ranging and evidence-based anomalies and judicial blunder inherent in the judgement that resulted in the miscarriage and subversion of justice. Since the ruling, the Supreme Court has not known peace.

It has justifiably come under constant attacks and condemnations. These have been underpinned by country-wide and global peaceful protests with the protesters pressing for the amendment of the judgement and the sack of the Chief Justice of Nigeria, Justice Tanko Mohammed

This development has not only left the Supreme Court utterly embarrassed but has logically resulted in the desecration of the sacredness of the apex court, thereby putting the hitherto respected highest bench in the land into opprobrium.

These unfortunate and reprehensible realities make a total overhaul of the troubled judgement not only urgent but judiciously imperative. This has become crucial and instructive to serve as a balm to cleanse and atone the apex court, set apart as a bastion of justice and last hope of the oppressed.

Besides, the nation’s jurisprudence would be much better, if the ruling is remedied. This is because the Supreme Court being the highest court of law in the country is a policy making judicial body that sets precedents for the lower courts to follow through decided cases.

Consequently, if the obvious abuse of justice inherent in the judgement is allowed to stay, it will., too lamentably, erode the values of reprieve, justice and faith in the judiciary. More so, it will have double-edged and devastating effects on the Nigeria legal system.

For instance, many principled legal Counsels and Judges will basically refuse to cite it because of its intrinsic unscrupulous nature. “A judgement no one would comfortably follow in future would be a great attack on the doctrine of judicial precedent”, Tony Iredia submitted.

The judgement is also a bad omen for our democracy that is still embryonic. Given the heightened fury that attended the brazen subversion of the collective mandate Imo people bequeathed to Ihedioha, it is incontrovertible that Imo and indeed other states (as the anti- Supreme Court protests have been assuming a nationwide dimension) would be heading for voter’s apathy in subsequent elections.

This will regrettably set our democracy on backward integration. But then, the critical place of democracy in modernity, globalization and development makes any such recessive shift unacceptable. In this realization, the reconsideration of the judgement is not only compelling but rational and plausible.

Besides the review of the judgement would be in the best interest of the vast majority of Imo people. This is evidenced in the fact that Ihedioha’s seven months on the saddle brought happiness, satisfaction and remarkable development to the state.

Ihedioha threw up massive infrastructural development with 25 roads projects undertaken simultaneously. Due process, accountability and transparency were enthroned in government business leading to Imo being listed as the least corrupt state in Nigeria by the National Bureau of Statistics and relevant international development agencies.

He commenced regular payment of pensioners’ entitlements after six years of non-payment and increased workers’ salaries. He boosted the Internally Generated Revenue from N250m to N1.2b, just to mention a few of his accomplishments.

These inimitable realities underscore the reasons why well-intentioned Nigerians including statesmen, politicians, scholars, legal luminaries, conveners of Civil Society Organizations and members of the Diaspora Community are in one accord for the judgement to be revisited and Ihedioha restored such that justice is not only done but seen to have been done.

Chief Mbazulike Amechi; First Republic Minister of Aviation who was a key member of the defunct Zikist Movement described the judgement as a coup against Imo people and demanded that it should be reversed without delay.

Bishop Emmanuel Chukwuma who spoke on behalf of the Anglican Church Bishops accordingly submitted: “The judgement is wicked and corrupt. We warn that failure to reverse it could attract wrath of God”.

Tony Iredia, former spokesman of INEC advised Ihedioha to rely on Order 8 Rule 6 to return to the Court towards ensuring the “correction of the mathematical error, the clerical error, accidental slip or omission inherent in the judgement”. This view was shared by notable human rights lawyers such as Mike Ozekhome, Femi Falana, Ifeanyi Okonkwo and Prof Chidi Odinkalu

New York-based Imo Diaspora Coalition for Justice and Democracy also pushing for the judgement redress and restoration of Ihedioha has mapped out plans to invite the diplomatic missions of European countries, United States, Canada, Asian nations of China, Japan to the Supreme Court planned review of the judgement.

However, one-time Justice of the Supreme Court, Late Justice Chukwudifu Oputa known during his time as Socrates because of his preeminent disposition in jurisprudence pointed the way forward in his classical submission in 1989 while delivering a lead judgement.

According to him, the apex court can actually over-rule its judgement because “it is far better to admit an error than to preserve it”. This serves as veritable diet and roadmap for CJN Tanko Mohammed and the other six Justices who delivered the offensive judgement to digest and implement towards ensuring that justice is done in the case and to save the apex court from further hit, hate and desecration.

One thought on “IMO: Supreme Court Judgement and Urgent Need for Correction”

Fri Feb 7 , 2020
326 By The World Satellite. Over a long period of time, celebrities have obviously dictated the trend in fashion and style not only in Nigeria but the world over. It is not uncommon to see people going for a type of suit, a tie or a pair of shoes worn by […] 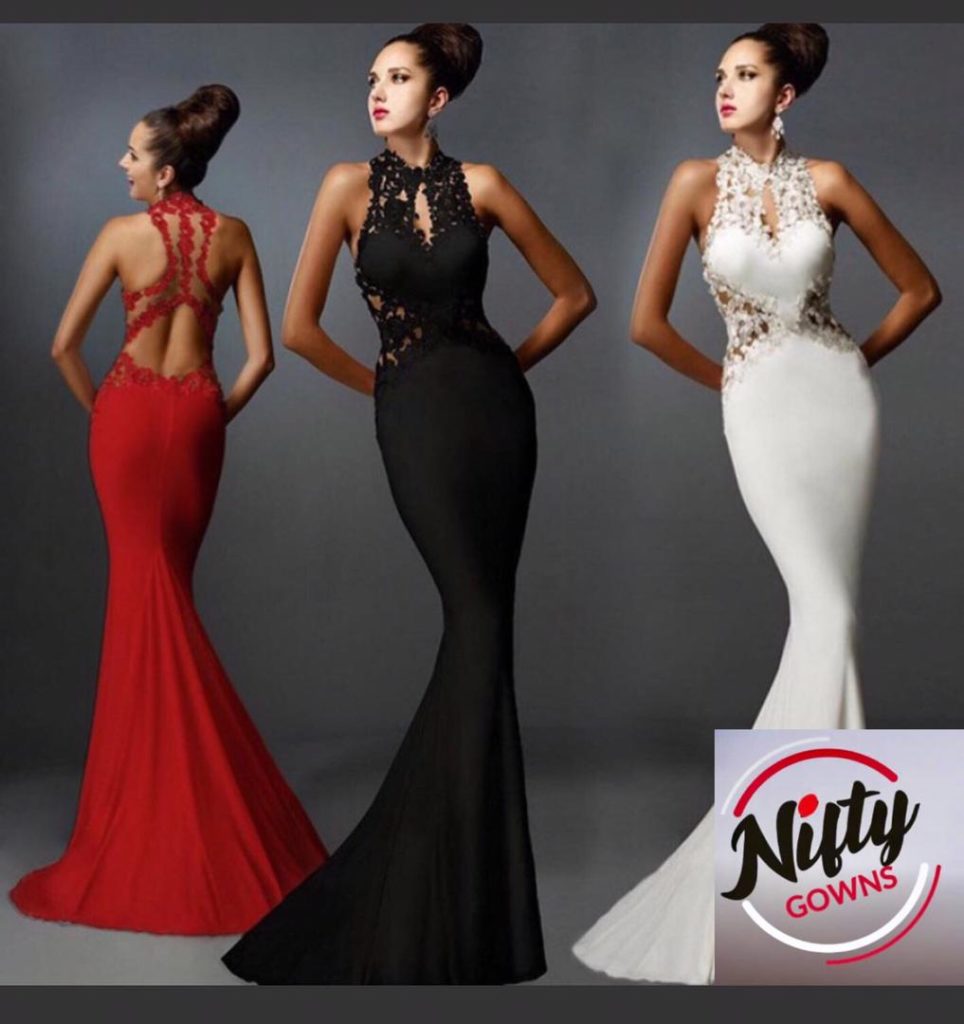