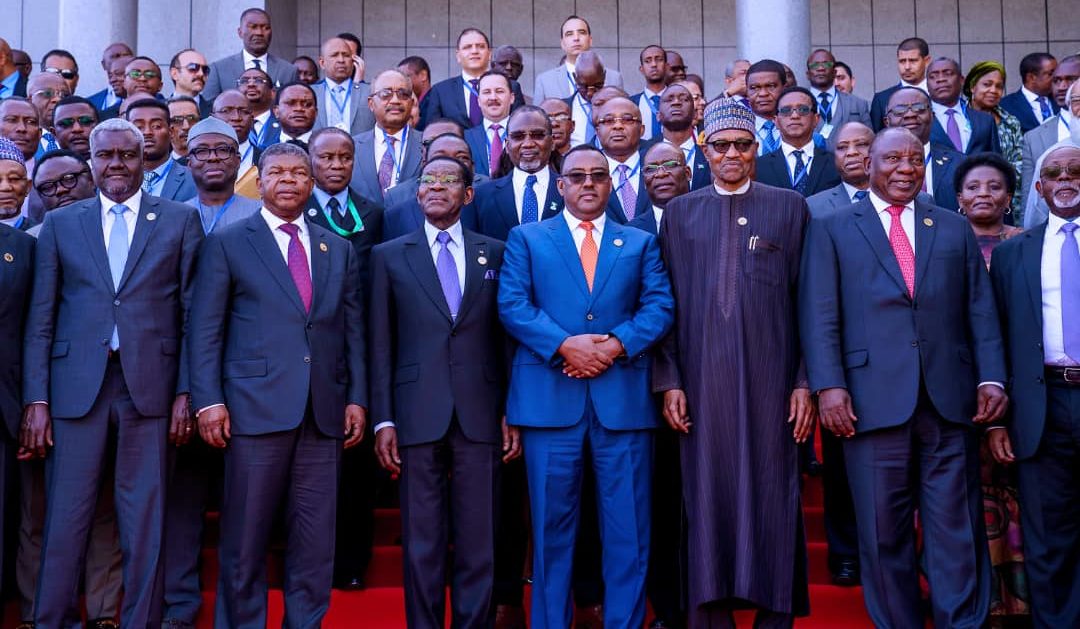 President Muhammadu Buhari on Sunday joined his counterparts from Equatorial Guinea, Federal Democratic Republic of Ethiopia and other African leaders to inaugurate the headquarters of the Committee of Intelligence and Security Services (CISSA) in Addis Ababa, Ethiopia with a pledge to intensify security cooperation.

The side event of the inauguration of the head office building, donated by the Republic of Equatorial Guinea, took place on the margins of the 33rd AU Summit.

In his remarks, the Chairperson of CISSA and Director-General of National Intelligence Agency (NIA) of Nigeria; Ambassador Ahmed Rufai Abubakar, described the building as a product of vision, generosity, partnership and African solidarity.

He thanked President Teodoro Obiang Nguema Mbasogo of Equatorial Guinea for his generosity and the Prime Minister and Government of Ethiopia for providing the piece of land on which the project is situated. 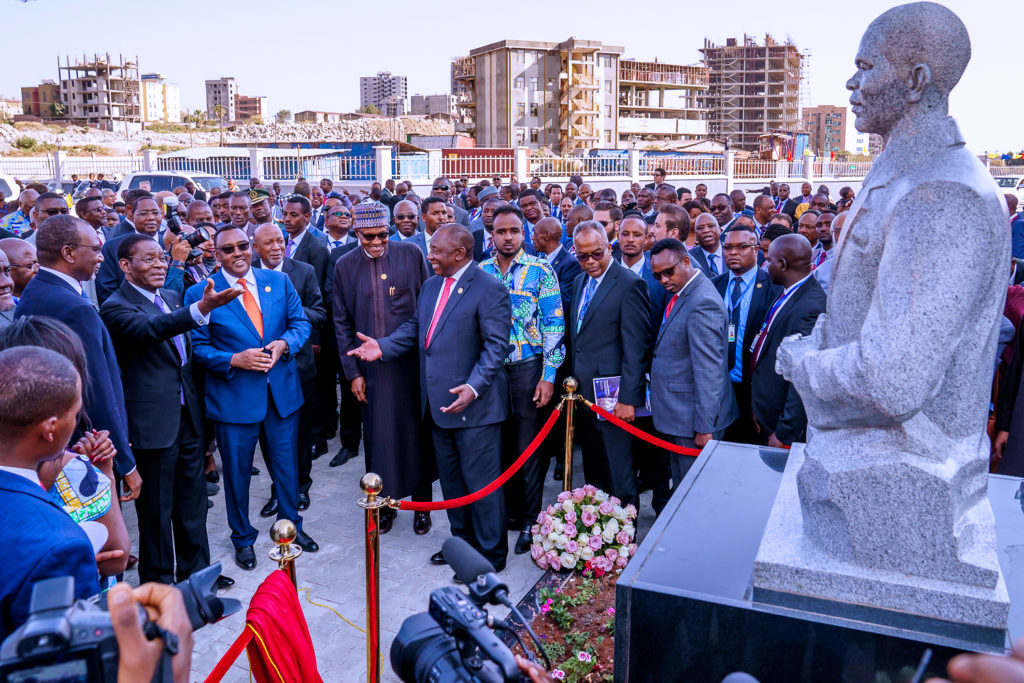 ”Our greatest debt of gratitude, we owe to President Teodoro Obiang Nguema Mbasogo for his generosity and unrelenting support for the project. Since the laying of the Foundation Stone on 31st January 2017, H.E. President Mbasogo has maintained an active role towards ensuring that the building project is completed on schedule.

”CISSA fully appreciates this Pan-African gesture. We are grateful to Your Excellency as well. Few member countries, including Sudan, Angola, Djibouti, Namibia, South Africa and Tanzania provided seed money for the project. We thank you.

”In the sixteen years of its existence, CISSA has evolved into a truly continental organization with 52 members, making significant contributions to the implementation of its mandate.

”All this was possible because of the support, assistance and contributions of member countries, ranging from timely and consistent payment of dues, secondment of staff, technical assistance and special grants. 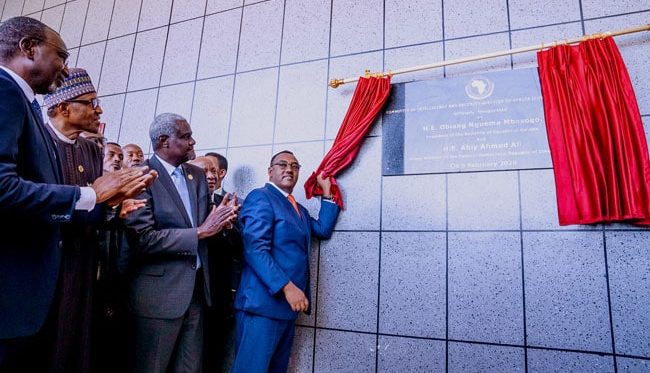 ”Here, Nigeria, Algeria, Sudan and South Africa stand out. We thank all our Heads of State and Government for your support, trust and guidance. We assure you of our dedication and commitment to service, ” he remarked.

The CISSA Chairperson also expressed gratitude to the AU Commission Chairperson, Moussa Faki, for his interest in the Committee’s work and encouragement.

”Today, the dream of a befitting Headquarters for CISSA has become a reality. With this, we re-commit ourselves to the collective task of making Africa safe and stable, while also continuing to work for global peace and security,” he said.

The decision to establish CISSA was made on 26 August 2004 in Abuja, Nigeria by Heads of Intelligence and Security Services of Africa. 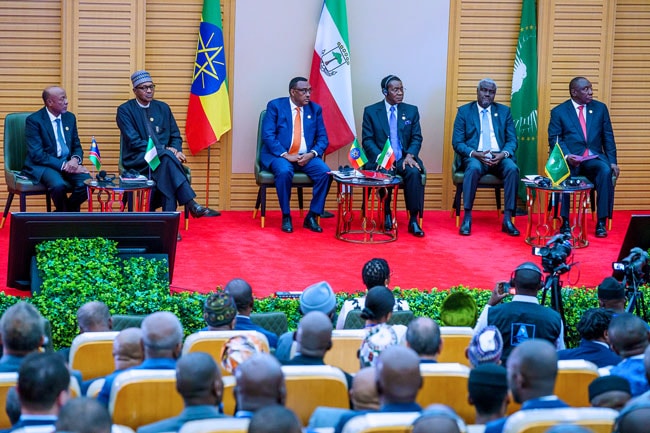 The Mandate of CISSA is to provide the African Union Commission (AUC) and its (MEMBERS’ member’s) services with timely and insightful intelligence, which would assist them in making informed decisions.

It is also a platform where member services exchange intelligence, expertise and experiences while dealing with common threats that affect the continent.

PORTRAIT OF A BAD LEADER: How Oshiomhole is Destroying Nigeria

Mon Feb 10 , 2020
458 By Dan Ugwu. Adams Eric Aliyu Oshiomhole is the national Chairman of All Progressive Congress (APC) party in Nigeria. Oshiomhole, former president of Nigerian Labour Congress emerged APC headsman on June 23, 2018 following a voice vote by delegates at the party National convention in Abuja. During his Labour […] 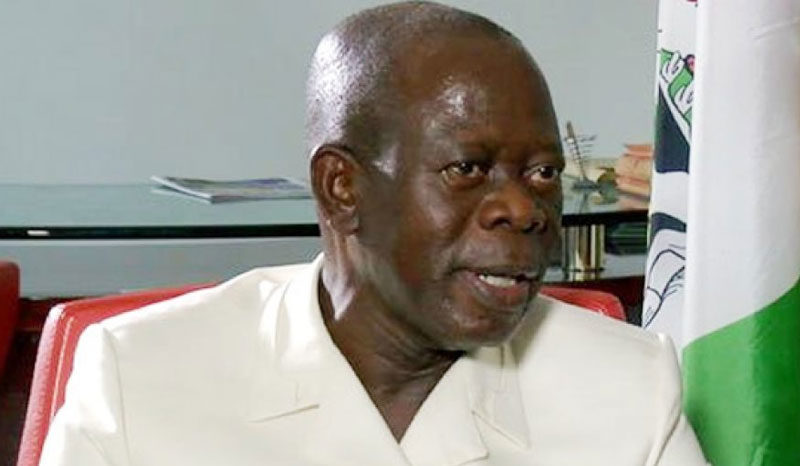