President Muhammadu Buhari has assured that with the various reform agenda implemented by his administration, Nigeria has reached advanced stage in Fiscal Transparency.

The President gave this assurance on Tuesday in Kaduna at the Passing-Out Parade of Detective Inspector Course Five, of the Economic and Financial Crimes Commission (EFCC).

“The Appropriation Bill is placed online within hours of its presentation in the National Assembly. The Budget Office of the Federation has been engaging interest groups in the budget cycle. A pilot scheme of 10 MDAs has been test running online display of their budgets and expenditure movements.”

“My resolve is to ensure that the reforms are deepened such that there will be no hiding place for corrupt persons and proceeds of corruption. My aim is to ensure that no government financial transaction is done in secret and all are subjected to public scrutiny.

“The objective of this administration is to institute a level of transparency in governance through mainly information technology platforms. Just as advanced democracies and some developing countries, I am determined that within a short period, citizens would be able to follow core government operations online,” President Buhari said. 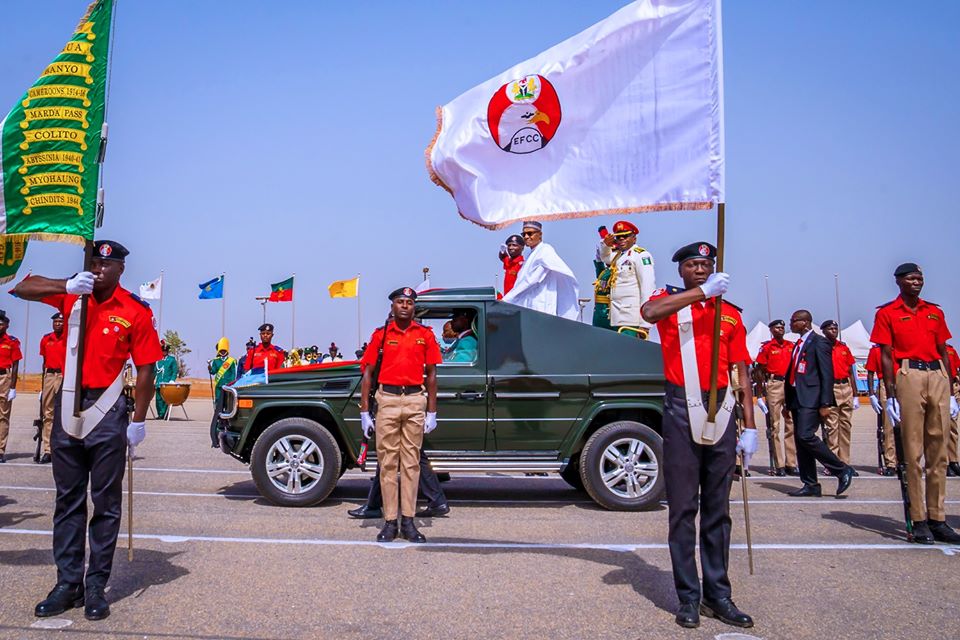 While noting that the Federal Government’s commitment to online disclosure of Beneficial Owners of Companies generally within the framework of the Corporate Affairs Commission and in the extractive industries through Nigeria Extractive Industries Transparency Initiative (NEITI) is on course, the President added: “I am aware that the portals are ready but owners of companies are unwilling to comply with all disclosure requirements. May I use this opportunity to urge all well-meaning Nigerians to fully comply.”

According to him, the Federal Government have been working within the frameworks of National Action Plan for Open Government Partnership (OGP), National Anti-Corruption Strategy, which is an adaptation of United Nations Convention Against Corruption and the Global Forum for Asset Recovery (GFAR).

“Several of the reforms have been effective for several years with great impact on revenue and expenditure management. These include; the Government Integrated, Financial and Management Information System (GIFMIS), Integrated Payroll and Personnel Information System (IPPIS), Single Treasury Account, and Bank Verification Number (BVN).

“Executive Orders, such as Preservation of Suspicious Assets Connected with Corruption (Executive Order 6), Nigerian Financial Intelligence Unit (NFIU) Act 2018; and Mutual Assistance in Criminal Matters Act 2018 have been operating for a few years and effectively limiting system opportunities for corrupt practices,” He explained.

The President further informed that his administration, right from the inception, aligned with the Open Governance Partnership and Global Forum for Asset Recovery in addition to existing commitments to African Union and Economic Community of West African States’ Conventions Against Corruption, and the United Nations Convention Against Corruption (UNCAC).

Undoubtedly, these frameworks focus significantly on systems reforms in order to prevent corruption, President Buahri noted that Nigeria’s active participation in these global anti-corruption platforms means that the country is subjecting itself to periodic review of its progress in implementing the articles of conventions thus the fight against corruption.

Concluding, President Buhari praised efforts of the EFCC in making the war against corruption effective: “I have listened attentively to the report in the speech presented by the Chairman of EFCC. The report is an attestation that the right policies have been put in place to fight corruption and the fight is becoming much more effective. I make bold to say that Nigeria is winning the war against corruption. I congratulate the EFCC on its good work and I urge that the current level of success be sustained and accelerated,” he said.

Earlier in his remarks, the EFCC acting Chairman; Ibrahim Magu said that “EFCC on its part is currently developing its Statement of Strategy for 2020 to 2025, in line with the five pillars of National Anti-Corruption Strategy. This, according to him, was preceded by an earlier strategic plan which was successfully implemented.”

Additionally, noted that with the support of development partners, EFCC has built one of the best investigative laboratories in West Africa, which has aided investigators and prosecutors in achieving accuracy and deployment of incontrovertible evidence in courts. He also identified communication as key to the overall success of the organization’s activities.

Fri Feb 21 , 2020
744 By Kennedy Onyegbado.   She comes across as a very modest, may be even plain – a plain beautiful woman. And then she begins to talk, and the plainness about her dissolves and you catch your breath at her eloquence, her depth, her talents and her vision. Queen Gloria […] 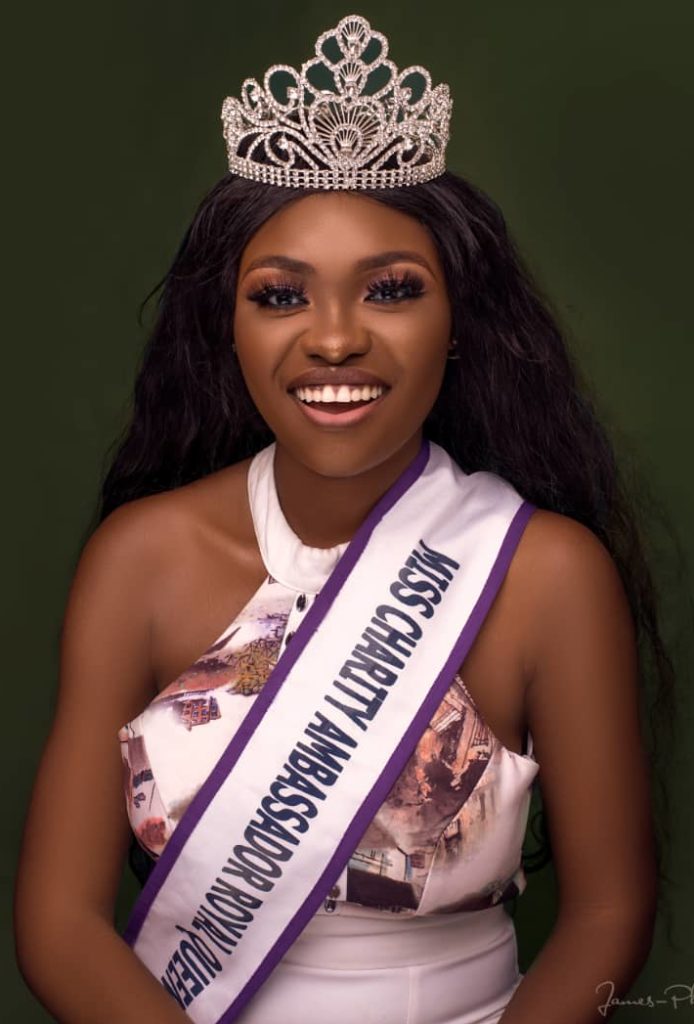