Queen Gloria Tor; the current holder of Miss Charity Ambassador-Royal Queen is a perfect example of a youth persona, who has broken free from imposed and self-imposed blockades that usually dragged behind, most individual youths from achieving their dreams.

From a modest background, queen Gloria who hails from Benue State was born in Jos, Plateau State of Nigeria. She had her elementary education at Naowa Model Nursery and Primary School, Abuja. Subsequently, she proceeded to attend the MT Tabor International collage, kufang, Jos and was later admitted into the Benue State University where she is presently a final year student of Mass Communication.

Very assiduous, focused and result oriented, Queen Gloria has overtime demonstrated her passion for humanitarian services as growing up, she has been upbeat about becoming the hope of the hopeless and putting smile of the faces of the indigent in the society.

Her zeal and passion for charitable services became more profound when she contested for the 2019 edition of the  Miss Charity Ambassador Organization’s Beauty Pageant. Miss Gloria who rode on the crest of the desire to promote charity, peace, socio cultural integration, youth empowerment, tourism, investment and sustainable development in Nigeria won the Miss Charity Ambassador – Royal Queen.

Acknowledging the fact that the Miss Charity Ambassador Pageant is not just about the funfair of crowning beauty queens, the creative and versatile Gloria has used the platform at discovering and encouraging talented female youths in Nigeria to participate effectively in championing charity campaigns and development in Nigeria.

As a testament of her will and commitment; shortly after the pageant, Queen Gloria paid an advocacy outreach to the Honour Ground Orphanage in Karu Local Government Area of Nasarawa State, Nigeria last December during when she met, interacted and delivered some items as a means of support to about 33 orphans and a new born.

In a chat with her, she revealed that the Honour Ground Orphanage, which is registered with Human Rights Commission has pressing needs and therefore called on the government and cooperate organisations to come to their aide especially in the area of payment of school fees for the kids.

In a media parley shortly after the event, Miss Tor Gloria informed that about 20 kids were sent back to school by making adequate provision for their school fees, bags, sandals, socks and writing materials. “We also enlightened some female students of JSS 3 on life from our viewpoint and further admonished them to take their education more serious”, Miss Tor added.

Describing the event tagged: ‘A Chance for A Better Future’ as fruitful and fulfilling, the 23-year-old said: “The Back to School Project gave me an insight on what showing love means and what it feels like putting smiles on people’s face. With the little given, we received more in terms of prayers and gratitude from the families of the beneficiaries. It was fulfilling and gratifying”.

No doubt, every kind gesture has an inspiration. For Queen Gloria, who is being guided by the maxim; “is that it is better to give than to receive” noted that the act of giving has been one of her attributes and feels glad doing it when the opportunity calls for it.

“If I am in the position to help or reach out and I fail to do that I would forever be restless. Like we all know education is Key and I can’t withstand seeing children at a tender age drop out of school. Being one of the Miss Charity Ambassador Beauty Queens has created that platform for me to help and touch lives in my own little way and I have to do it with joy’’, Queen Gloria explained.

Furthermore, Gloria who combines charity works with acting has the vision to establishing a foundation through which together with NGOs and philanthropists to reach out to people professionally. She also looks forward to modelling for brands

Due to her academics, our Royal Queen of Miss Charity Ambassador hasn’t done much in the area of projects, but looks forward to unveiling her next set of projects immediately she concludes her degree exams this year. These projects according her will include free Medical Outreach, Skills Acquisition programs and Construction of Toilet Seats in secondary schools.

Giving her passion and enthusiasm so far, Queen Tor Gloria Mwuese is a big boost to improving the already strong dynamism and functionality in redefining the essence of Modelling and beauty pageants.

Mon Feb 24 , 2020
851 By Dan Ugwu.   Far from despising the dead, the naming of Ihitte Uboma College of Education after Ben Uwajumogu by Governor Hope Uzodimma is an ugly precedence. What are we going to tell our children when they ask us who was Uwajumogu? Maybe we tell them he was […] 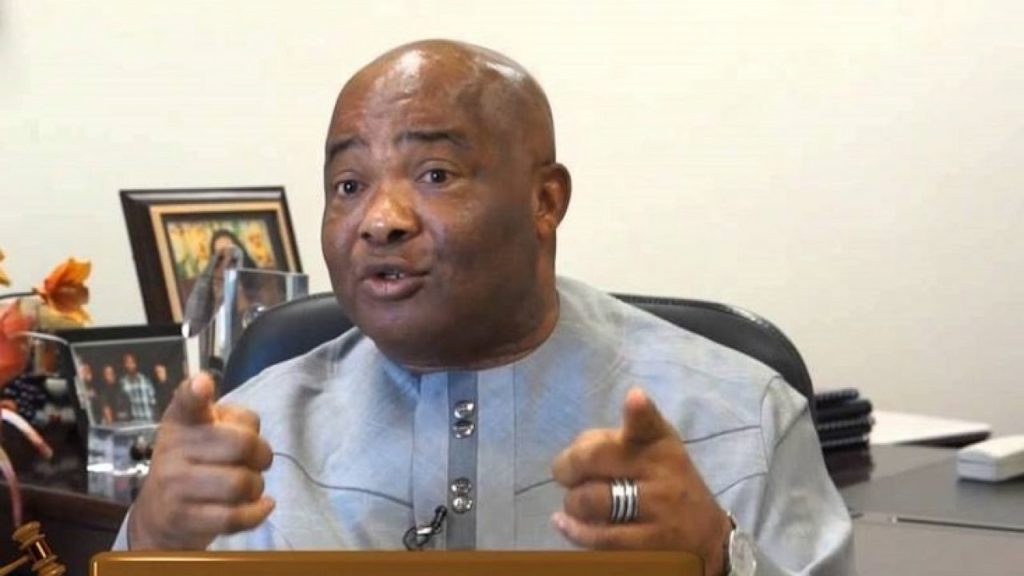