Far from despising the dead, the naming of Ihitte Uboma College of Education after Ben Uwajumogu by Governor Hope Uzodimma is an ugly precedence. What are we going to tell our children when they ask us who was Uwajumogu? Maybe we tell them he was a politician, a lawmaker and senator. Just that?

Educational institutions are named after persons who made wonderful and notable contributions towards education or academics in a state. It is not an opportunity to cement friendship or doll out favour to curry applause.

The late Ben Uwajumogu just like his folks played serious politics in Imo and made his wealth. He also rose to the position of a Speaker in Imo House of Assembly; a position which so many others have also attained.

It is an open secret that state legislators in Nigeria, particularly in Imo State are mere rubber stamps of the state governors. They hardly make any meaningful contributions to the development of their states, as they are there largely on their own. So they strive to get what they want by working for the state governors, rather than working for the people they claim to represent.

Certainly, late Uwajimogu was one of such state legislators and Speakers Imo State had ever had. We do know that the situation was worst during Okorocha’s ill-fated administration when Imo State legislators were practically nonexistent.

As a senator, late Uwajimogu represented just one third part of Imo State. His roles and achievements as a senator, to the best of my knowledge can hardly be outstanding. If this is so, how then can Hope Uzodinma justify naming Imo State College of Education after the late Senator Uwajimogu?

Sincerely speaking, can any right thinking Imolite testify with evidences that the late Uwajimogu falls into the class of Imo Statesmen, professional high fliers and outstanding entrepreneurs that deserve being named after a public institution of that type to honour and immortalize them?

I will hardly identify him in the class of people like the Arochukwu born ALVAN IKOKU who was an educationist, statesman and activist. Unwana born FRANCIS AKANU IBIAM was a distinguished medical missionary and governor of Eastern Region, and MICHAEL OKPARA; a physician of note who made waves as the youngest Premier of Eastern Nigeria.

Ben Uwajumogu could have merited the naming of other structures like roads, streets or facilities as the governor may seem fit. Such merits could have gone to persons like the Professor Celestine Onwuliri, Justice Oputa or Engr. Ezekiel Izuogu who explored African technology. Am sure there other socially and educationally relevant persons in Ihitte Uboma too.

As a lawmaker, Senator Uzodimma should also know that such ventures are passed as Bills to the House of Assembly. The Imo lawmakers have that prerogative according to Law Number Four of 1984 and the subsequent amendment of the Law carried out by the House in 2004.

One will recall that when Ikedi Ohakim sought to rename Imo State University (IMSU) after the late Evan Enwerem, it caused pandemonium because the students and some Imolites felt the politician had a failed political carrier especially in the Senate.

In a swift response, the Imo State House of Assembly unanimously amended and passed a Bill that sought among other things, to change the name of IMSU to Evan Enwerem University, Owerri. News of the de-immortalization was widely celebrated by indigens of the state, Alumni of the institution and friends of the university who felt that Enwerem did not deserve that brand of immortalization.

The Abiola University renamed by the president caused crisis that occasioned a law suit filed by students of the University of Lagos (Unilag) observing that the name, which was changed was unconstitutional as it initially was done without parliamentary approval. After litigations, I wonder if that schools still goes by the moniker UNILAG OR MAULAG today.

The governor should also know when acting within the province of the law. This Pyrrhic offer goes a long way to show the mentality and understanding of Nigerian brand of modern-day leaders. The advisers of Governor Uzodimma, if he has one failed in this one.

The governor should be made to understand that educational institutions are very serious monuments that ought not to be politicized. May God accept the soul of the late Senator who died in service to humanity, Amen.

Tue Feb 25 , 2020
397 By Dan UGWU.   Tomorrow, Wednesday, February 26, 2020, the Catholic Church in Nigeria will not only be marked with ash on the foreheads. This time, Nigeria will be robed black. Unlike the prophecy of Jonah where the King wore sackcloth and sat down in the dust as a […] 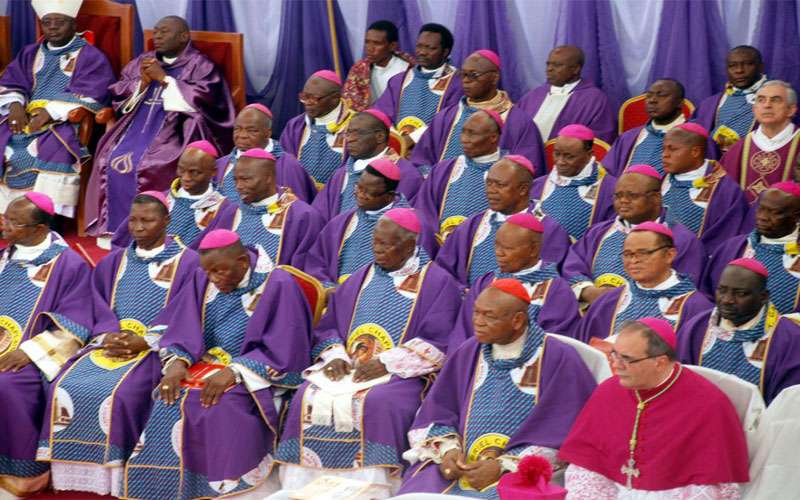