Tomorrow, Wednesday, February 26, 2020, the Catholic Church in Nigeria will not only be marked with ash on the foreheads. This time, Nigeria will be robed black. Unlike the prophecy of Jonah where the King wore sackcloth and sat down in the dust as a sign of reparation, this time, the entire Catholic community, both clergy and lay will be expected to clad in black, not necessarily in observance of the Lenten campaign but in entreaty and call for an end to incessant killings in Nigeria.

This is not the first time the catholic Church is taking campaign of this magnitude to the streets. On Friday September 10, 2010 was also a day of extra-significance and symbolism for the Church. On this day, the Catholic faithful in Owerri Ecclesiastical Province went on procession, clad in black and observed a day of fasting and prayer, pleading for God’s mercy and forgiveness for the many crimes and abominations going on in our society.

Although, I was actually on my way to Lagos on this day, but in the Diocese of Ahiara where I took off from, the turnout was unprecedented. In Okigwe, Owerri and Orlu Dioceses where I went through during my journey, the appearance of thousands upon thousands of people of all grades and gender in procession was both dramatic and somehow terrifying. This is because the symbolism was so obvious to anyone who knows the Igbo culture.

The message of the “black Friday” episode was lucid and direct. The (Nigerian) society has been immersed in an unjust social structure. For instance, poverty has been made structural and kidnapping took a social and political dimension with other sundry evils.

After articulating and meditating over this penitential convocation of the Catholic faithful, so many questions keep calling. Having assumed our individual responsibilities and prayed for our sins, what can the church do to save the socio-economic situation of man?

The challenge posed by insecurity has taken a frightening dimension already, what could be the contribution of the Church to tame this menace? Loot, misappropriation and acute sqaundermania in public offices is almost turning cultural in Nigeria; is there any way the Church can come in solution?

There is fragrant tribunalization of our democracy. This is occasioned by open electoral robbery and manipulations; how best can the Church confront these ills? Political parties have become the bane of our democracy, will the Church remain toothless in its condemnations?

How could the Christian faith become more of a practical realty in the light of the people’s present life? And how could it transform its efficacy to the misruled and oppressed people of Nigeria and convince them that the Christian God is the one who has demonstrated his love for the world in the incarnation and his option for the poor in Christ’s strong criticisms of the rich and the powerful?

These and more are the yawning questions which the BLACK WEDNESDAY should set out to address because the church ought and must fight the structures of sin whether religious, economic, social or political.

Nigeria certainly has gone a long way in her chequered history. The distress we live today in Nigeria does not leave any committed human person neutral. The divisions in Nigeria along ethnic, religious, economic and professional lines make our suffering especially that of the less privileged very severe. 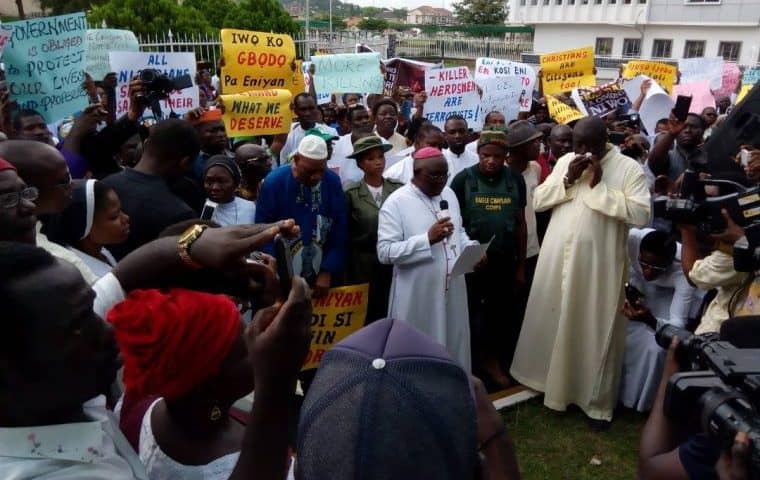 Unfortunately, those who may lead in resisting the oppressor are prevented by loyalties or have their efforts blunted and helmed in by walls of malice and suspicion. There is extreme suffering inflicted on those who are robbed of their possession and denied their human rights and dignity.

Unfortunately, the Church is not even free of these ills. Most at times, the oppressors connive with some leaders of the Church in their filth. These make such clerics optimize the advantage of the pulpit to advance political interests.

Nigeria is indeed lagging behind in all indices of human, religious and infrastructural development. In fact, record has it that about 70% of the Nigerian population live below poverty line. No one doubts the need today for a concerted action to save the situation.

It is within the existence of these social realities that we can assess the social mission of the church. The social mission of the church takes its bearing from the locus classicus of Jesus’ mission, which declares: “The Spirit of the Lord is upon me, for he has anointed me to preach the good news to the poor, he has sent me to announce release to the captive and restoration of sight to the blind, to set free the downtrodden and to proclaim the Lord’s year of favour” (Luke 4:18-19, Isa 61:1-2). 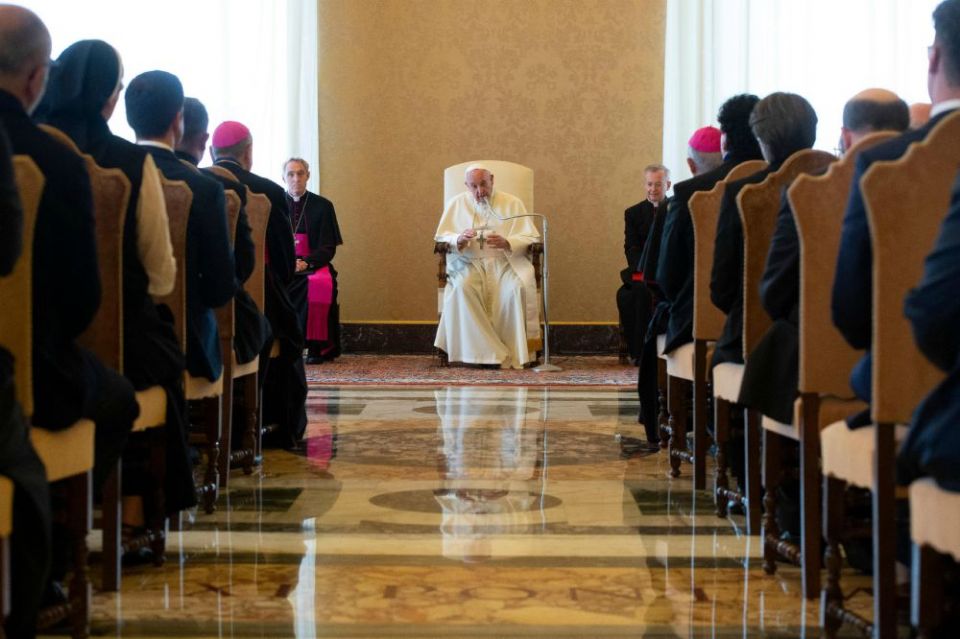 It goes then without gainsaying that Jesus’ announcement sets in motion the social mission of the church. The religion of Jesus as is known has less to fear from sitting down to dine with publicans and sinners than it has to fear from the immaculate isolation of the Pharisees.

In the face of these thrusts, it is imperative to renew the question of the Church’s mission in our contemporary Nigerian society. Does it only consist in praying, preachments as we will see on Ash (Black) Wednesday, seating at the confessional, going on sick calls, issuing Communiques, observing dialogues with government, wearing immaculate white habits and soutanes, organizing crusades and ministries, shouting Holy Ghost fire and purportedly casting out demons?

Do issues of social justice, social responsibility and confronting social evil receive proportionate attention in this mission? It is my submission that the church’s spiritual mission cannot ignore social questions or treat them with levity without offending the mind of Jesus her founder.

So, the church cannot feign ignorance or pretend to be neutral in the midst of the great social struggle that has reduced majority of Nigerians to subhuman conditions. A Church that will have something to tell the people about salvation in the next world but will provide neither succor nor solidarity to a people being enslaved by the oppressive social, economic and political structures of the day will be dismissed as opium of the masses. 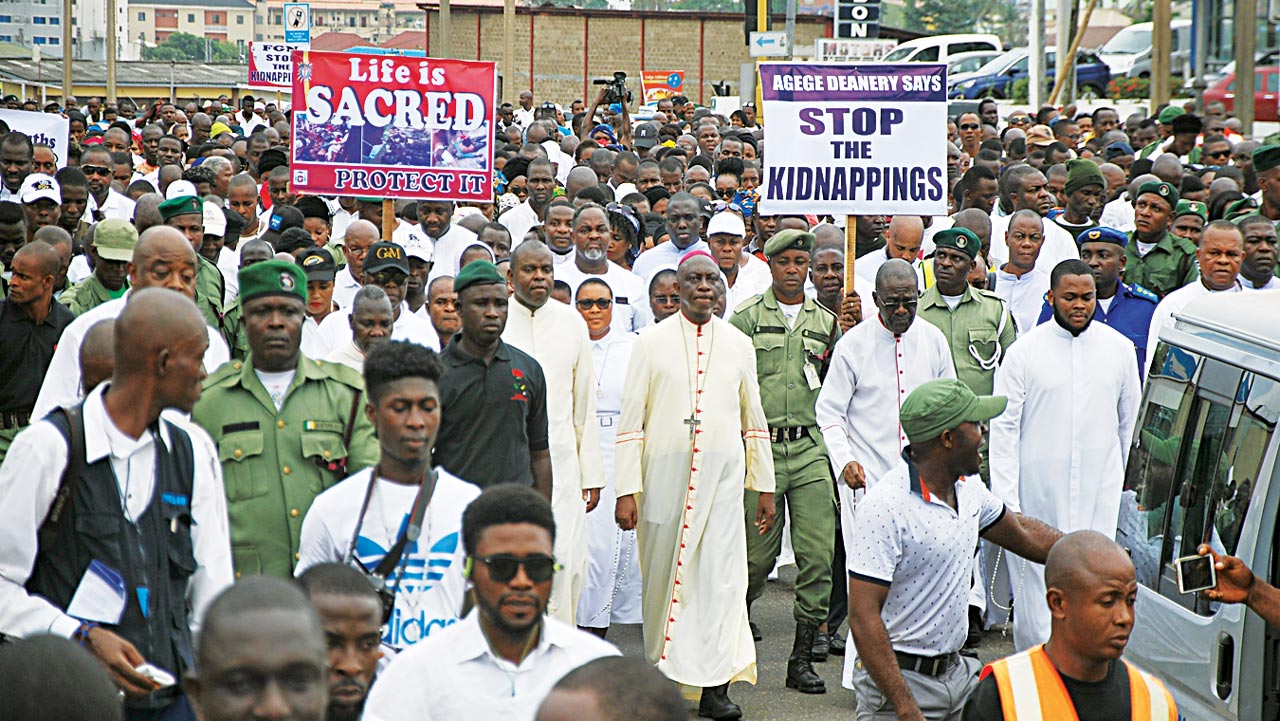 In this case, the Church will be captive as she cannot remove herself from temporal affairs, because the temporal is the activity of men, and all that concerns men concerns the Church. The Church interests herself closely in every generous endeavour which helps to set humanity on the road to heaven and also in the search for well-being, for justice, for peace, for happiness on earth.

Having analyzed the unjust social order of the Nigerian society, it is imperative for the church to be involved in a more critical engagement with the society because the Church’s mission of divinization includes a humanization which is expressed in the words of St. Iraneus that the glory of God is in the living man.

This critical engagement with the society is inspired by various instructions of the Church. Central to the theology and ecclesiology of the Second Vatican Council is its changed understanding of the proper relationship of the world and the Church.

While earlier ecclesiologies had often pictured the Church as refuge from an evil world, Vatican II firmly fixes the vocation of the Christian and indeed the mission of the Church itself within the world which it sees as a place of both sin and grace. 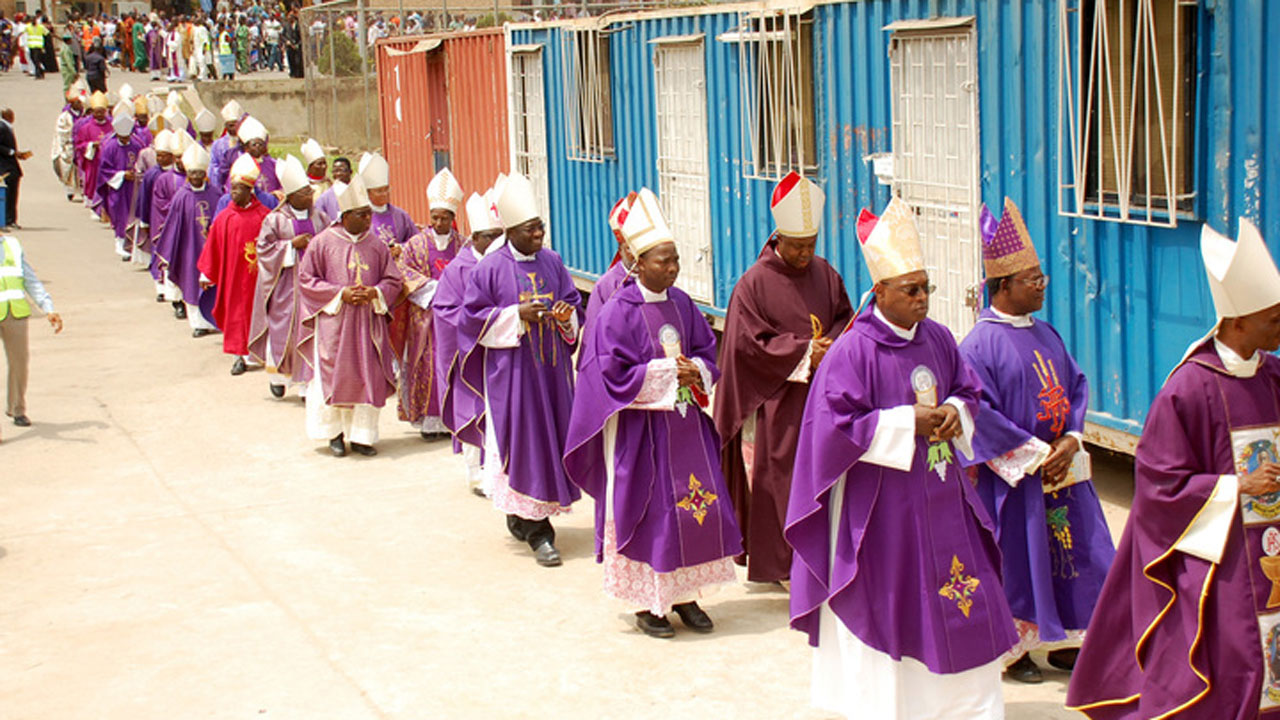 In his 1971 Apostolic Exhortation tittled OCTOGESIMA ADVENIENS, Pope Paul VI among other things recognizes that imbalance decisively affects the outcome of political negotiations and fortifies injustice.

Elsewhere in another document of the Church tittled “Centesimus Annus”, John Paul II argued that such movements as the People Power Movement of the Philippines, the Solidarity Movement in Poland and others that played active roles in transformation of human societies are struggles born out of religion, prayer and trust in God. After all Jesus was bold enough to ask one of the guards beside him “If there is some offence in what I said, point it out; but if not, WHY DO YOU STRIKE ME? (Jn 18: 22-23).

This question of Jesus challenges Christians never to be passive in the face of evil, injustice and oppression. It could also be salvific in the sense that it could bring the oppressors to re-think their actions against the people. Through organs like the JDPC, CARITAS and JUDICIAL COMMISSIONS, the Church can confront agencies like the EFCC, ICPC, INEC, SECURITY FORCES, SENATE, LEGISLATURE AND EVEN THE EXECUTIVE, to query about some happenstances. In this way, they can stand a chance of telling the people things with fact, and as such become the hope of the common masses.

If the Church in Nigeria had made use of the resources at her disposal, oppressive governments and structures would not have survived their days. On August 1, 1988, Chuks Iloegbunam of the now defunct Newswatch magazine wrote an article titled, “They Who Dare Say No to Oppression”.

In that article, he writes: “Each man decides for himself how to react when he is entangled in a web. Some bury their heads in the sand. Others grumble. A few chant songs in praise of oppressive chains, believing freedom is derived therefrom. A class apart says “No” in thunder, using various methods to make their point”. This class of the fearless is of interest in these disconcerting times.

One thought on “BLACK WEDNESDAY: From Fuga Mundi Spirituality to Confrontational Evangelization”

How Safe Is Our Water?

Tue Feb 25 , 2020
547 By The World Satellite.   Isn’t the usual trend open the tap and drink? But in the face of advanced technological breakthroughs we are still far from achieving that. So how safe is this water to the general public? Poor water quality continues to be leading cause of health […] 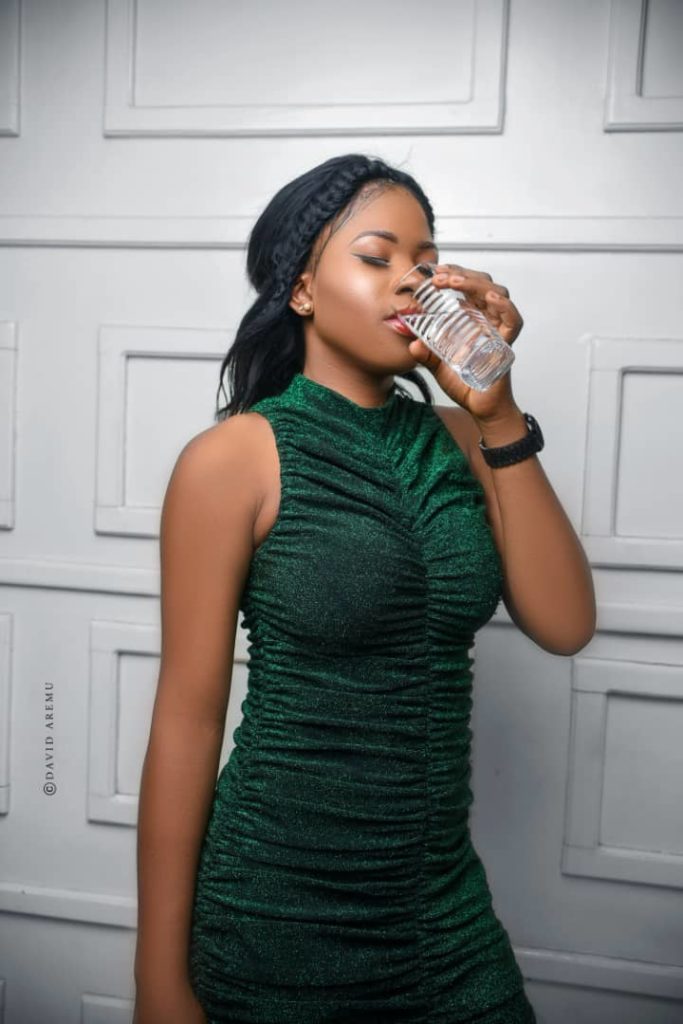