The Imo state literary space has been awash with variety of letters addressed to Rt. Hon. Emeka Ihedioha ever since the Supreme Court unturned his government on January 14, 2020. These letters if compiled will by now take over a big portion of Ihedioha’s shelve.

Ironically, these letters are authored mostly by his political opponents, those who either derive fortune from his political enemies or groups who are expecting some commendations as a product of their charade. The outlet with which these venomous writings sell through are the social media, the hub of acrimonious tweets.

There are also some local tabloids especially in Imo state that have found relish in the publication of these letters, good to mention here is the WHITE PAPER managed by Hon. Chief Sam Onwuemodo. In the most recent edition of this beautiful paper, these letters adorned its front page and banal headlines.

Notable authors of these letters will include Ugwumba Uche Nwosu, Dr. Fabian Ihekweme, Okenze Blyden Amajirionwu, Lemmy Akakem and a battery of other disgruntled groups. If there is anything achieved by these writers, it is unity of purpose. They are united both in their awkward request for Emeka Ihedioha to drop his application for review, and also in their resolve to play to the gallery and win the applause of incumbent governor Hope Uzodimma.

Since most of these letters are open and public, it is not difficult to ascertain the spirit inherent in such epistles. They are not good willed; they rather bespeak the contrary. They come before the reading public as fragments of political gerrymandering, uncultured self-depreciation, self-immolation, stone throwing, name calling, buck passing, bickering, treachery, blackmail and wangling that swing as pendulums among our politicians.

Unfortunately, this has become the besetting factors of our modern-day democracy where finding the person who will always stand by you in politics requires a very subtle alchemy.

Uche Nwosu is a household name in Imo state. He is one of the upcoming politicians that rose to popularity on the wings of his in-law; Senator Rochas Okorocha, former governor of Imo state. He got a huge boost in his ambition when Okorocha picked him to become the next governor.

The struggle to protect him and secure APC guber ticket as against the wish of the party led both himself and the party to defeat. The struggle also ruptured the relationship between Rochas Okorocha and Adams Oshiomhole; APC National Chairman.

At a time, Oshiomhole brokered peace between Rochas and other leaders of the party in Imo and asked him to share structure and candidates with others on a 55-45 ratio where he takes the higher share. Okorocha bluntly refused.

He was asked to allow Hope Uzodimma to continue in the senate. He refused insisting on taking the senate seat while his son in-law takes the guber slot. Okorocha also insisted in nominating all candidates for the senate, House of Representatives and of House of Assembly and only a few like the late Benjamin Uwajumogu who was reelected senator battled to retrieve their candidacies through Oshiomhole’s intervention.

Of course, Okorocha gave Uwajimogu’s slot to one of his weightless cronies Obiareri. All these formed the prelude to the APC crisis in Imo as the wounded elements in various shades and clothings emerged and consequently caved in, waged war against him, battled him and ensured that he went to the election besieged and battered. Therein, he shouted wolf, denigrating and pointing accusing fingers on Hope, Ararume and Ohakim as the major gang up against his political ambition.

At these various stages, Uche Nwosu was in the picture without any advice, rather he even divided the party, took his followers to another party to stand in for the election. This was one of the grievous wounds he inflicted on the party that made it almost impossible for party members to determine where they belonged and who to support.

When Nwosu later approached the Assumpta Cathedral; the seat of the Catholic faith in Imo, the Archbishop Obinna advised him to retrace steps as he was not ripe for such contest. Did he take it? No. Nwosu neither heeded to the voice of reason nor to the appeal from both his party and well-meaning Imolites. Was that all? No.

When he lost the election to Ihedioha of the PDP, he went to court and took him up to the Supreme court without also taking any advice to drop his case and join hands with Ihedioha to work. Now after the ugly marriage of strange associates, he feels he has the moral temerity to litter advise on social network for Ihedioha to drop his appeal. Such advise can only be taken by morons who suffer from dementia and impaired reasoning.

Another person whose letter appeared in the emerging Hope Uzodimma government paper is Okenze Blyden Amajirionwu. Amajirionwu was the state PDP Publicity Secretary. His name came often in the media during the controversy surrounding the death of one Nnanna Eke in Uvuru Ntu, Ngor Okpala Local Government Area of Imo State on December 30, 2012 when he was accused of complicity.

At the dawn of that controversy, we were also muttering prayers for him. He wrote a letter to Emeka Ihedioha advising him to drop his case and render apology to the Supreme court judges. After reading the said letter, it will be easy to conclude that it is a vindictive writing aimed at securing vendetta. There is no single sincerity and love in the note, rather Amajolirionwu was recalling the huge money he spent to secure a PDP slot in Ngor Okpala that failed.

He was also itemizing the different locations where Ihedioha has material properties. Perhaps, these were the reason for his advice for Ihedioha to back down. Dr. Fabian Ihekweme is a Consultant on Political matters and a former Chairman of Imo State Newspapers Ltd.; the Statesman. The White Paper describes him as an arch supporter of Hope Uzodimma, a situation which also puts him in an ugly line of advice.

Since these advise are coming from persons already with a mindset and individuals paid or hopeful to be paid to have an opinion, they are the worst of advice, which Ihedioha should take. Ihedioha is a Nigerian politician like others, he also has right of appeal where necessary and accepted. He has not committed any crime to seek for clarity.

If the Supreme court convinces him on why he was sacked, he has no option than to team up and build up Imo with the new government of Uzodimma. If he is returned as many would doubt, the rest who have also maligned him will be expected to join in praise. This is the Nigeria we have grown to love.

Sat Feb 29 , 2020
634 By Rita Selman.   Alfie Pattern was 13 years old, the mother of his new born was 15 years old. The birth of their child made Britons question their moral values and debate on what they were doing wrong. It doesn’t require the wisdom of a sage to know […] 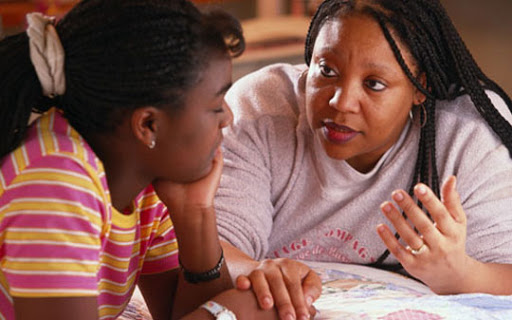