Ordinarily, if not for the communal, committed and concerted effort of Imo people who were bent on ousting the governor Rochas Okorocha’s dynasty and Oligarchy, it would have been a smooth sail for his crony; Ugwumba Uche Nwosu.

Behind Uche Nwosu was Rochas Okorocha and Imo treasury. With Hope Uzodimma was Adams Oshiomhole and the APC militia. Ararume himself enjoyed the friendship of the Presidency to an extent, to the point that his stay with APGA was to be short lived.

It was as if the elements caved in to assail just but one man who had no political sponsor and godfather in the entire process except the generality of Imolites. Just like the biblical David, Ihedioha was never afraid of the myriads set against him on every side. After all the bible said earlier that a thousand soldiers may fall at your side, another ten thousand at your right hand, but it will not come near you.

Barely 8 months into his leadership, the Supreme court struck with terror and upturned a judgement already adjudicated to Ihedioha’s favour by the lower courts. It was like a shot from the blues, Imolites woke up from their deep sleep. What was the news? Hope Uzodimma who had come 4th and who had celebrated Ihedioha’s victory against ‘Rochas family’ has been declared the duely elected governor. Reason: He brought forward to the supreme court alleged padded results from some 388 units situated in his wonderland.

It was not clear to Imo people. Even though Ihedioha had issued his acceptance of the judgement in a somewhat heartbreaking and quite sentimental tone, he was encouraged to apply for explanation and clarity from the hallowed chambers in Abuja. His application is scheduled to take place on March 2, 2020.

This is not all, Ihedioha’s victory in Imo as declared by INEC was the victory of Imolites. This was illustrated by the various ululative renditions spiced with trilling melodies across the state. But today, his sack, his failure to retain to power is gradually becoming his personal lot.

The many comrades who had worn his crested vest, caps and almost shortchanged their names with his, have almost deserted him to flock around the incumbent. Is that all? No. They have variously maligned him to a point of spoiling his political ambition in the bid to create relevance. What is his offence? He contested for governorship.

However, this later development is not shocking to some of us who had followed the acrimonious pattern of Nigerian form of leadership where ‘might is always wealth and right’. This form of desertation is not new to PDP. After all the party isolated itself from Olisa Metuh when the convict was almost robing every person into his witness box. The rest in this category is history.

By Monday, March 2, the Supreme Court will be expected to give its final statement on the earlier judgement. Two things stand in the variables. It is either he will be returned after various errors are itemized or he will still be sacked. In either of the variables, EMEKA IHEDIOHA will never be a failure either to himself, his homestead Mbutu, the Mbaise nation, his Owerri senatorial zone and the entire Imo state that gave him mantle.

After so many years in the Federal House, Ihedioha has made his Marks as an accomplished politician. No matter the picture his traducers and assailants project, Ihedioha remains a hero he is. If anyone doubts this, let him organize a ceremony where Imo political actors will converge and watch where Imo accolades will be emptied. Win or lose, he is made.

With PDP, he still has a brighter future in Nigeria. Win or lose, Ihedioha must have the challenge of nurturing young and progressive politicians who will point to him as a godfather. Godfatherism can only be a vice in a morally bound institution, not in politics where there is broad day sponsorship.

At the end of the day, only those poor and political handicaped citizens are the ones who are left with him today. Apart from a few of them, all those heavyweights he rode with on a motorcade have since resumed duty in the camp of the opposition. After the review, we shall have time to address them and their future individually. In the meantime, when the court dictates on the contrary, only what God wants will happen.

Tue Mar 3 , 2020
332 By Kennedy Onyegbado.   The election of Graham Elendu who represents Nigeria in the Second Assembly of Democracy Africa Youth Parliament (DAYP) as Speaker did not come as a surprise to many observers of African media and youth forum. Amongst the other competent Honourable members who were considered for […] 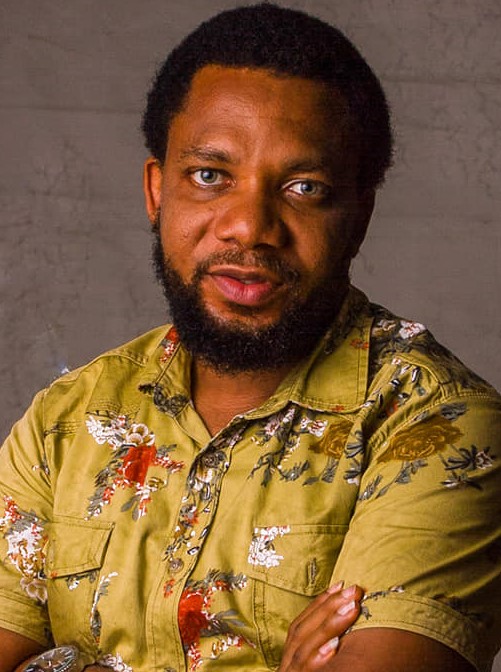