Most people agree that Governor Hope Uzodimma did not have the privilege of a transition period that is conventional for incoming governors. From the time a governorship candidate is declared governor-elect, he has about 90 days to the swearing-in ceremony which ushers in his government. From the day he was sworn-in people would begin the countdown for him.

During the transition period, the governor-elect usually sets up committees with the incumbent. This Committees liaise with the incumbent on a number of fronts, including the actual condition of things, the performance level of the government, the real and expected challenges and the planning of the swearing-in ceremony. Oftentimes too, the governor-elect sets up a committee that helps him in drawing up actionable plans that would meet the challenges on the ground.

Notwithstanding the privilege of a transition period, the new governor usually takes some time off. Some people refer to this period as the learning curve period, the honeymoon period or the teething period. Depending on the individual capacity of the governor, or the combined capacities of the people he assembles to help him run the government, this learning curve period may take some months.

From the day he was sworn-in, he went straight to work, knowing that he had no time for honeymoon. He did not enjoy the benefits of the transition period and its fanfare as his emergence did not provide for that. Not his fault. Not the fault of his predecessor either.

It was shocking to many, therefore, that without the benefits of the transition period and a handover note, Governor Hope Uzodimma runs so fast with the ball, as if he had been running with the ball all along. He marshalled to the people the real thrust of his government. He told the people that in order to address the economic challenges in the state, he had come with the vision of shared prosperity.

He said: “Our New Imo State will enshrine a new culture of shared prosperity in which the commonwealth of the people is made available for the good of all. Above all, it is a new Imo State that will ensure good governance, prosperity, rule of law and equity.

“The mission cuts across party lines, religious leanings and intra-ethnic divides. From now on it will no longer be governance as usual, but governance of the people, by the people and for the people, without discrimination against anyone”.

Not only did the Governor, in an unprecedented move, begin the payment of workers’ salaries on the 25th of every month, beginning from January, he assured that he would pay the N30,000 Minimum Wage when the Committee earlier set up by his predecessor submits its report. He is giving no room for excuses as to why he did not match his promise with action.

With the deficit in cash upon his assumption of office, the Governor did not fancy the idea of keeping his security vote to himself while salaries and pensions and other obligations of the government suffered. He declared a voluntary forfeiture of his security vote, stressing the need to free funds so as to meet government’s current obligations.

In another deft move, the Governor scored first and further demonstrated his commitment to shared prosperity. He paid the January salaries of the members of the Interim Management Committee (IMCs) who were appointed by his predecessor. The members of the IMCs had vacated their offices before the pay-rolling date for January.

According to a report by Greg Nwadike, former S.A. Media to the former IMC Chairman of Orlu LGA: “Many of those appointees of Gov. Ihedioha were surprised early this week [in January] as they were invited to come for their cheques for their January salaries. Yes. Gov. Uzodinma also paid them for the month of January even when they were sacked before the pay-rolling date of 18th”.

Last week, the news broke that the Governor had recalled the over 3,500 workers employed from 2015 and 2018. This act alone would distribute money in at least additional 35,000 families, hitherto disconnected from the economic stream. 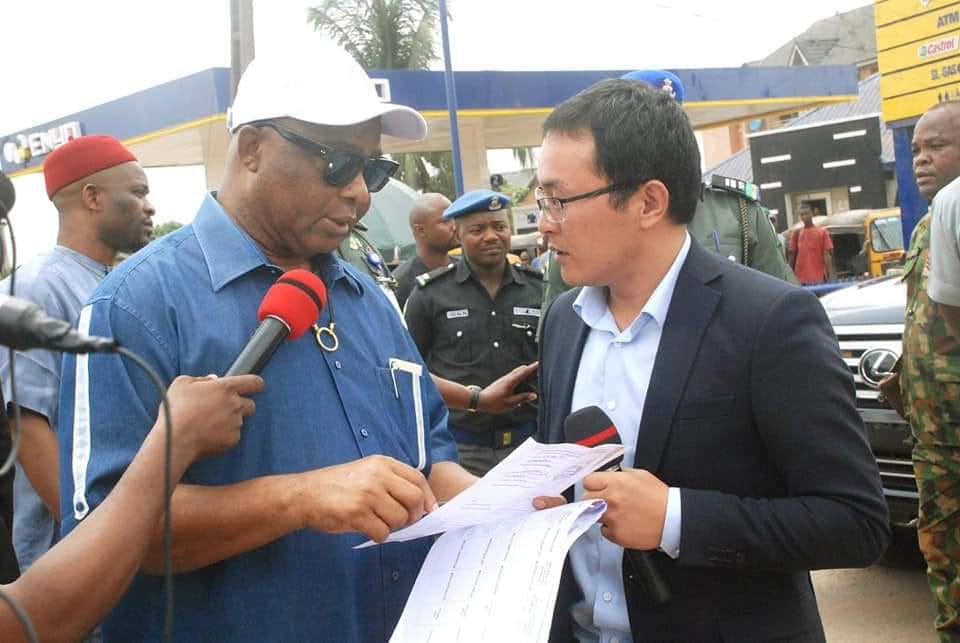 The multiplier effect of this act on the socioe-conomic condition of the people can only be imagined. And if the Governor goes ahead to consider the pleas of the beneficiaries of the Ikedi Ohakim’s10,000 Jobs Scheme, it would bring the figure to 13,500 families.

If the average monthly income is N40,000, it means that N540M will be distributed among 13,500 new families in the state. The best of economists and sociologists can only speculate on the impact of the new N540M in the hands of new 13,500 families monthly.

Underscoring further the pro-family nature of his administration, the Governor assured the people on the core philosophy of his government and the intention of his government to distribute prosperity among the people. He said: “I cannot fire, I can only hire, because I’m on a mission of prosperity in Imo State. Quote me anywhere, anytime, any day”.

The Governor also scored another first when he appointed the first ever female Chief Judge of the state. Inaugurating the new Chief Judge, Hon. Justice Ijeoma Agugua, amidst commendation from the people of the state, on Friday, March 13, the Governor reiterated his resolve to make Imo Judiciary one of the best in the country, as well as encourage judicial autonomy in the state.

“The Judiciary is an important arm of government, and if our democracy must grow with its attendant dividends, we must have an efficient judiciary. This is why every government must take seriously the leadership and membership of the judicial arm of government” 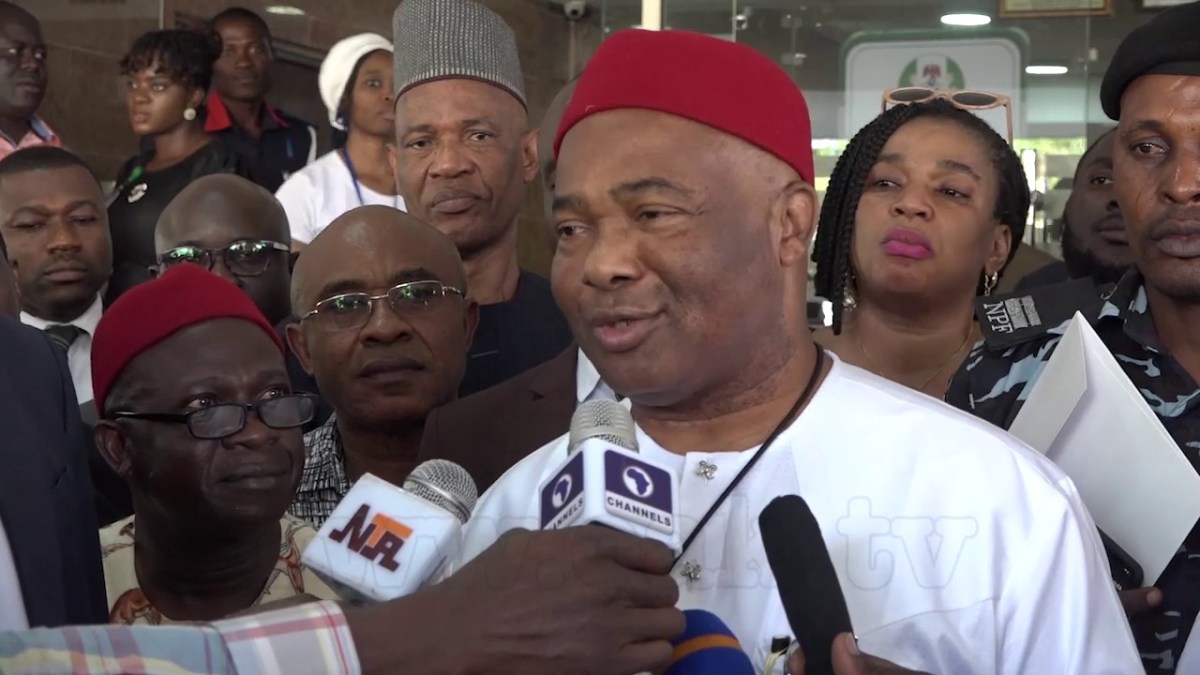 Political economists argue that the lack of continuity in government is part of the reasons for the under-development witnessed across the country. According to them, a successor should showcase the political will to continue with the projects initiated by his predecessor in order to avoid littering the state with uncompleted or abandoned projects.

They add that not doing so would continue to take its toll on the economy, with the people suffering under-development. It was therefore not surprising that most people in Imo State rolled out the drums to herald the Governor’s directive that all contracts initiated by his predecessor would continue.

This is the reason the Governor is introducing an essential ingredient in his civil service reform agenda, the Annual Performance Evaluation Report (APER), which would assist in evaluating the efficiency of the civil service and every civil servant. Another essential ingredient in the reform agenda is the repositioning of the Permanent Secretaries, making them the Chief Accounting Officers of the MDAs as required by law.

Maurice Iwu And the Covid-19 Vaccine

Fri Mar 20 , 2020
420 By Dan Ugwu.   When in 1985, a 13-year-old non-Nigerian female sex hawker introduced HIV/AIDS in Lagos Nigeria, the news sent panic, doubt and disbelief to the whole nation as AIDS was perceived as the disease of American homosexuals. The confusion infected Nigerians so well that we didn’t distinguish […] 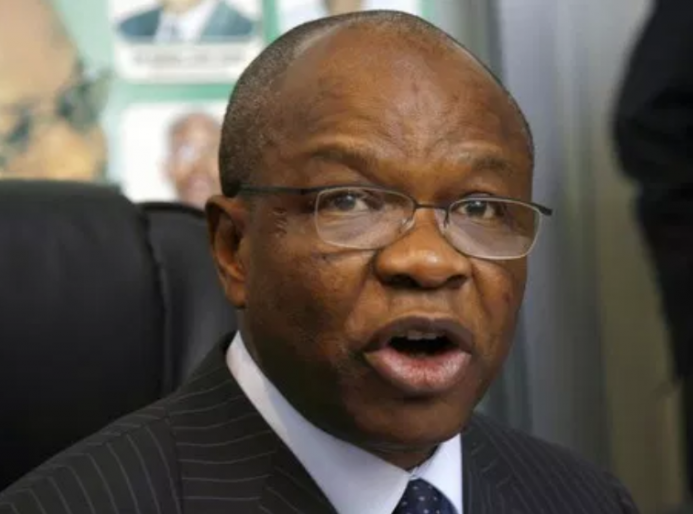