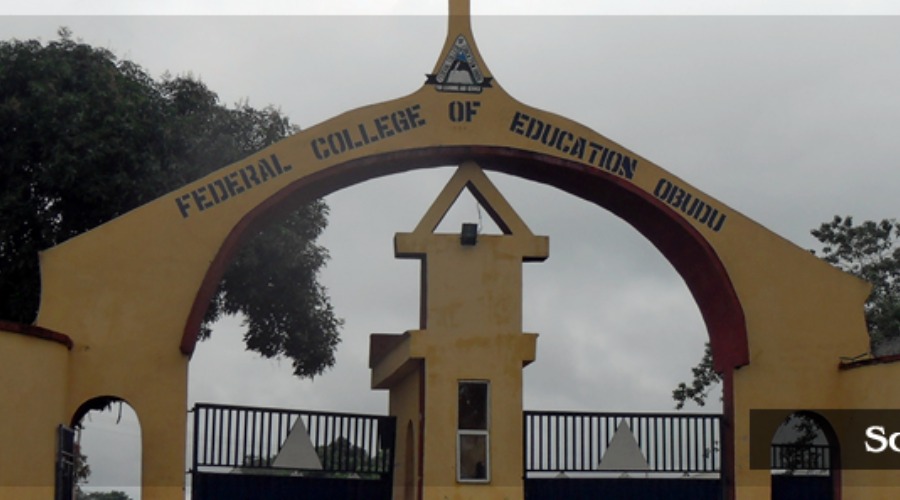 Federal College of Education, Obudu, Cross River State (F.C.E. Obudu) has been described as a top-ranking college of education in Nigeria and indeed the nation’s pride. The college, which was established in 1983, has grown tremendously. The NCE Programme stretches its academic disciplines and research across seven (7) schools and twenty-nine (29) academic departments. The college runs both regular and sandwich NCE programme for students in various disciplines.

In the midst of these highly respected aspirants comes Dr. Richard Ugbaha Utubaku, whom experts have consensually adjudged to be the most suitable in terms of the most important 3 – head criteria: Experience, Education and Personality. At a time when the best brains are needed to improve the already strong dynamism and functionality in our education system, it has become necessary for this man’s credentials to be laid bare.

From a humble background, Dr. Richard, who hails from Bebuabie in Obudu Local Government Area of Cross River State is a renowned academician, administrator and a strategist who is highly respected in the academic world for his leadership foresight, firm thinking and elder statesman status.

Since joining the academic world, he has steadily progressed through the ranks to his present rank as Chief Lecturer. Down the lane in his career, he was the Head of Department, Pre-NCE from 2002- 2004. He was later appointed Acting Director, Pre NCE from 2004 – 2006 and subsequently, Head of Department, Mathematics from 2007 to 2011. Later Dr. Richard became Director, Pre-NCE from 2016-2017, and then Dean, School of Secondary Education, Science Programmes from 2017 to 2019.

Additionally, he was a Member, NCCE Investigation Panel on the Petition of Aniah Joseph of F.C. E Obudu constituted by Executive Secretary, Abuja, Deputy Zonal Coordinator South-South for Primary and Secondary Schools Category of Arena for Contest in Science, Technology and Mathematics in Nigeria (ACSTM).

A hardworking, innovative and strong team player, Richard’s success could be pinned down to good education and hard work. He had his primary and secondary education in Obudu, Cross River State. Subsequently, he proceeded to the Federal College of Education, Obudu where he obtained a National Certificate in Education (NCE). He further studied Maths/Education at Degree and Masters Level at the University of Calabar. To cap it all, he has a Doctorate Degree (Ph.D.)  in Maths/Education from the University of Agriculture, Makurdi.

Taking cognizance of the need for relaxation, Richard Ugbaha Utubaku squeezes out time from his busy schedules to engage in Football and Music. He is happily married with five children.

At 54, he has seen it all and given his achievements; is Dr. Richard Utubaku good enough to improving the dynamism and functionality in the Federal College of Education, Obudu for a better human development and the advancement of societies at large? your guess is as good as mine!

45 thoughts on “Who Becomes the Next Provost for Federal College of Education, Obudu?”

Sun May 24 , 2020
6,756   Governor Hope Uzodimma of Imo State has explained that his government sponsored the bill on the repeal of Governors and Speakers’ pensions and privileges law of 2007 because it was illegal and designed to allow a few privileged people feed fat on the commonwealth of the people. He […] 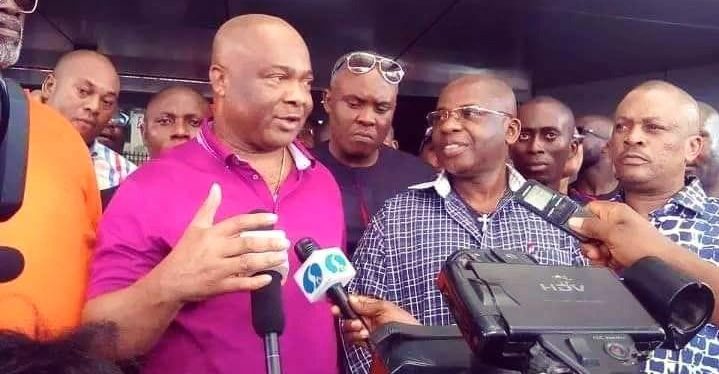