The first organized and named significant Christian gathering was the Catholic Church. It grew to become as political as it was religious.

There were, and still are, notable pockets of Christian adherents by other names. They were also independent of the Catholic Church.

However, in the sixteenth century the situation changed. A little known German monk and scholar called Martin Luther started questioning some of the practices of the Catholic Church.

The church authorities tried in vain to subdue him. Unfortunately for the Catholic Church, Martin Luther’s rebellion coincided with the face-off between King Henry VIII and the Vatican.

With time, another upheaval occurred within the Catholic and Protestant churches which resulted in the movement known as Pentecostalism.

Pentecostals concentrate on the gifts of the Holy Spirit and see themselves as having access to powers outside the realm of mortals.

The birth of Pentecostalism in Nigeria

The Pentecostal movement in Nigeria may trace its growth to the likes of Joseph Babalola, Pa Josiah Akindayomi, Rev Uma Ukpai and Bishop Benson Idahosa.

The movement’s method of choice in the beginning was evangelical crusades. The preachers won souls for Christ and healed the sick.

These early Nigerian Pentecostal preachers established churches, but the churches were not their sole “call cards” (so to say).

The preachers’ goal was conversion of sinners. The tracts their members handed out did not have categorical instructions to “worship” with them at THEIR church.

The Pentecostal movement in Nigeria has always participated in the political and religious affairs of the nation. They do this for the good of the Church and the society at large.

But as time went on, the Pentecostal narrative changed.

In the early days, the messages of these Pentecostal preachers were outright criticisms of the Catholic Church and her doctrines. Perhaps the movement was still reeling from the memory of the unpleasant divorce from the mother Church,

For instance, the notion of purgatory – a kind of stop-over for dead people – did not sit well with Pentecostals.

The movement copiously quoted Bible verses to counter the idea of Purgatory. Hebrews 9:27 became the go-to phrase to challenge the position of the Catholic Church on this particular doctrine.

But with time, the verse, “And it is appointed unto men once to die, but after this the judgment” (Hebrews 9:27, KJV) faded in regular discourse as did the frequency of the soul-winning crusades.

They gave way to mega-churches and the assurance of Philippians 4:19: “But my God shall supply all your need according to his riches in glory by Christ Jesus” (KJV).

Philippians 4:19 would not be the last to be heartily embraced by the Pentecostal world. Other popular phrases include “no weapon fashioned against me shall prosper” and later; “it’s not my portion”.

All about the satisfaction of self

As the Pentecostal churches grew bigger, the previous narratives gave way to “destiny helpers”, to “highly favoured”, to “divine wealth”. These mantras mostly emphasize the satisfaction of self here on earth, usually by some miraculous happenstance and not persistent effort.

These “catch-phrases” for want of a better description, are no more dangerous than a therapist saying, “you are special” to a patient in order to help the patient’s self-esteem issues.

The problem arises when the recipients of these mantras are ill-educated, impressionable congregants. They are like the child that can’t decide between the chocolate ice cream and a pizza.

They want both so they hover between the practices of their ancestors and the new way of worship that promises them heaven on earth.

The danger is in plain sight

In the propagation of God’s word in Nigeria in present times, English language has become the enemy. Of course, we should be mindful of our utterances as continuously repeated words can take on a life of its own.

But we also forget that English language is a second language to us with figurative speech and idiomatic expressions.

The English language has been twisted so much in religious discourse in the present Nigerian society that a woman at the end of the line at an ATM refuses to answer the polite question of whether she is the last in line. And the bystanders admonish the enquirer that the woman can never be “last in line” as that would mean she was using her own mouth to affirm that she would always be last which somehow translates to failure, poverty, etc.

This same “bastardization” of the English language is the reason why a parent storms a school to demand that her child be removed from JSS 1F, insisting that anything “F” stands for failure.

All these might appear to be harmless human foibles, but these beliefs and actions beget a society where a father poisons his children to death because a pastor told him the children were witches and responsible for his travails.

Something in a name?

Maybe there’s something in a name, maybe not.

In the past, African parents, unlike their western counterparts, named their children after events and festivals. It may also be a happy occurrence, a desire, a fear, a bountiful harvest, an era of famine, a calamity, position in the family, realized or unrealized wish, a market day, etc. Sometimes a parent would name their child after a personal god or deity.

Presently, African parents choose names from the Bible (or plain English names) for their children. But as mentioned two sub-headings ago, the continuous “favour”, “fortune”, “success” messages of the Pentecostal movement have taken unchallenged residence in the consciousness of the people.

Let’s name everybody Favour and Goodluck

These words have made major impressions that parents are naming their children Favour, Miracle, Goodluck, Fortune and so on. They do this in the belief that the children’s lives will be a manifestation of these names. In every ten children, five bear Favour and two may be named Goodluck or Success.

However, for every Miracle that wins a pot of gold at a game show, and for every Goodluck Jonathan that beats the odds to attain a lofty position, so also there is a Success or Fortune deservedly cooling his heels in prison.

How goes it Yul?

By the way, Yul Edochie, you are a responsible father and husband, a successful movie star and a former gubernatorial aspirant, how is the decidedly unchristian name “Yul” working out for you?

By all means let’s name our children Favour. But isn’t the idea that we are “highly favoured” preventing us from working harder because we believe it is not how hard we work but how highly we are favoured?

Is favour not the term we use in testimonies when someone more qualified for a job is passed over for us because of our connections?

In other words, is “favour” not one of the ways that Christian mantras are ruining the Nigerian society?

It’s not my portion

Another mantra that directly originated from the Pentecostal movement is, “It is not my portion”. It is used to exclude all manners of negative circumstances from one’s life.

There’s surely nothing wrong with having a positive mantra to live by; in fact, everyone should have one or three.

But could this particular mantra be the reason we can’t be bothered about our rights as citizens of Nigeria? Why should we demand for hospitals from our government since it is not our portion to use it? To put it plainly: e no concern us.

We proclaim that “we have light” even when the electricity supply is non-existent. We do this because we are not supposed to pronounce anything negative or else it becomes reality.

Although our system of education is so bad that it cannot be recommended to a classroom of monkeys, we dutifully say “it is well”.

Who cares about insuring their properties when it is not their portion to encounter natural or man-made mishaps?

Why protest absurdly terrible roads in the country when we have declared that “it is not my portion” to be victims of that bad road?

Who wants a piece of national cake?

Some thirty years ago, the military was in charge of Nigeria. They also had a mantra they lived by. We all knew this mantra to be “chop-I-chop”.

It took root and spread fast. Everybody liked it. Who wouldn’t? It worked like this: you take what you can get from the national coffers, and I look the other way. And you don’t begrudge my own “chopping” also known as sharing of the national cake.

But the problem was that it did not stop there. The mantra permeated all facets of the Nigerian society.

More than thirty years later, the fruits of the “chop-I-chop” lifestyle is evident in numerous rotten government infrastructure. Many hospitals are ill-equipped. The roads are non-existent and educational institutions are even more degraded than those of a country at war.

Gold is refined by fire

Today, we have the Pentecostal mantras of ‘favour”, “divine wealth”, “destiny helper”, etc. They all seem harmless enough. But are we not beginning to see the same unwelcome consequences as that of the military’s mantra?

What do we call the case of a mother abandoning her toddler in the wild because of claims that the child is a witch? Or the children who slaughtered their mother on same accusation of witchcraft?

Did parents in colonial Nigeria complain to the nuns at the mission schools about their child being in JSS 1F?

Why is every challenge, every set-back, every hiccup, attributed to machinations of “village people” and not the Almighty’s potter’s wheel?

Why are problems not seen as gold being refined by fire? If Thomas Edison was a Nigerian Christian, would he had continued after his second failed experiment to get to the one thousandth? He would likely have gone to church to “bind” the village people who are against his progress.

Is anyone still in doubt that these mantras are negatively impacting the Nigerian society?

Sat May 30 , 2020
873 By Dan Ugwu.   With the passage of time, pieces of information are emerging with regard to the invitation, detention and interrogation of Mr. Ambrose Nwaogwugwu; the DG of Imo PDP New Media. The Imo Information Commissioner; Declan Emelumba was alleged to have revealed that Nwaogwugwu and two others, […] 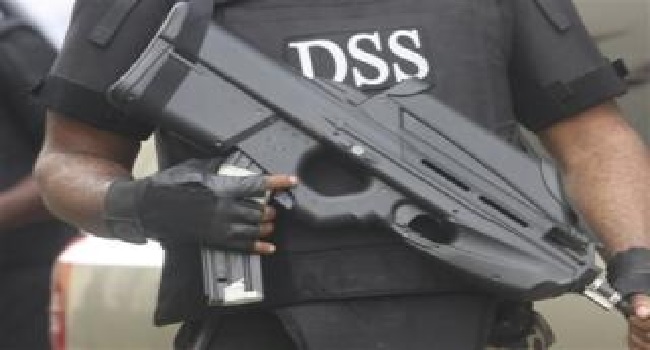