A Federal High Court in Lagos has ordered the release of Senator Orji Kalu; former Abia State governor, from prison.

Mohammed Liman; Judge of the Federal high court in Lagos, had fixed June 2 to hear of a motion on notice filed by Kalu, seeking release from prison.

In his application, the former governor asked the court to order his release from the custody of the Nigerian Correctional Service (NCS), Kuje, Abuja, following the nullification of his conviction by the Supreme Court.

The Economic and Financial Crimes Commission (EFCC) had arraigned Kalu and Ude Jones Udeogu, a former Director of Finance and Account of Abia State on 36 counts of money laundering to the tune of N7.1 billion.

On December 5, 2019, Kalu was sentenced to 12 years imprisonment while Udeogu got a 10-year sentence.

On May 8, the Supreme Court nullified the trial of Kalu and others. The apex Court held that Mohammed Idris, the trial judge who had been elevated to the Court of Appeal at the time of the case, ought not to have presided over the matter while he was Appeal Court Judge.

Ejembi Eko, who read the lead judgment on behalf of the seven-man panel of Justices, said section 396(7) of the Administration of Criminal Justice Act (ACJA), 2015, on which Zainab Bulkachuwa, former President of the Court of Appeal, relied on to authorize the trial judge to return to the High Court to conclude the trial was unconstitutional.

Tue Jun 2 , 2020
795 By The World Satellite.   President Muhammadu Buhari says Nigeria will stand solidly behind Dr Akinwumi Adesina in his bid to get re-elected as President of the African Development Bank (AfDB) The President spoke at State House, Abuja, Tuesday, while hosting Dr Adesina on a courtesy visit. “In 2015, when […] 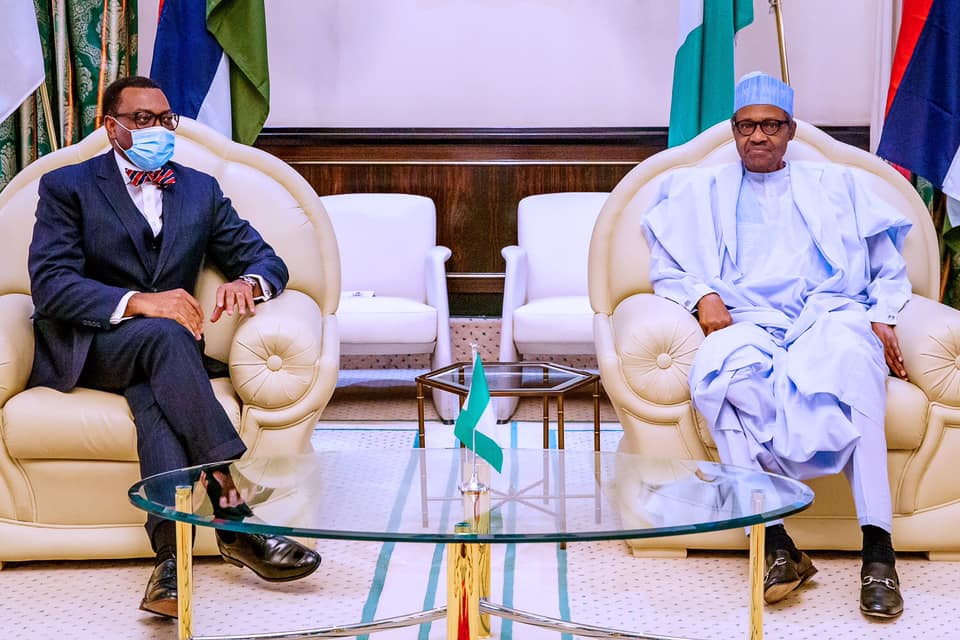