In a bid to help maintain social distancing in ordder to prevent COVID-19 cross infection amongst commuters, the Rivers State government has rolled out a total number of twenty-eight (28) COVID 19 free luxurious buses to ply within Eleme, Oyigbo, Port Harcourt and Obio/Akpor local government areas, from 6:am to 7:30pm each day.

Rivers State Commissioner of Transport; Sunny Ejekwu, while commissioning the luxurious buses to commence operation on the major roads of the city, noted that the free transport scheme comprising luxurious bus of forty-eight-seater capacity will carry only twenty-two passengers, while the twenty-four-seater capacity will carry only twelve passengers.

While adding that any passenger without facemask or running high temperature will not be allowed to board the vehicle, Mr. Ejekwu noted that His Excellency, Governor Nyesom Wike has done so much to show his love for the people by rolling out twenty-eight luxury buses, which commuter’s will board free of charge to their various destinations in the state.

“To board these buses, it is a necessary condition that passengers must have his or her face mark on, we have sanitizers which the commuters will have to sanitize their hands before entry. The buses will operate according to bus stops, passengers will be picked and also alighted at the designated bus stops, no indiscriminate stopping will be permitted”, the Commissioner emphasized.

Continuing, Mr. Ejekwu stated that the four local government areas are the city centres and lots of people who do business in Rivers State live mostly in these areas. That is why according to him, the state government deemed it necessary to start from these areas, in order to capture the majority people living in the state.

However, he warned the drivers and conductors of the COVID 19 free bus service, not to collect money from passengers as anyone caught doing so will be punished by the state government, stressing that bus is free for all.

Also speaking, Pastor Paulinus Nsirim; the Commissioner for Information and Communications underscored the importance of the gesture to run a free bus service by the state government as helping to alleviate the suffering of Rivers people in this period of COVID 19 pandemic.

Defining the event as significant and unprecedented in the history of the state and in the fight against the spread of the COVID-19, Pastor Nsirim described that Governor Nysom Wike as one who loves and cares for his people. “His desire is to make sure that Rivers people dont suffer, it is now for people living and doing business in the state to reciprocate the good gesture of the state government by obeying government directives of COVID 19 preventive measures”, Pastor Nsirim noted.

Most of the passengers who were interviewed acknowledged the state government’s initiative to offer free bus services to the people of the state. Others expressed some level of surprise as they expected the COVID 19 transport scheme to operate in a subsidized rate and not to be totally free. Generally, they expressed joy that the free transport service will really help Rivers people, as cost of transportation has doubled ever since COVID 19 pandemic started.

Tue Jun 2 , 2020
445 A Federal High Court in Lagos has ordered the release of Senator Orji Kalu; former Abia State governor, from prison. Mohammed Liman; Judge of the Federal high court in Lagos, had fixed June 2 to hear of a motion on notice filed by Kalu, seeking release from prison. In […] 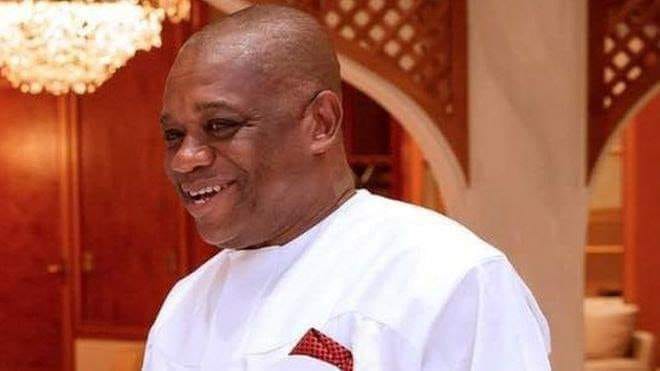