The Agricultural sector has been identified as the key to the President Muhammadu Buhari’s diversification of the Nigerian economy for sustainable development. Hence agriculture constitutes one of the most important sectors of the Nigerian economy as it has the potentials to contribute to the growth of the economy, provide employment opportunities for the teeming population, export revenue earnings and eradicate poverty in the economy.

As part of efforts to Redefine, Dimension, Measure, Re-Price and Share agribusiness-related credit risks in Nigeria, the Nigeria Incentive-Based Risk Sharing System for Agricultural Lending (NIRSAL) Plc; a US$500million Non-Bank Financial Institution, wholly-owned by the Central Bank of Nigeria (CBN) was established in collaboration with the Federal Ministry of Agriculture and Rural Development (FMARD) and Nigerian Bankers’ Committee in 2013.

Fortuitously, over the past two years, NIRSAL; an institution that has been adjudged to be playing key role in the transformation of the Nigerian Agriculture has come under lots of criticisms and negative attacks in the form vicious and sustained campaigns of calumny against its leadership, which has intensified within the last six months.

As a pragmatic demonstration of passion in achieving  a just and equitable development in our dear country through advancing the single agenda of building a formidable and economically strong united Nigeria; a coalition of Civil Society Organisations (CSOs), has reacted to these allegations ranging from mismanagement of funds by its Current leadership to claims of discrimination and favouritism.

The Coalition, led by the prominent Civil Rights Advocacy group; Human Rights Writers Association of Nigeria (HURIWA), at a press briefing in Abuja, addressed by the National Coordinator of HURIWA; Comrade Emmanuel Onwubiko, accompanied by other members of the coalition revealed to journalists that the campaign is being executed by faceless elements who use compromised high profile ‘activist’ and hide behind compromised social media platforms to throw mud at the organization.

In addition, Comrade Onwubiko noted that these faceless elements have gone to the extent of forging documents, organizing fake protests, sponsoring fake farmers groups and inducing unprofessional media platforms to publish unverified falsehoods against the institution.

Incidentally, according to Onwubiko, despite the media campaign and reports made to the security agencies, no evidence of impropriety has been found. Therefore, the coalition called on the Inspector-General of Police; Mohammed Adamu to commence investigations and invite for interrogation, what it called bunch of detractors, traversing the entire length and breath of the media industry in their campaign of calumny against the management of NIRSAL under the leadership of Aliyu Abbati Abdulhameed.

“we will thereby rise from this briefing by writing a petition to the Inspector General of Police to call on him officially to investigate and invite individuals behind these unrelenting tissues of lies and innuendos targeting the person of Mr. Abdulhameed”, the coalition said.

Conclusively, while noting that the leadership of NIRSAL deserves the gratitude and commendation of the nation and not constant attacks; Mr. Onwubiko urged the Presidency not be deceived by what he described as evil campaign against the person of the MD of NIRSAL Plc. This is because, for him, those making these baseless allegations are working hard to scuttle the government’s agenda for agricultural revolution.

Fri Jun 12 , 2020
456 By The World Satellite.   THE Rivers State Police Command has said that no Police Officer has right to settle sexual molestation cases, as it is a serious crime. Commissioner of Police; CP Joseph Mukan, who stated this during an advocacy rally on Gender-Based Violence to the Police Headquarters […] 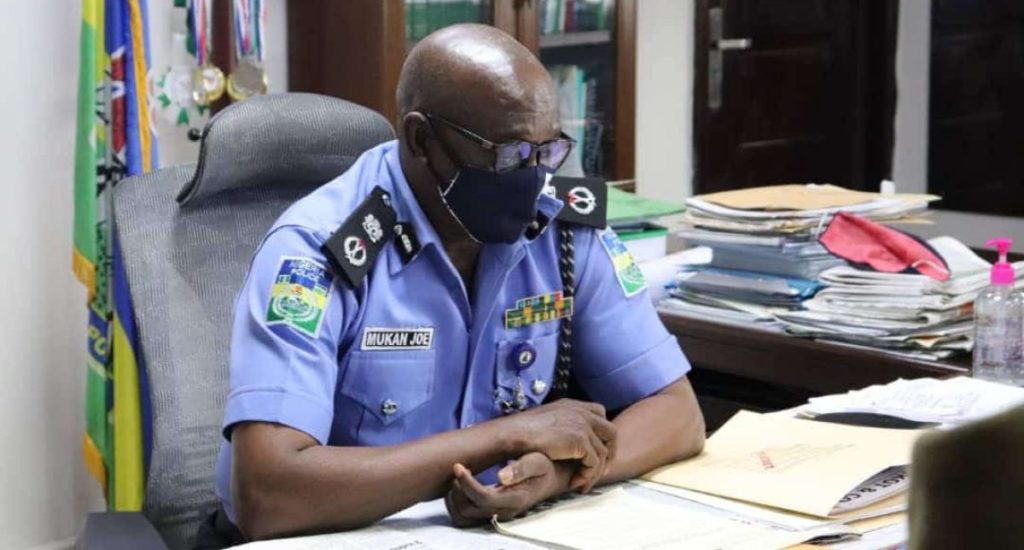