Following the ruling of the Court of Appeal in Abuja on Tuesday, June 16, 2020, upholding the suspension of Adams Oshiomhole, the National Working Committee NWC of the ruling All Progressives Congress (APC) recently named Sen. Abiola Ajimobi as its acting National Chairman.

Disciples of Democracy reported that the party in a late statement by its National Publicity Secretary; Mallam Lanre Issa-Onilu said it has received the news indicating the Appeal Court has upheld the suspension of the Party’s National Chairman, Comrade Adams Oshiomhole by an FCT High Court pending the determination of the substantive suit.

One thought on “The Making of Sen. Ajumobi Acting National Chairman for APC”

Wed Jun 17 , 2020
882 By The World Satellite.   The Speaker of Abia State House of Assembly; Rt. Hon. Chinedu Orji, has  prevailed on the Chief Whip of the Senate; Senator Orji Uzor Kalu, to take his rightful political position in the state, noting that irrespective of Kalu’s political platform, it was only […] 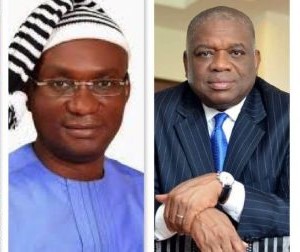