“The President of the Federal Republic of Nigeria is first and foremost the father of the nation and the Commander-In-Chief of the Armed Forces of Nigeria whose primary duty, as spelt out in the Constitution in section 14(2) (B) that the security and welfare of the people SHALL be the Primary Purpose of Government, must never be seen offering lame, timid and inexcusable reasons for the widespread violence and mass killings going on all over the Country with Northern Nigeria as the epicentre of TERRORISM and armed conflicts.

“This government in Abuja has for five years given meaningless excuses on why it cannot arrest, prosecute and punish mass killers. This is absolutely intolerable.  The President is constitutionally obliged to defend and protect all the territorial assets of Nigeria from all armed marauders, terrorists and armed bandits.

“If he or she lacks the strategy to so actualize stability of the National security then he/she has no business remaining in office a day more than he has failed to discharge the Primary Constitutional Imperative of his office because the citizens are the owners of the sovereignty of Nigeria who gave the President the legitimacy to exercise authority for a statutory period of time in line with the provisions of the Supreme Constitution of the Federal Republic of Nigeria”.

With these words, the nation’s foremost Civil Rights Advocacy group; HUMAN RIGHTS WRITERS ASSOCIATION OF NIGERIA (HURIWA) has tasked President Muhammadu Buhari to stop attacking, harassing, arresting and detaining protesters who are rightly demonstrating against the serious challenge of insecurity and breaches of national security in Northern Nigeria, just as the Rights group said if there is anybody to arrest and detain then the President should arrest the key figures who ought to ensure that there is national security and national stability such as those directly in charge of national security.

This according to the Group includes the Inspector General of Police Mohammed Adamu; Director General of States Services Department; Comptroller Generals of Customs and Immigration and the Ministers of defense; Police Affairs and Interior.

HURIWA however exonerated the Service Chiefs because according to the Rights group these military Service Chiefs have been extremely over- tasked and Over stretched with the huge war on terror, which they have waged relentlessly for a decade and they have in most cases been asked to also carry out the routine  internal security and policing jobs which are not necessarily their primary line of duty in line with the laws.

HURIWA has also canvassed the unconditional release of all the leaders of the protests in the North, arrested by the security forces on the orders of the President because according to the Rights group, peaceful protests are covered by the chapter four of the Constitution of the Federal Republic of Nigeria, which guarantees citizenship rights such as Freedoms of ASSOCIATION, Expression and Movement.

“HURIWA has watched as groups of youth organizations known commonly as the Coalition of Northern Youths (CNY), Northern States’ chapters in their state capitals and across the North including Katsina State staged peaceful protests over incessant killings in Niger state and the entire northern states.

“The CNY is blaming the governments for inaction in tackling the security challenges bedeviling northern Nigeria as armed bandits kill citizens, rape women and their daughters and destroy properties with impunity while the government seems to be watching helplessly.

“The groups which made recommendations on how to check insecurity lamented that hundreds of people have been rendered homeless, properties that cannot be quantified monetarily destroyed or stolen, millions of Naira paid as ransom, children orphaned and human dignity butchered”.

“HURIWA shares their sentiments that It is worrisome and regrettable that unarmed citizens have been recklessly neglected by the very same government that swore to protect them under whatever circumstances, thereby compelling locals to resort to self-help, which amount to insensitivity and abdication of responsibility on the part of the government. Government has failed in its responsibility of protecting lives and properties of Nigerians as sworn in accordance with the Supreme laws of Nigeria which are binding and inalienable”.

“HURIWA supports the protesters for saying that they presume that the government is not willing to tackle these cases of violent mass killings head-long as no group of criminals can be bigger and better equipped than government forces. The Youths rightly stated as follows; Our patience has exhausted as our communities and villages are being wiped out due to incessant attacks that has left hundreds dead, many with life threatening injuries and properties are destroyed on a daily basis”.

The Prominent Civil Rights Advocacy group HUMAN RIGHTS WRITERS ASSOCIATION OF NIGERIA (HURIWA) has therefore called on President Muhammadu Buhari-led administration to either implement far reaching security mechanisms to tackle the nation-wide breakdowns of law and order or tender immediate resignation for this spectacular set BACKS in the area of security that we have continued to witness all across Nigeria.

Hear them: “The President must exorcise himself of nepotism and favouritism in the appointments of members of the National security team and allow the Federal Character Principle as provided for in the Constitution in Section 14(3) to guide his every step in this regard.

“The appointment of all members of the internal security architectures from the Moslem North is not only a grave constitutional breach but is the reason for the constant attacks in the North given that due to lack of professionalism and patriotism those who should deal with terrorists are treating them with mere carrots and sticks”.

HURIWA has also blamed President Muhammadu Buhari for the mass killings because of the unconstitutional and absolutely illegal practice of releasing detained terrorists into the society as repentant terrorists as against the demands of the common laws to prosecute and punish mass murderers in accordance with the provisions of the law.

“No sane society that is functional and lawful will release killers without letting them face the full weight of the law. A nation that dines and wines with terrorists like the current Administration does will inevitably be providing resources for armed terrorists to destabilise the Country “.

RAPE: A Sad Reminder of Our Vulnerability

Thu Jun 18 , 2020
424 By Bright Ogbonna Esq.   There has been an upsurge in the incidence of rape cases in Nigeria. In April 2020, Jennifer; an 18-year-old girl was raped by a group of 5 boys in Narayi, Kaduna, in Kaduna State. Only two of the alleged rapists have been apprehended.1 In […] 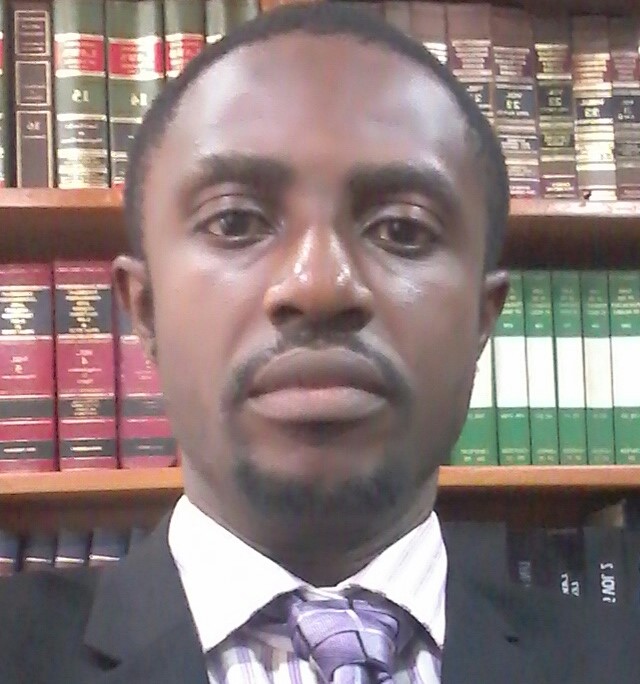