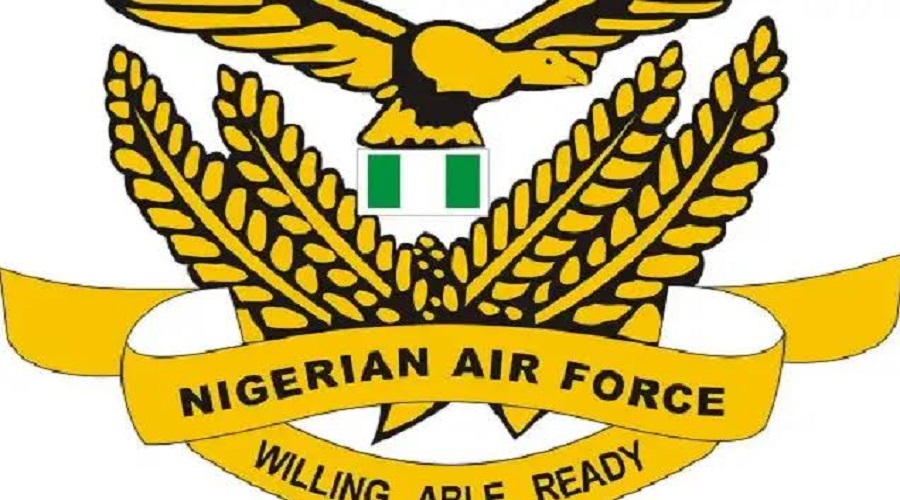 The Prominent Civil Rights Advocacy group-: HUMAN RIGHTS WRITERS ASSOCIATION OF NIGERIA (HURIWA) has urged the Chief of Air Staff; Air Mershal Sadique Abubakar to investigate the serious allegation of misconduct of some Officers of the Nigerian Air Force of Nigeria accused of being hired by Enugu State Ministry of Housing to allegedly harass and intimidate legitimate land owners with a view to depriving them of their Constitutionally guaranteed fundamental human rights to own immovable property in any part of the Country.

In a media briefing in Abuja, the National Coordinator; Comrade Emmanuel Onwubiko restated the allegations made by some petitioners in Enugu State who approached the Rights group claiming that they are being harassed and physically abused by some alleged officers of the Nigerian Air Force of Nigeria even as the Rights group said it was not proper for the spokesperson of the Nigerian Air Force to dismiss these weighty allegations with a mere wave of the hands without first and foremost carrying out discreet probe of the allegations as made even in a letter from the legal representatives of the Landlords that was reportedly served on the office of the Chief of Air Staff.

The group said they were also sent some photographic evidence and video alleged to be the vehicles driven to the site by the alleged Air Force personnel in Enugu.

Relatedly, HUMAN RIGHTS WRITERS ASSOCIATION OF NIGERIA (HURIWA) has asked the petitioners to seek redress through the Acting Chairman of the Economic and Financial Crimes Commission; Mr. Ibrahim Magu because their claims that those parading about as land owners who approached the Enugu State Ministry of Housing to take over ownership of the juicy plots of lands had allegedly sold their lands to investors from all across the Country on the understanding that the allocations bought would be turned into a sprawling Estates in Enugu State.

HURIWA said under no circumstances should any Nigerian be deprived of his/her human and commercial rights to own immovable property in Nigeria unjustly.

HURIWA, which reacted to the claims by some persons who said they are the leaders of the community expressed shock that some Nigerians are still behaving like Nigeria is in the 16th century and have forgotten that in the 21st century Nigeria, Citizens under  a constitutional democracy have the fundamental human rights to ventilate their distress and seek redress whenever they believe that they are about to be deprived of their constitutionally guaranteed fundamental freedoms just as the Rights group said it has the highest respect and regard for the Nigerian Air Force, which is why it has urged the Chief of Air Staff to investigate the allegations made against his officers and if the allegations are verifiable then the institution should adopt the best approach to sanction erring officers who deviated from their constitutional duties and veered off into civil matters of land disputes.

HURIWA told the media that it was in possession of a petition sent to the office of the Chief of Air Staff titled; “The Unlawful Use of The Air Force Personal to Aid and Abet Land Grab Activities: A Cry for Your Intervention.”

HURIWA quoted the petition signed by a Counsel; Obinna Ugwu as stating thus:    “We are a firm of legal practitioners and solicitors and our services have been retained by the representatives of Umunnugwu and Ndiaga villages of Ugwuaji-Awkunanaw of Enugu South Local Government Area of Enugu State who for the purposes of this letter shall hereinafter be referred to as our clients and upon whose Express mandate and instruction we forward this complaint to you.”

HURIWA recalled that the petitioners said also that; “Having regard to the present state of insecurity regard to the present state of insecurity ravaging the nation and the pressure on the entire Nigerian armed forces towards curtailing the devastating insecurity in line with the deployment of the personnel of the 155 Nigeria Air Force base Enugu to Umunnuguw/Ndiaga layout for the purpose of aiding and abetting a land grabbing activity against our clients, our clients considered it quite expedient and necessary to forward this complaint to you praying for your intervention which has become necessary to put on check the unlawful use of the Personnel of the 155 Nigerian Air Force base Enugu for some purposes which are not only illegal but also unbecoming of the institution of the Nigerian Air force.

“By the said judgement, the Nigeria Police Force, Enugu state command, which prior to the institution of the suit in court by our clients was an instrument in the hands of our clients’ assailants was restrained from further interference in our clients’ right of peaceful enjoyment of the said land being the subject matter of the litigation.

“Sequel to said judgement, the Nigeria Police force, Enugu State High Court, our clients commenced a peaceful enjoyment of the said land without the interference of either the government of Enugu state, Ogui Nike people and/or any of the security agencies.

“However, on the 18th day of June 2020, our clients in what seemed to be a Hollywood scenery noticed to their consternation the invasion of the said Umunnuguw/Ndiaga layout by gun bearing as well as cudgel wielding fierce looking personnel of the Nigerian Air force who without any notice whatsoever began to whip and chase away the indigenes of the above villages from the said layout.

“The investigation conducted by our clients revealed that the said personnel were deployed to the layout by the Air Officer Commanding the 155 Air Force Base Enugu at the instance of  Hon. Vitus Okechi who about three months ago was appointed the commissioner for housing development,  Enugu state and who even prior to his appointment and after has exhibited more than a casual personal interest on the said layout.

“It is important also to bring to your knowledge the fact that the government of Enugu State does  not have any hand in what your personnel are doing in our client’s villages as your Personnel who obviously are acting out the script handed down to them by the said Commissioner for housing development Hon. Vitus Okechi are only being used to further some personal and selfish interest contrary to their constitutional duty of protecting the aerial territorial jurisdiction of this nation.

“Furthermore sir, it is our humble view an aberration that our client’s assailant will easily resort to the use of Nigerian Air force for his clandestine purposes regardless of the overwhelming presence of the Nigeria Police force, Nigeria securities and civil Defence corps and State Security Services who are more disposed and more constitutionally empowered to handle such sundry civil misgivings like land disputes where one exists.

“It is therefore in view of the above and in consideration of the enviable reputation and professionalism the Nigerian Air Force has built over the years that we most respectfully write to humbly request that you prevail on the Air Officer Commanding the 155 Air Force Base Enugu to withdraw the personnel of the Nigerian Air Force deployed to Umunnuguw/Ndiaga layout particularly as there is no unrest, riot, war, etc in these two villages where your personnel from the 155 Nigeria Air force base Enugu are currently using brute force against innocent citizens of this country.

“In confidence that our client’s request will be granted, we do on behalf of our clients humbly express a heartfelt gratitude to you.”

Specifically, the Nigerian Air Force (NAF), has denied a publication by a foremost Human Rights group, the Human Rights Writers Association of Nigeria (HURIWA), who alleged land grabbing activities by some unnamed personnel of the NAF in Enugu State.

In a release made available to Newsmen, which reacted to the publication on June 23, 2020, The Director of Public Relations and Information Nigerian Air Force; Air Commodore Ibikunle Daramola stated that the online publications which alleged that some NAF personnel in the State confiscate land from owners and sell to land speculators is not only laughable, unfortunate and ridiculous but also against all known ethics of Journalism. It shows clearly that the Association was out to smear the good image of the NAF and dance to the tune of whosoever had engaged it, as no effort was made to contact the NAF before going to press.

“For the benefit of the public, it is pertinent to note that a certain person claiming to be “Flight Lieutenant Isaac Akporibo” had been falsely parading himself as a NAF officer and settling land disputes between civilians in Emene whilst collecting large fees from land speculators. The suspect, who has been arrested and is presently being interrogated by appropriate security agencies to determine the extent of his involvement in the scam, may have been mistaken by HURIWA and/or the publishers of the offensive article to be a NAF personnel. Evidently, a little journalistic enquiry by the publishers would have prevented them from associating the suspect with the NAF”, he added.

It would be recalled that the NAF has in the recent past made numerous public arrests of fraudsters masquerading and impersonating NAF personnel.

Dramola advised the public to be wary of suspicious people in uniform and should report such unscrupulous elements to the nearest security agencies.

“The NAF, as a highly disciplined and professional force wishes to reiterate that it does not tolerate or condone acts of indiscipline or violation of human rights of citizens in whatever guise”, he concluded.

Also, the community leaders of Ugwuaji Awkunanaw in Enugu South Local Government Area of Enugu State dismissed the allegations of land grab by the Enugu State Ministry of Housing even as the HUMAN RIGHTS WRITERS ASSOCIATION OF NIGERIA (HURIWA) has restated the allegations made in the petitions by some landlords of the said proposed Estate and asserted that it has asked the petitioners to file a petition before the Economic and Financial Crimes Commission (EFCC) as that is the best legal institution to investigate their weighty allegations of land grabs just as HURIWA charged the Nigerian Air Force to undertake a concrete INVESTIGATION and not to dismiss the allegations without proper and open investigations.

“HURIWA has an illustrious record as an organisation that preaches rule of law and has the highest respect for the Nigerian Air Force but will not hesitate to expose allegations of misconduct so the integrity of the Institution  is upheld and maintained”.

Wed Jun 24 , 2020
364 By The World Satellite.   President Buhari has given his backing to Chief Victor Giadom to serve as Acting National Chairman of the All Progressives Congress (APC) after weeks of in fighting that had engulfed the leadership of the ruling party. This was disclosed in a tweet by the […] 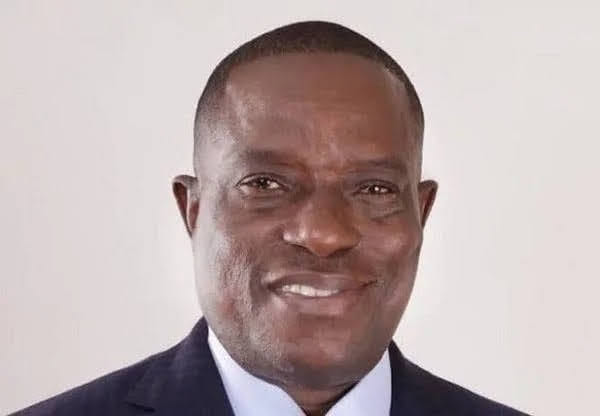