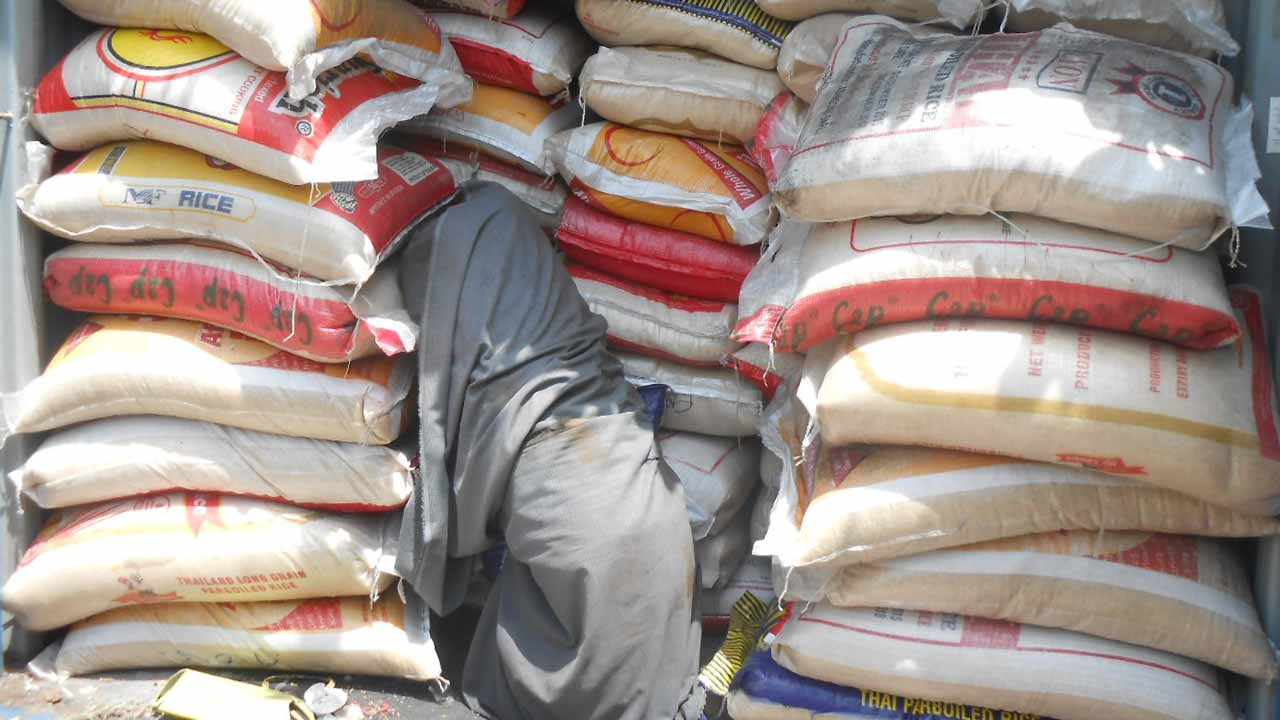 The Prominent Civil Rights Advocacy group; Human Rights Writers Association of Nigeria (HURIWA) has condemned the decisions reached by the management of the Nigerian Customs Service regarding the widely reported ‘botched’ invasion of a warehouse in Katsina suspected to be used by Rice smugglers to conceal foreign rice, which reportedly turned out to be otherwise in the reckoning of the Customs Chief just as it belongs to a business associate of President Muhammadu Buhari named as Alhaji Habu Sarkin-Fulani.

HURIWA recalled also that  in less than two years after been celebrated as a distinguished model of anti-corruption fight for rejecting a $412,000 bribe from Tramadol drug traffickers, a custom top officer Bashir Abubakar; an Assistant Comptroller General (ACG), was on Thursday recommended for compulsory retirement from his job by the management of Nigeria Customs Service due to alleged negligence that reportedly led to the invasion of the warehouse belonging to the associate of the President in which it is being claimed that the consignment was actually local rice procured from some Northern States and were to be transported to Southern Nigeria for commerce.

HURIWA recalled that the Senior ranking Customs Officer; Bashir Abubakar (ACG) is one of two ACGs sanctioned by the Customs management. Aminu Dahiru, the other ACG was recommended for dismissal for complicity in the cross-border smuggling of refined petroleum products in a large convoy of oil tankers just as Other rank and file personnel were also affected by the massive purge effected by the Customs high command on Thursday.

The Rights group said the punishment meted out to this particular senior ranking officer for causing embarrassment to the friend of the President and by extension considered as creating bad publicity for the Federal Government of President Muhammadu Buhari was inappropriate and is like killing a small fly with a sledge hammer.

The Rights group said this high handedness will not augur well for professionalism and patriotism amongst the serving officers of the Nigerian Customs Service and as the Rights group reasoned, this heavy scale of sanctions unleashed on this distinguished  senior officer who has served the Country meritoriously for years is spectacularly irregular, abnormal and vicious just as the Rights group said President Muhammadu Buhari should personally reverse this odious and ill-intentioned punishment if they are sure that there is nothing they are trying to conceal about the said raid.

“If what we now know is the genesis of Bashir Abubakar’s sad tales that it started sometime around December 2019, when it was reported that a total of 140 bags of foreign rice were seized from one Alhaji Habu Sarkin-Fulani identified as President Muhammadu Buhari’s confidant by agents of the Border Drill Operations of the Nigeria Customs Service (NCS), then we think the decision to punish this senior officer may be an attempt to actually conceal the real story which we think Nigerians are not been told which must be further investigated by a body of independent criminologists and forensic auditors who should be consulted and asked to do the job of carrying out broad-based investigations of the remote, immediate and far -reaching circumstances surrounding this action by the Nigerian Customs service.”

The Rights group said the so-called invasion of the storehouse seems to have happened around and about the time that a member of the Federal House of Representatives told Nigerians that even when President Muhammadu Buhari shut the land borders that the border between Niger Republic and Katsina and other Northern States are allegedly been used by smugglers. This was almost about the same time that it was reported that the goods were seized at a warehouse in Daura, the President Muhammadu Buhari’s hometown. The explanation offered to Nigerians as the reasons for sacking this officer for negligence are not acceptable just as we ask that there has to be further investigation so we are clear that certain officers are just not been punished because they carried out their lawful duty which is interpreted as constituting an embarrassment to President Muhammadu Buhari”.

“The Nigerian Customs Service agents were said to have acted on a tip-off prompting them to storm Fegi Quarters in Daura to effect the seizure.

But an inside source who is conversant with the operation revealed to a media house friendly with the media team of the President, that the news reports were misleading and contrary to what happened in Daura.

The source, while confirming the raid in Daura, stated that the owner of the controversial warehouse was actually a local rice dealer and had on his own applied to Customs headquarters to be allowed to move large quantity of the product to be sold in southern part of Nigeria. The product was said to have been sourced from rice farms in Kebbi and Sokoto states.

The source told a friendly media that the protocol of obtaining permit from Customs, before movement of large bulk of local rice, was part of the anti-smuggling measures as some traders re-bag foreign rice in local made sacks and distribute them as locally produced varieties.”

The Rights group said the aforementioned reasons are not convincing and logical enough because as is being stated if the businessman can source the rice from Sokoto and Kebbi and successfully transported them to Katsina which is a considerable distance, how come the Nigerian Customs Service were not asked to grant permit for that movement but when they (local rice) are to be moved to Southern Nigeria it was only then that a request for customs permit was sought? If we may ask, is Southern Nigeria another Country from Katsina, Kebbi and Sokoto that transporters would be obliged to obtain permit from Nigerian Customs Service before moving their goods to the South which does not apply to interstate movement of goods within Northern Nigeria? This sounds like a Nollywood movie. There is the need for further clarification”.

HURIWA condemned the recommendation of the dismissal of the officer Bashir Abubakar who was recently rewarded by President Muhammadu Buhari for rejecting a bribe of N51 million from a smuggler of Tramadols and other dangerous substances  arrested by his team just as the Rights group said sacking him over a mistake of an operation carried out in Katsina was unjustifiable because what this shows is that the political leadership of the Country at this moment do not value hard work but would prefer that certain persons close to those in the seat of power be treated as sacred cows.

“Now what this dismissal has done is to tell other serving Customs officers to help themselves by collecting bribes because they can be thrown out if they are caught searching any member of the First family who are seen by the government as being above the law. This is a sad day for Nigeria”.

Uzodimma's Choice of Roundabout Over Okorocha's Tunnel; A Wasteful and Myopic Venture

Fri Jun 26 , 2020
536 By Dan Ugwu.   Facts have emerged about the decision of Imo State government to replace the metropolitan tunnels with roundabout. These tunnels were visibly constructed by Rochas Okorocha’s government to ease vehicular movement and road safety on the major roads. Last week, Uzodimma’s bulldozers were spotted destroying those […] 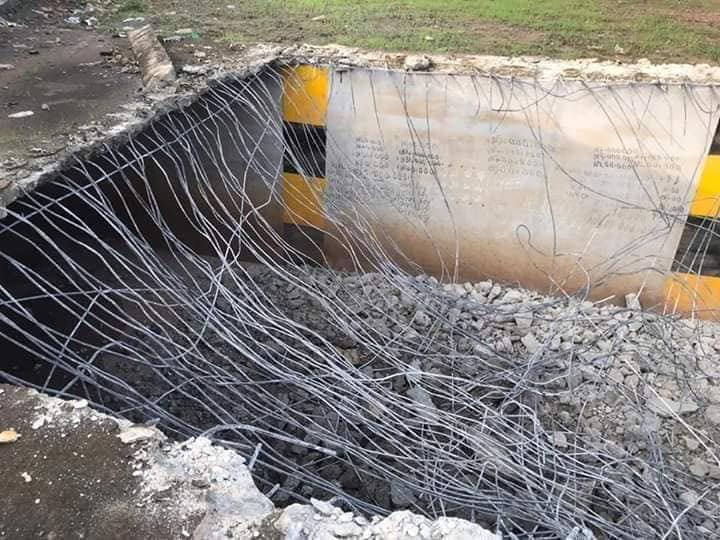