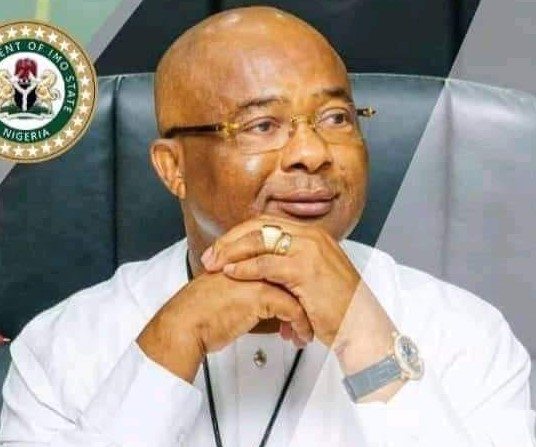 The Governor of Imo State; Senator Hope Uzodimma, had in his inaugural speech on January 15, 2020, following the Supreme Court verdict on January 14, which returned him as the duly elected Governor of the state, unveiled his programme summarized in his 3-R mantra. For those who do not know, 3-R represents Reconstruction, Rehabilitation and Recovery.

It is the springboard upon which the policy thrust of the administration is based. Having assumed the reigns of governance without the advantage of the handover note or transition committee, the Governor faced the challenge of proving to Imo citizens that he assumed office prepared to offer good leadership.

Many are of the view that the Governor’s decision to continue the projects initiated by his predecessor; Emeka Ihedioha, underlined his readiness to govern and indeed “rehabilitate and reconstruct” the dwindling aspects of the state’s economy. He was commended by many when he chose not to terminate the road contracts awarded by the Ihedioha administration.

The governor justified this laudable decision in his democracy day broadcast to Imo citizens. He said, “We have no apologies to make for protecting the interests of Imo people and using the legal and constitutional instruments at our disposal to safeguard the commonwealth, for us and our children and their own children too.

“From the moment I took the oath of office to become governor of Imo State, every action taken by me has been guided by this ethic. That was why I did not cancel any of the public works contracts signed by the immediate government before mine. Not because I could not, as others had done before me, but because the very idea of democracy is that of continuum. ‘Soja go, soja come’ as our people are fond of saying, ‘but barrack remain.’

“In this wise, governments come and go, but the people remain. Consequently, no responsible leader will toy with the interests of the people or remain aloof when their interests are at stake,” he buttressed.

Political analysts and historians say Governor Uzodimma’s continuation of projects he met on ground provided practical illustration to the clamour for continuity in government. They say that it was the first time in the state’s chequered history a Governor would continue the projects of his predecessor.

Though the Governor has continued with the projects of his predecessor, he has also awarded new contracts for the construction of more roads in the state. Some of the projects littered at various parts of the state include: The Warehouse Roundabout – Emmanuel College Road, MCC-Uratta Road, Dick Tiger Road, Chukwuma Nwoha Road, Mbonu Ojike Road, World Bank-Federal Secretariat Road, Assumpta-Ibari Ogwa Junction Road, Thomas Moore, JP Ajaelu and Gozie Nwachukwu roads. Others include: Nnempi Road, behind Emmanuel College Road and Oparanozie – Edede-Amaigbo Road.

Beyond road construction, the Governor is also addressing the menace of erosion in the state. There is ongoing de-silting of Lake Nwaebere and the manholes in the state, especially those at the Imo State University (IMSU), Owerri. The state government assures that the citizens of the state would get value for their money by making sure the projects are professionally executed, and of good standard.

The Governor is also being commended for restoring life to Adapalm, the state’s palm oil producing industry. The Governor, during a visit to the palm industry disclosed that Adapalm is currently producing around 120 tons of Grade A Oil per day. It is believed that by the time it begins operating at 100% capacity, the industry would create over 35,000 direct and indirect jobs for citizens of the state.

One more thing that thrills the public about the revived Adapalm is that apart from producing palm oil, it has the capacity to produce allied products such as margarine, sheer butter and palm kennel oil for export. This puts the state in good stead for increased Internally Generated Revenue (IGR).

Similarly, the Governor is being commended across the board for reviving the state-owned Print Media Outfit; The Statesman Newspapers. This, no doubt, expands the government’s channel of communication and provides a veritable platform through which both literate rural and urban dwellers get authentic information about the government. It is hoped that if well-funded and managed the establishment could serve as one of the government’s revenue sources and job creation platform.

Interestingly too, relevant statistics show that Governor Uzodinma has reflected his penchant for the empowerment of the “local content” in the appointment of his appointees. At least 80 percent of his appointees so far fall within the bracket of people who have been living and plying their trade in Imo State.

Furthermore, the Governor’s decision to bring to an end the pensions for former governors, deputy governors, speakers and deputy speakers in Imo has been commended across the board. A bill from the state assembly on scrapping the pension regime for former governors got the Governor’s assent on Friday, May 22, 2020. The Governor cited the need to save cost for the state and channel money to other more important programmes as one of the reasons he signed the dotted lines on the bill.

The Governor argued that “the same governors and speakers also receive severance allowances, amounting to several millions of Naira, when they disengage from office.” He said severance allowances are targeted at cushioning post public office financial challenges for non-pensionable positions such as Governor and Speaker, wondering why the same category of former public office holders turned around to receive pensions.

Viewed from the prism that Governor Uzodinma, by signing the bill into law, also blocked a potential revenue source for himself, he is further commended for demonstrating uncommon selflessness. “It did not occur to the Governor that he is one of the ‘losers’ in this development. Repealing the law that entitled pensions to ex-governors and speakers means that the Governor would not enjoy the largesse when he leaves office”, said Chief John Eze in an interview.

However, the issue of nonpayment of salaries and pensions seem to blight some of the Governor’s stellar policy thrusts and achievements amidst the distractions of the COVID-19 pandemic. Although, the Governor has repeatedly explained that the delay in meeting this basic obligation was as a result of ongoing verifications in the civil service and the pensions board, a process he said has led to the detection of close to 3,000 ghost workers, Imo people seem to be in a hurry to see the issue of pensions and salaries rested.

The ongoing verification has also led to the blocking of leakages and the government saving about N2BN monthly from payroll fraud. Imo people say that having blocked leakages and saved billions of Naira, the Governor should go a step further to expose and prosecute the payroll cabal that had been in the business of fleecing the state of its resources for their personal aggrandizement.

While the Governor has empathized with civil servants and pensioners, assuring them that the payment system in the state would soon be in autopilot, the people say that the prosecution of the payroll cabal would further reassure them that his anti-corruption stance and avowed quest to “reconstruct and rehabilitate” the socio-economic and moral fabric of the state for sustainable development is not a political talk only.

A healthy nation is a wealthy nation. For a people to be productive they must be healthy. This is why, faced with the COVID-19 pandemic, the Governor soldiers on, ensuring that the health of the people remains paramount.

While some people rate the Governor above 50 percent in the management of the COVID-19 pandemic, there is need for the government to do more to enforce strict compliance to the COVID-19 protocols, such as the wearing of facemasks and other safety guidelines in public places. This would go a long way to reducing the spread of the virus.

One thought on “Governor Uzodimma’s Appreciable Performance in Few Months”

RAPE OF 3-MONTH OLD: Queen Mimidoo Uhundu Calls on CSOs, Media to Heighten Public Engagements in the Fight Against Rape

Thu Jun 25 , 2020
658 By The World Satellite.   Queen Mimidoo Uhundu; the Current Face of Middle-Belt, Nigeria and a humanitarian has called upon the Civil Society Organisations (CSOs) and various stakeholders, especially the Media to heighten public engagements in the fight against rape and sexual violence in the country, adding that to […] 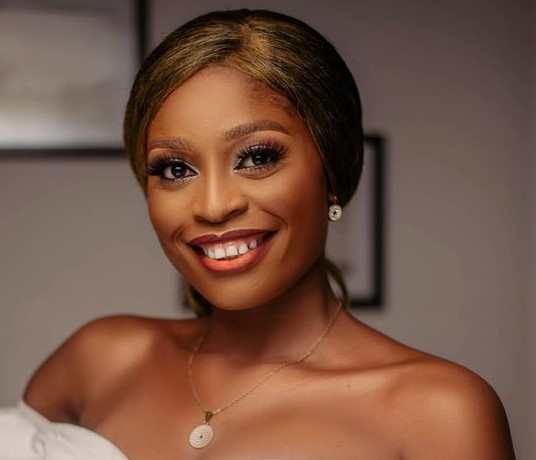