Queen Mimidoo Uhundu; the Current Face of Middle-Belt, Nigeria and a humanitarian has called upon the Civil Society Organisations (CSOs) and various stakeholders, especially the Media to heighten public engagements in the fight against rape and sexual violence in the country, adding that to champion the public engagement crusade, the Civil Society Organizations (CSOs) and the media occupy a major role in this respect.

Miss Uhundu made this call in an exclusive Media parley against the backdrop of the news twitted by the Nigeria Security and Civil Defense Corps on Tuesday that its Nasarawa state command has arrested a man accused of raping a three-month-old baby in in Adogi Village in Nasarawa State, after a thorough intelligence gathering and investigation.

According to reports, the incident happened on May 27 when the mother woke up at night and discovered that her baby and mobile phone were missing.

“The incident occurred on Wednesday 27 of last month when suddenly I woke up around 3am and found that my baby was missing. I checked my phone which was also close to me before I slept, but it was also missing,” the mother narrated.

She further explained that both men and women of the village went out in search of the baby on foot and motorcycles, and eventually found the child in an uncompleted building bleeding.

“She was found lying in the building with her pants kept aside. Everywhere across her private part was blood and then we rushed her to the hospital,” she said.

The World Satellite gathered that the baby received surgical treatment at Jos University Teaching Hospital as a result of the incident.

Reacting to this, Queen Mimidoo recalled that Child sexual abuse in Nigeria is an offence under several sections of chapter 21 of the country’s criminal code and as such, noted that the role of the CSOs would include sponsoring relevant bills at the national assembly that would toughen current legislature on sexual violence., which according to her may include making rape, a capital offence with protracted prison terms as have been advocated by the African Civil Society Against Rape in Nigeria.

“The whole idea is to make the prospect of sexual assault to a would-be perpetrator, as unattractive as possible. The myriads of physical and psycho-social impediments on the victims/survivors of sexual assault in particular and the society in general, would justify any tough legislative measures to curb this monstrous abuse on the integrity of individuals and by extension the entire society”, She quoted the African Civil Society Against Rape in Nigeria.

Continuing, she observed that though human sexuality is not just a matter of instinct as many people believe, it is rather an action which is controlled by decisions and social norms. “It is a decision because no matter the reasons behind sexual activities, the two parties involved should under normal circumstances decide or take a decision to carry out the act. It is also controlled by social norms in the society because there are social sexual norms and ethical standards that guide how humans express their sexuality even though it varies from one culture to another”, Miss Uhundu stated.

She however, stressed that the variation of social sexual norms in different cultures does not rule out the fact that sexual abuse called rape is considered a taboo and strongly condemned and shunned all over the world, just as she added that it is more serious when it involves children (minors) especially children and babies of eight years and below.

“Child rape in Nigeria is a new dimension of rape which has left many mouths agape and eyebrows raised. It is so embarrassing and heart breaking to hear that children who suck breasts are raped by beings who call themselves men. One begins to wonder what type of pleasure such worthless men derive from raping babies and children. How can a man with all his senses insert his manhood in the tender and undeveloped private parts of toddlers? Are these men human or beasts?”, said Queen Mimidoo.

Furthermore, the versatile beauty Queen regretted that despite the fact that individuals and groups, both government and non-governmental organisations are trying to quench the evil fire of child rape, the fire keeps burning faster and wider consuming the lives, future and the education of the innocent female children in Nigeria.

“The news of child rape is worrisomely increasing. It is now usual to hear that a man has raped his biological daughter or that a baby girl of some months old has been defiled carnally by an old man. What lures men into raping children and babies really confuses me”, she added.

Conclusively, she enthused that it is important the Advocacy Community in its attempt to provide victim safety and offender accountability, and more importantly in prevention of sexual assault, should not isolate itself from other relevant stakeholders but rather take into account the criminal justice and treatment efforts to also address sexual offending behaviour.

Thu Jun 25 , 2020
1,349 The Prominent Civil Rights Advocacy group; Human Rights Writers Association of Nigeria (HURIWA) has condemned the decisions reached by the management of the Nigerian Customs Service regarding the widely reported ‘botched’ invasion of a warehouse in Katsina suspected to be used by Rice smugglers to conceal foreign rice, which […] 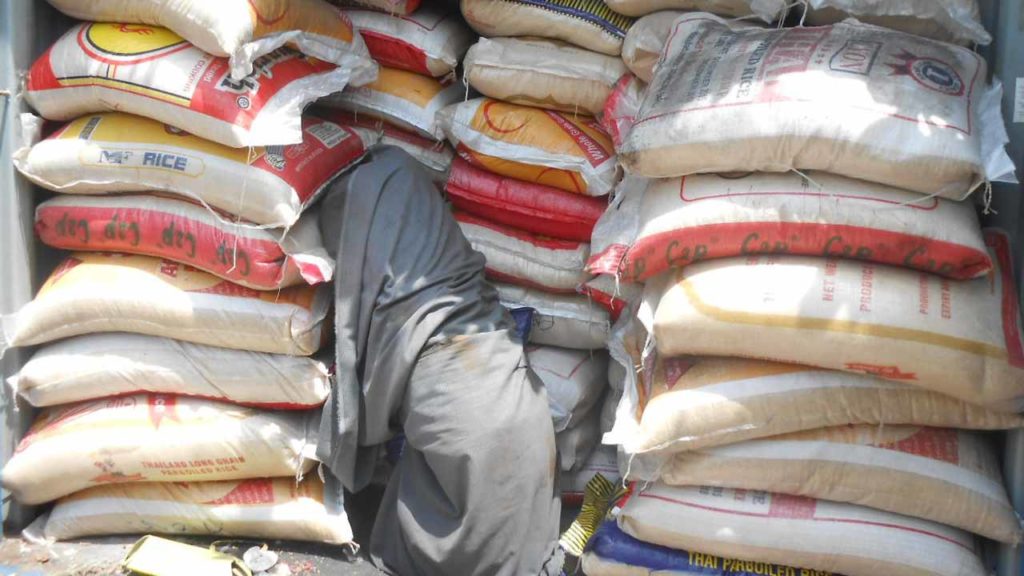