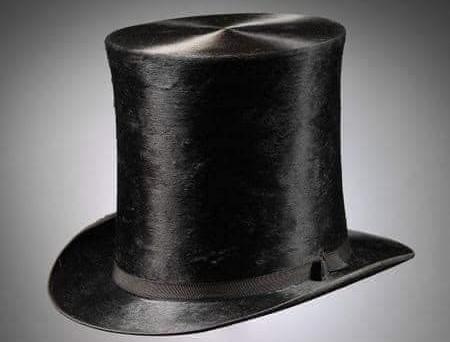 The Stovepipe Hat is a variant of top hat also called high hat, cylinder hat or topper and more recently referred to as the Usman Dan Fodio Hat by Rivers people after a trending picture of a popular politician popularized it.

It is a tall, flat-crowned hat for men traditionally associated with formal wear in Western dress codes, meaning white tie, morning dress or frock coat. Traditionally made of black silk or sometimes grey, the top hat emerged in Western fashion by the end of 18th century. Although it declined by the time of the counterculture of the 1960s, it remains a formal fashion accessory.

Perhaps inspired by the Early Modern era captains, higher crowned dark felt hats with wide brims emerged as a country leisurewear fashion along with the Age of Revolution around the 1770s. Around the 1780s, the justaucorps was replaced by the previously casual frocks and dress coats.

At the same time, the tricorne and bicorne hats were replaced by what became known as the top hat. By the 1790s, the directoire style dress coat with top hat was widely introduced as city-wear for the upper and middle classes in all urban areas of the Western world. The justaucorps was replaced in all but the most formal court affairs.

Towards the end of the 19th century, whereas the white tie with black dress coat remained fixed, frock coats were gradually replaced by morning dress, along with top hats. Following the counterculture of the 1960s, its use declined along with the disuse also of daily informal hats by men.

Yet, along with traditional formal wear, the top hat continues to be applicable for the most formal occasions, including weddings, funerals, in addition to certain audiences, balls, and horse racing events, such as the Royal Enclosure of Royal Ascot the Queen’s Stand of Epsom Derby.

It also remains part of the formal dress by those occupying prominent positions of certain traditional British institutions, such as the Bank of England, certain City stock exchange officials, occasionally at the Law Courts and Lincoln’s Inn, by judges of the Chancery Division and Queen’s Counsel, by boy-choristers of King’s College Choir, as well as dressage horseback riders, in addition to servants’ or doormen’s livery.

As part of traditional formal wear, in popular culture the top hat has sometimes been associated with the upper class, and used by satirists and social critics as a symbol of capitalism or the world of business, such as the Monopoly Man or Scrooge McDuck.

The top hat also forms part of the traditional dress of Uncle Sam, a symbol of the United States, generally striped in red, white and blue. Furthermore, ever since the famous “Pulling a Rabbit out of a Hat” of Louis Comte in 1814, the top hat remains associated with hat tricks and stage magic costumes.

According to fashion historians, the top hat may have descended directly from the sugarloaf hat; it is difficult to establish provenance for its creation. Gentlemen began to replace the tricorne with the top hat at the end of the 18th century; a painting by Charles Vernet of 1796, Un Incroyable, shows a French dandy (one of the Incroyables et Merveilleuses) with such a hat.

The first silk top hat in England is credited to George Dunnage, a hatter from Middlesex, in 1793. The invention of the top hat is often erroneously credited to a haberdasher named John Hetherington. 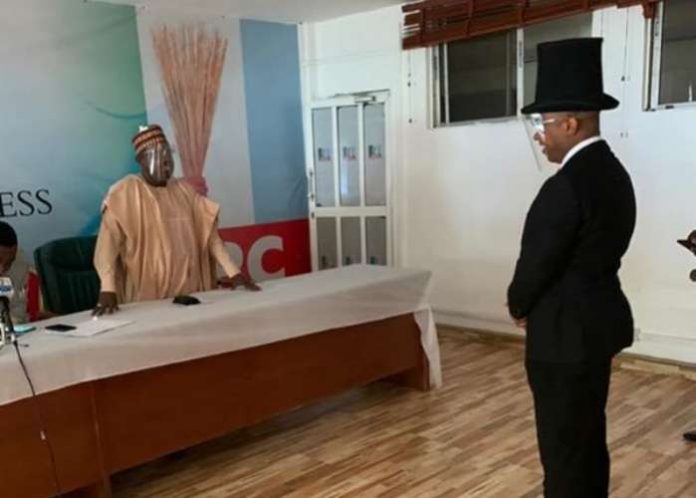 Within 30 years, top hats had become popular with all social classes, with even workmen wearing them. At that time those worn by members of the upper classes were usually made of felted beaver fur; the generic name “stuff hat” was applied to hats made from various non-fur felts.

The hats became part of the uniforms worn by policemen and postmen (to give them the appearance of authority); since these people spent most of their time outdoors, their hats were topped with black oilcloth.

The modern standard top hat is a hard, black silk hat, with fur now often used. The acceptable colors of hats are much as they have traditionally been, with “white” hats (which are actually grey), a daytime racing color, worn at the less formal occasions demanding a top hat, such as Royal Ascot, or with a morning suit. In the U.S. top hats are worn widely in coaching, a driven horse discipline, as well as for formal riding to hounds.

In formal academic dress, the Finnish and Swedish doctoral hat is a variant of the top hat, and remains in use today. A top hat, frequently colored red, white and blue, or with stars and stripes similar to those on the American flag, is part of the regular costume of Uncle Sam, a symbol of the United States.

For satirists and political cartoonists, the top hat was a convenient symbol of the upper class, business and capitalism. A character wearing a top hat would be instantly recognized by the viewer as a member of the oligarchy.

The character Rich Uncle Pennybags in the board game Monopoly, wears a top hat. In addition, a top hat is one of the game’s tokens, used by players to mark their position as they progress around the board.

Sat Jun 27 , 2020
660 By Emmanuel Onwubiko   One area of lacuna in the administrative style of President Muhammadu Buhari is his lack of a workable strategy to provide formidable buffers to secure Nigeria and Nigerians at home and in foreign jurisdictions to such an extent that critical thinkers are beginning to conclude […] 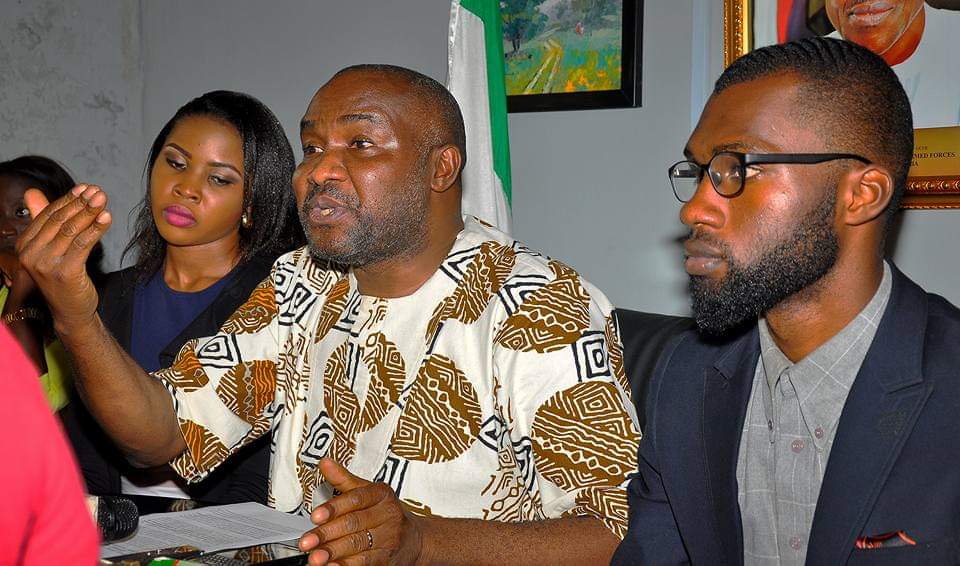