The report claimed that unnamed sources within the panel investigating the suspended EFCC boss “exposed the vice president’s involvement in the scandal.”

“Specifically, Magu was said to have mentioned a N4 billion that he released to the VP based on directives the very day the President left the country for the United Kingdom on medical treatment,” part of the report read.

It did not give details of which of the president’s numerous medical trips to the United Kingdom it referred to and provided no evidence to back the claim.

Mr Osinbajo in a letter to the IGP through his lawyers, Taiwo Osipitan, on Wednesday said the report was untrue and defamatory.

Thu Jul 9 , 2020
386   A group called the Civil Society Network Against Corruption, (CSNAC), has accused the Attorney General of the Federation; Abubakar Malami of implementing a prepaid plan to get the chairman of the Economic and Financial Crimes Commission (EFCC); Ibrahim Magu, out of office. The coalition of 150 Civil Society […] 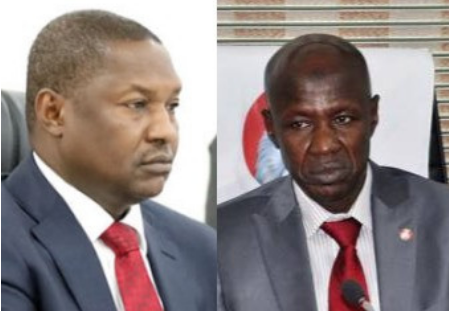