A call has gone to the Justice Ayo Salami – led presidential panel probing the embattled and suspended acting Chairman of the Economic and Financial Crimes Commission (EFCC) Ibrahim Magu to expand the terms of reference to the period that Mr. Nuhu Ribadu headed the anti-graft body.

The Prominent Civil Rights Advocacy group; HUMAN RIGHTS WRITERS ASSOCIATION OF NIGERIA (HURIWA) also asked the Presidential panel to publicly invite interested Nigerians who had had one bad experiences or the other about their encounters with the Economic and Financial Crimes Commission EFCC to send in memoranda and petitions just as the Rights group said the anti-graft commission stinks of professional misconduct and auditing corruptions which should necessitate a more elaborate investigations by the Justice Ayo Salami led Presidential Panel of inquiry on EFCC.

In a media statement made available by the National Coordinator; Comrade Emmanuel Onwubiko and the National Media Affairs Director; Miss Zainab Yusuf, HURIWA said it has resolved to petition the Justice Ayo Salami – led presidential panel investigating Magu to also look at the extensively damaging allegations made by Chief Emmanuel Nwude, convicted previously over advanced fee fraud by a Lagos High Court, that some of the properties not listed amongst his assets forfeited upon conviction were sold by the Economic and Financial Crimes Commission and even when he protested over the illegality, both himself and his lawyer were then roped in and charged for a nebulous offence allegedly by the suspended Chairman of the EFCC which they (Emmanuel Nwude and his lawyer)  eventually won at both the High Court and the Court of Appeal against the Economic and Financial Crimes Commission.

Specifically, on June 4th 2020, the general secretary of the Nigerian Bar Association; Mr. Jonathan Gunu Taldi, wrote Chief Emmanuel Nwude to inform him that Mohammed Dele Belgore has submitted his reply to his petition. He (Nwude) was then asked to reply to the reply by Mohammed Dele Belgore.

HURIWA  submitted that the weighty allegations made against the EFCC and some of their lawyers by the complainant Chief Emmanuel Nwude are  such that should be captured under the terms of reference of the Justice Ayo Salami headed Presidential panel of investigations just as the Rights group said it will also petition the President on the need to carry out a holistic forensic investigations of EFCC so the Aegean stable would be cleaned up thoroughly and for the anti-graft war to regain the needed credible momentum.

HURIWA recalled that the Senior lawyer dragged to the NBA by Chief Emmanuel Nwude, Mohammed Dele Belgore  (SAN) has responded as follows:

With regard to the unnumbered paragraphs that follow paragraph 40, I state as follows:

I was not party to any further charge regarding Plot 38B Mobolaji Johnson Way, Oregun, Ikeja; with regard to the allegation that Plot 38B Mobolaji Johnson Way, Oregun, Ikeja was not covered by the judgement of the High Court, I state that the property never belonged to the complainant but the complainant voluntarily surrendered and was ordered to forfeit “shares in and the entire undertaking” of several companies one of which owned the property;

with regard to the alleged sale of SOOB of Plot 38B Mobolaji Johnson Way, Oregun, Ikeja, the sale price and diversion, I state that I have no knowledge of any impropriety on the part of any person other than the complainant who I understand is presently being tried before the Ikeja High Court on criminal charges relating to the property;

I am unaware of the alleged activities against Rotimi Jacobs and the EFCC;

In conclusion, I deny having committed any of the acts of misconduct alleged.

I should add that the present petition is one further act of harassment by the complainant of myself, my firm and other colleagues who are similarly subject of this petition. To date, Mr. Nwude has initiated scurrilous and unsubstantiated complaints against us before the EFCC in Lagos and Enugu, before the Nigeria Police Force at Milverton Road, Ikoyi, amongst other places, and he appears to be shopping around for a forum that will give credibility to his allegations. None of the places to which he has hitherto petitioned have found any merit in his allegation.”

We have noted his veiled attempt to distancing himself from the matter and situating it as a matter that concerned only Mr. Babajide Ogundipe and in reply I wish to clarify the issues as follows.

In reply to paragraph 3, 4 and 5 of Belgore’s, I clarify that the complaint was against the Firm and the partners in the firm of Sofunde Osakwe Ogundipe & Belgore and he is one of such partners.

The complaint was for unethical conduct, fraud and abuse of judicial process and involves initiating fraudulent criminal proceedings made upon financial arrangement with officials of the EFCC a fact which Ogundipe has admitted in his confessional statement to EFCC in the prosecution of Rickey Tarfa in charge No. ID/102C/2005.

Belgore personally argued the suit of Leo Wallace Cochrane & Ors against me in a suit seeking to enforce a foreign judgement against me before the High Court of Lagos State and the suit was struck out by Ipaye J.

He also represented the firm and the partners in my suit against them at the Federal High Court Lagos Division in the case of Rodieeem Investment Vs RFCC & Ors.

He also appealed the decision of Ipaye J to the Court of Appeal. He lied on this.

In respect to paragraphs 5 and 6 of Belgore’s answer, I state that Mr. Ogundipe in his confessional statement referred in the complaint stated that the instruction of the firm was by the London firm, of Peters & Peters and later renewed by William Richey LLP and the instruction was to recover a judgement debt in the sum of $190m. There is no evidence anywhere that he was in fact so instructed and there is no such instruction rather the partners used the information in the civil suit in London to contrive with EFCC officials and in fact tried to drag the court as partners in the crime as contained in the statement of Fredrick Akinrutan to EFCC where they were telling him that they will settle the court.

My persecution which was turned into prosecution as admitted in Ogundipe’s confession was founded not on any complaint by the Brazillians but upon the information from the proceedings in the London High Court Chancery Division. In fact the bank through its internal auditor deposed to the affidavit and other processes confirmed that having recovered their monies in Florida, Switzerland and Judgement of the London High Court could not pursue the matter in Nigeria as the amount of the primary transfers to Nigeria were insignificant. In fact no money was ever remitted to the people from the proceeds of sale of my properties.

In respect of paragraphs 6, 7 and 8, I state that the judegement of the High Court of London and investigations of Switzerland exonerated me of any criminal conduct in the matter and maintained that I earned fees for providing money transfer services through my BDC but entered judgement against others for the entire sum claimed with interest and specifically directed that their properties in UK be attached, sold and the proceeds paid to claimants in settlement of the judgement debt.

So I was convinced of my innocence hence my plea of not guilty. But here I was arrested upon agreement on fee sharing made between Ogundipe and Rotimi Jacob on the directives of EFCC chairman see Ogundipe’s confession, was denied bail despite being charged with bailable offences and for two (2) years the prosecution called only six out of the 46 witnesses listed in the charge.

My Lawyers were hounded and forced out of my case and under immense pressure EFCC coarsed me to engage the services of Ricky Tarfa who then joined in cajoling me to change my plea against my personal conviction. There was never a plea bargain as I was handed the maximum sentence without option of fine and yet the Judge again imposed a fine which is contrary to law under which I was charged hence I immediately engaged the services of Alex Iziyon to appeal that decision immediately.

I have also from affidavit filed in court by EFCC that the judgement has been enrolled and the order of forfeiture only affected four properties belonging to companies that were not charged in the matter.

The court did not make orders on my shares and that of my children and wife and the dividends yet they fraudulently sold same and shared the money. The court did not make orders against any property outside the territorial jurisdiction of the Court yet they sold my properties that are outside the state, no money was paid to Federal Government or any person in Brazil.

If you examine what was said to be further amended information, you will find that same initiated on November 18, 2003 at 9:30am and the judgement was same date. That document was forged and came in long after the judgement and the enrolled order. I was not served with that process and if issue of my property and forfeiture was to my knowledge, I would have objected as the properties were from my legitimate income.

In response to paragraph 9, of Belgore’s answer, I state that the judgement of Court of Appeal decision was also obtained upon fraudulent representation and practice that is strange to criminal law. The representation that 2nd and 3rd respondents were victims named in the charge was false. The person named is Nelson Sagakuchi of Stanton Development Corporation. The name of 2nd and 3rd defendant is nowhere mentioned in the entire Charge and proof of evidence not even as witnesses. I know that party remains state and accused and forfeiture is to the government and not individuals or strangers. So, the claim that Leo Wallace Cochrane & Ors are the victims or complainant is false. The matter is presently before the Supreme Court.”

HURIWA is therefore challenging the Federal Government of Nigeria to look at all these petitions and deal with them on merit so the fight against corruption is not fought with corruption.

One thought on “MAGU: HURIWA Asks Presidential Panel to Widen Scope of Investigations” 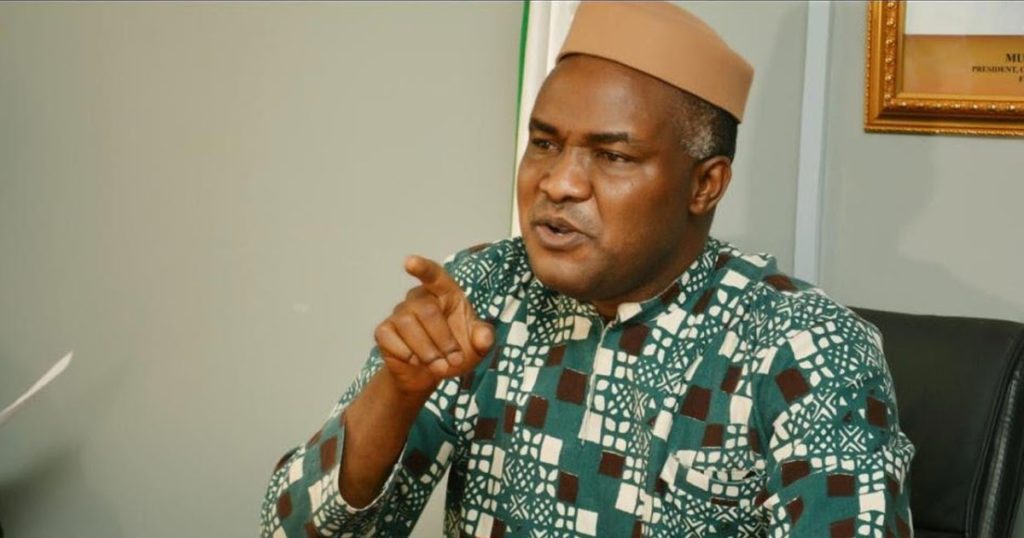