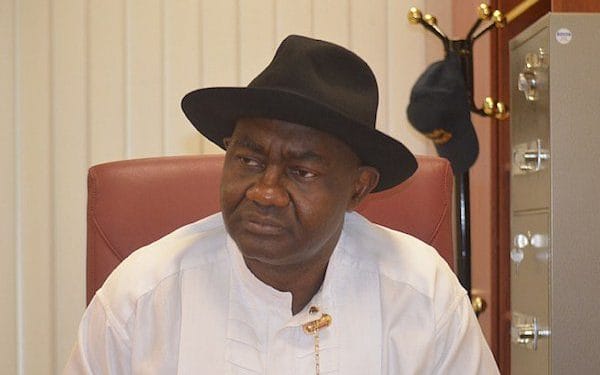 Senator Magnus Abe, has urged some politicians who engage in continuous negative thoughts against other persons to desist from such and channel the energy into focusing on the progress and prosperity of the Nation.

Abe’s reaction followed different publications in the media recently, announcing his physical, political death and burial, which are suspected to be handiwork of his political opponents.

In a statement by his media assistant; Parry Saroh Benson, in Port Harcourt, Rivers State, the former Senator decried such behaviour, describing it as disheartening, undemocratic, evil and shameful.

He wondered how someone would at all times be shouting announcing physical, political death and burial of someone that is alive, simply because they are political opponents, insisting that politics should not be focused on harbouring ill-will against anyone, but rather on how to grow the nation.

He said: “This kind of burial without end has become shameful to those who conceive and imagine these negative thoughts.

“Every day you bury Senator Abe in the morning, by evening you are shouting about the same man you buried in the morning and then you bury him again and again.”

He recalled that some politicians in collaboration with their allies some years ago carried out a funeral procession with his name on a coffin in Bori to further their political hatred and bitterness against him, yet he is still alive.

“It got to the point where a coffin with Senator Abe was carried on live television in Bori and buried, yet Senator Abe is still here.

“The purpose of our politics should not be the burial of anyone. It should be about the progress and prosperity of our nation.

“I represent the truth; the truth does not die and so it can never be buried.

He rebuffed those who indulge in such uncanny lifestyle to think positively for their own good.

“Let us focus on what is real; change is always a painful process. But change must come,” Abe admonished.

Tue Jul 14 , 2020
396 By Kennedy Eberechi.   The prominent Civil Rights Advocacy Group; Human Rights Writers Association of Nigeria (HURIWA) has expressed worries over the continued detention of Emperor Gabriel Ogbonna; a lawyer arrested by the Department of State Service (DSS) on the orders of Okezie Ikpeazu; Governor of Abia State over […] 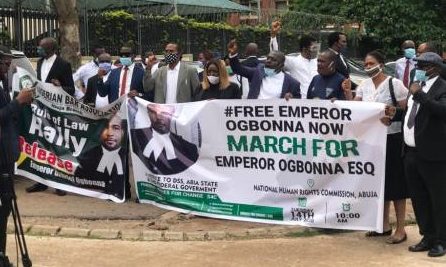