The Economic and Financial Crimes Commission (EFCC) as the major Financial crimes combating agency in Nigeria was established in 2003 partially in response to pressure from the Financial Action Task Force on Money Laundering (FATF), which named Nigeria as one of the 23 countries non-cooperative in the international community’s efforts to fight money laundering.

Since its inception, the Anti-Graft Agency has made giant strides to rid Nigeria of the popular Advance Fee Fraud otherwise known as 419 or the Nigerian Scam, positioning itself as a major tool for fighting official corruption in Nigeria and money Laundering.

Undoubtedly, recent probe of Ibrahim Magu by the Justice Ayo Salami-led panel, which led to his (Magu) his suspension as the Acting Chairman of the Graft Agency by the President has left much to be desired of the fight against corruption in Nigeria and calls for urgent attention.

Incidentally, the prominent civil rights group; Human Rights Writers Association of Nigeria (HURIWA) has expressed worries over the pervasive nature of corruption in Nigeria, which according to them has turned public service for many into a kind of criminal enterprise while adding that graft has fueled political violence, denied millions of Nigerians access to even the most basic health and education services, and reinforced police abuses and other widespread patterns of human rights violations.

HURIWA in a statement titled “Time to Restore the Reputation of Nigeria’s Economic and Financial Crimes Commission: Magu Should Resign Forthwith” gave reasons why the suspended Acting Chairman of EFCC; Ibrahim Magu should resign so as to save what is left of the reputation of the crimes combating Agency.

According to the statement signed by the National Coordinator; Emmanuel Onwubiko and National Media Affairs Director; Miss Zainab Yusuf, HURIWA noted that Ibrahim Magu; a Nigerian Police Officer who served as acting chairman of the Economic and Financial Crimes Commission (EFCC) from 9 November 2015, until his suspension on 7 July 2020 is facing about 21 corruption allegations brought against him by the Attorney General of the Federation (AGF) and Minister of Justice; Abubakar Malami.

“If a man who is being alleged to have been entangled in the web of corruption is left to superintend over the anti-graft Agency it will make a mockery of the sincerity of President Muhammadu Buhari’s administration in fighting corruption’, said HURIWA

Again, HURIWA recalled that in 2017, The 8th Senate twice rejected the nomination of Ibrahim Magu as the substantive chairman of the Economic and Financial Crimes Commission, after the State Security Service (SSS) reaffirmed its position that the nominee lacks integrity to lead the country’s anti-corruption agency.

“The executive through the DSS, questioned his fitness to occupy the office, and the 8th Senate agreed with it. But executive order has kept him there illegally for these years, and failed to clear him of the corruption baggage.

“He (Magu) seems to have been crushed under the weight of the burden just like all his actions in office carried out under the burden. We were ab initio told by law, that he is not fit and proper to occupy the office by parliamentary authority. Anything else is void, no matter the attire it is clothed or coloured.

“Section 2(3) of the Economic and Financial Crimes Commission (Establishment) Act 2004 provides that “the Chairman and members of the Commission other than ex-officio members shall be appointed by the President and appointment shall be subject to the confirmation of the Senate.

“The implication is that the reign of Magu as the Head of the EFCC never received the full blessing of statutory compliance. It is only hoped that the right step would urgently be taken especially now that his conduct in office has been marred with alleged financial misdeeds.

“It is rather disturbing, that a man who has been chairing an anti-corruption campaign (whether in acting or substantive capacity) has a DSS damning report over his head, which was not totally cleared. We do not intend to dabble into the politics of the issue. What is important is that the law should lead”, HURIWA explained.

Notwithstanding, HURIWA still believes that in spite of myriad of setbacks, a stronger and more independent EFCC represents Nigeria’s most promising avenue to make tangible progress in the fight against corruption just as the Group acknowledged that the EFCC is the only Nigerian government institution that has posed meaningful challenge to the impunity enjoyed by corrupt and powerful members of the political elite.

“Our team believes that the character and capacity of the EFCC’s leadership is an important issue and therefore calls for the resignation of the embattled and suspended acting Chairman of the Economic and Financial Crimes Commission (EFCC); Ibrahim Magu”, the Group stressed.

Furthermore, the group urged the Presidency to do more to fight corruption and strengthen the capacity and independence of key anti-corruption institutions, because according to them, corruption is at the heart of many of Nigeria’s most serious human rights problems.

WOMAN TO WOMAN: Is Your Health As Important To You As You Long For Success? 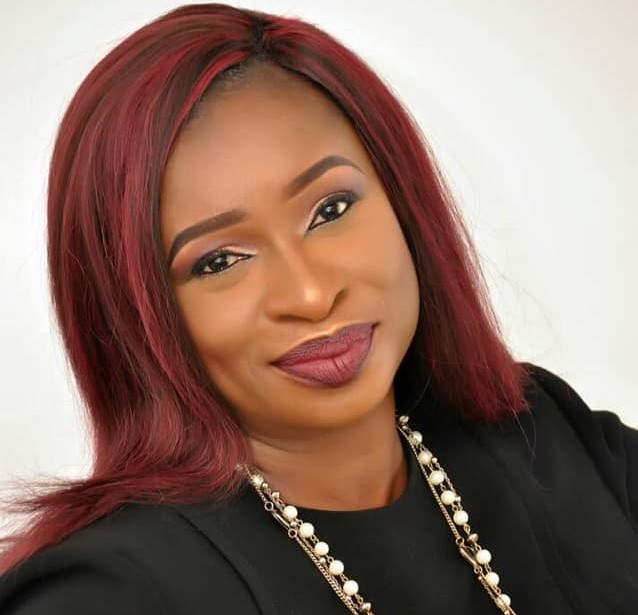