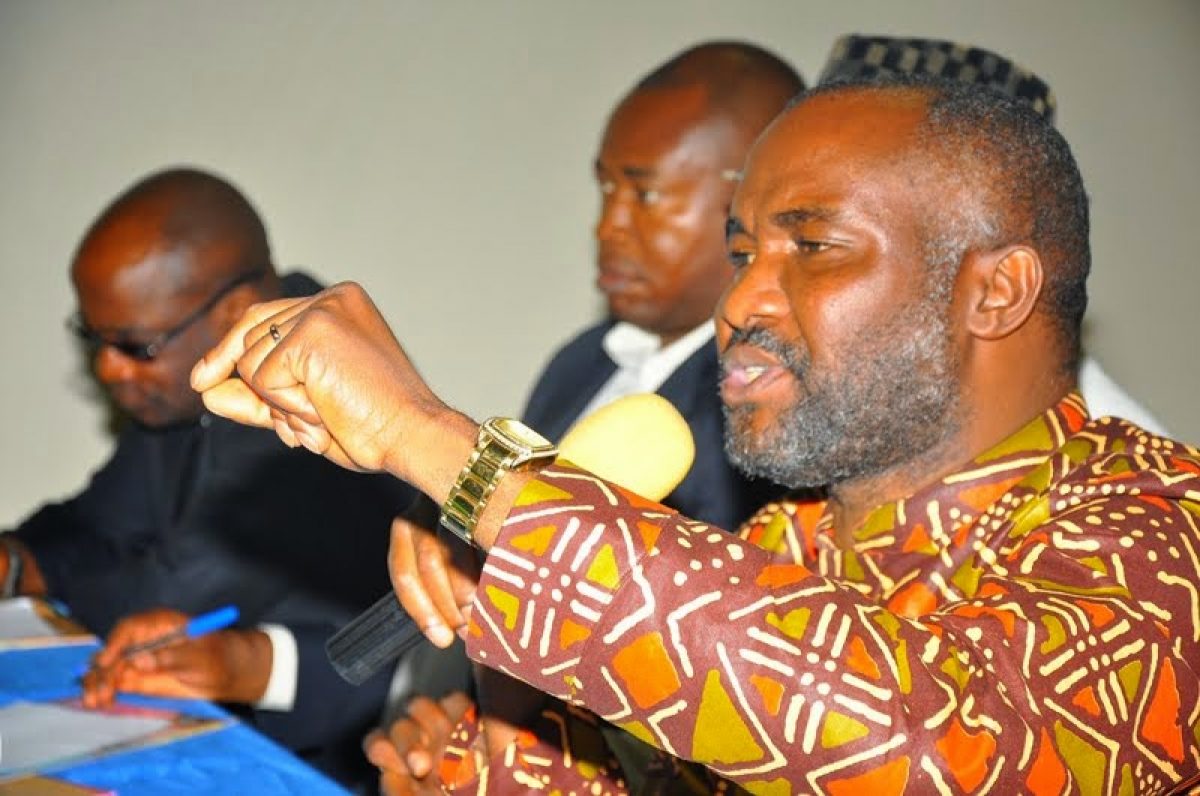 A Statement By The Pro-Democracy and Leading Civil Rights Advocacy Group; Human Rights Writers Association of Nigeria (HURIWA) Condemning The Recent Attack on The Convoy of The Executive Governor of Borno State; His Excellency, Babagana Umara Zulum, And The Politicisation of the ongoing counter terror war in Nigeria

The emergence of Boko Haram as a terrorist group in Nigeria significantly changed the country’s security landscape. From a quiet religious study group in the early 2000s, the group rose to become the world’s deadliest terrorist group in 2015.

Boko Haram terrorism has been recognized as the most threatening and complex security issue in Nigeria since independence. In response, particularly since 2015, the Nigerian Army under Lt. Gen Yusuf Buratai has committed itself to different counter-terrorism measures, which are largely dominated by “hard politics” and military mobilization.

However, these attempts have become unpopular as they have failed to contain Boko Haram within a short time frame and have made insufficient headways against unabated terror, with human rights costs among the host communities and amidst a surge of stakeholders’ discordance due to moles and saboteurs embedded within the Nigerian Army and the politicization of the war on terror.

The Human Rights Writers Association of Nigeria (HURIWA) has noted with great concern the concerted efforts by some unpatriotic individuals to politicise and disrupt the ongoing fight against terrorism and insurgency in the country.

The regrettable recent attack of July 29th on a convoy with Bagagan Zulum; The Governor of Borno State near the town of Baga on his way to a camp for Internally Displaced Persons to distribute food relief shows the desperation by enemies of peace and humanity at large to jeopardise all efforts towards making life easier for victims of violence in the state over the years.

More so, to dampen troops’ morale especially in the North East so that the troops will become more compromised against the war efforts and complicates the security situation in the country for selfish and cheap political gains and expediency.

Why The Chief of Army Staff Needs Our Support

Since 2015, the transformation of the Nigerian Army has rapidly manifested under the leadership of the Chief of Army Staff; Lt. Gen Tukur Yusuf Buratai who has been proactive in the war against terrorism despite efforts by moles and saboteurs embedded within the Army who are derailing the objectives of the counter Terror War.

Perhaps, those still not convinced by the impactful exceptional transformational measures manufactured in repositioning the Nigerian Army for effective counter-insurgency combats are definitely either poor adherents of history or have a faulty retentive memory.

The Nigerian Army is a professional institution and the COAS has made a landmark and tremendous record as a strict disciplinarian and therefore he is well aware of his obligation to fish out Moles and Saboteurs embedded within the Army who are derailing the objectives of the Counter Terror War.

According reports, normalcy had since been restored to Baga with socioeconomic activities picking up. We recall that as part of the activities marking the 2020 Nigerian Army Day Celebration together with its Cooperate Social Responsibility, Troops of the 7 Division Maidugiri conducted sanitation exercise along Baga road market, Maidugiri town in Borno State, while the newly built Camp Delta Force Quick Reaction Base was commissioned to enhance quick response of troops to terror activities in the communities.

Therefore, there is no need to continue to antagonize the Nigerian Army as it has come of age and in need of our collective support and goodwill.

The Governor’s statement attributing his convoy’s attack to sabotage either on the part of some of the Soldiers or poor communication between the Soldiers in Zulum’s convoy and those on the ground in Baga further underscores the disturbing situation in the Counter-Insurgency war and the need to further support the efforts of the COAS, who under his command, the Army  has gone to great extents  in demonstrating pragmatism towards fishing out these moles and saboteurs and repositioning the Nigerian Army into a symbol of pride to Nigeria.

Our Stand and Way Forward

The Chief of Army Staff Lieutenant General Tukur Yusuf Buratai has so many stakes in restoration of peace to the North East of Nigeria. This is because he is from there and as an expression of will; he has even established huge educational assets in Borno state on behalf of the Nigerian Army in the setting up of the Army University in Biu his home town. Such a patriotic citizen will definitely want the war to end today so his legacy is maintained.

Again, the Nigerian Army as an institution is a national pride and does not belong to anyone or region. This makes it important that we should not be identified with agents and saboteurs working hard to destabilise the Nigerian Army through the spreading of cocktails of fabricated stories and damaging innuendos aimed at rubbishing the public standing of the institution of the Nigerian military.

Hence, we commend the Army for rising to the occasion to getting rid of all moles in the military establishment so the war on terror can end on time because it is long enough. We equally restate that it is a dangerous and indeed a disingenuous politics for politicians or propagandists who hate the Chief of Army Staff; Lt-Gen Tukur Yusuf Buratai maybe for some self-centered reasons to go to town spreading the poisonous perception.

Since the return of democracy in Nigeria in 1999, no COAS has demonstrated his pragmatism in repositioning the Nigerian Army more than the current COAS. He advanced the human rights measures put in place within the Army by his immediate predecessor; Lieutenant General Azubuike Ihejirika who started the CIVIL AND MILITARY RELATIONS DEPARTMENT AND THE HUMAN RIGHTS DEPARTMENT of the Nigerian Army.

Furthermore, we ask that President Muhammadu Buhari consults widely with all stakeholders and convoke a bipartisan consultative meeting on national security so he gets strategic counsel on how to win the war on terror because war on terror is not a political gambit but a national security programme that should involve all Nigerians and must never be politicised.

In an age of increased security threats, keeping our people safe is above politics and the security of our nation runs deeper than our political differences.

We condemn the attack on the Governor of Borno state and urge the Nigerian Army to expedite action with its investigations, make public the details of the incident and deal decisively with the attackers just as spokesperson of the Nigerian Army; Sagir Musa had promised.

Thu Aug 6 , 2020
350 By The World Satellite.   President Muhammadu Buhari of Nigeria has pledged the solidarity and brotherhood of Nigeria to Lebanon over the massive explosions that rocked Beirut, the capital city of Lebanon on Tuesday, suspected to be caused by tons of ammonium nitrate stored in a warehouse. A statement […] 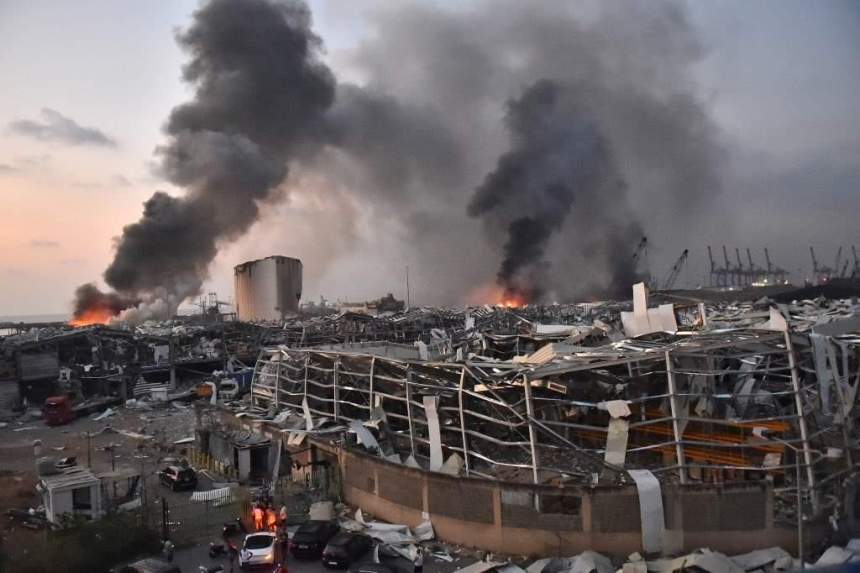