A Statement By The Pro-Democracy And Leading Civil Rights Advocacy Group; Human Rights Writers Association Of Nigeria (HURIWA) On The Series Of Infractions And Unethical Conducts Of Government Officials Which Invariably Truncates The Enforcement Of The Law Such As The Refusal Of The Attorney General Of The Federation To Prosecute Armed Fulani Herdsmen Arrested And Paraded By The Police And Military High Commands Since 2015; Condemning President’s Endorsement of Ize Iyamu Whom He Clearly Calls A Suspect in a Corruption Case To Run For Election To The Office Of Governor Which Is Expected To Give Him Immunity Cover For The Duration Of His Tenure If He Eventually Wins, And The  Politicization Of The War On Economic Crime.

The heightening nature of insecurity and violence in Nigeria is no longer news to Nigerians and even the international community. The nation witnesses, almost on daily basis, perpetration of such crimes as the killing of mainly civilians by bandits, terrorists and other criminal gangs in the Southern and Northern region, a situation many have described as senseless and brazen killings.

There is no action without a reaction and no stimuli without a response. Wanton killings by bandits have reached an upsurge where people feel they need to communicate their plight before actions can be taken to salvage it. This suggests the gloomy crisis of confidence in communities ravaged by insecurity.

No doubt, little drops make mighty oceans. In line with the failure of the Federal Government and the Attorney General of the Federation in particular to prosecute armed Fulani Herdsmen who are known to be behind these wanton killings, even after been arrested and paraded by the Nigerian Police with credible evidence of possession of unauthorized arms since 2015, violent conflicts that are pregnant with many consequences are left to aggravate across the Nigerian space.

The Human Rights Writers Association of Nigeria is fully aware of these issues and wishes to share concerns for the consideration of serious minds desirous of providing solutions to the myriad of problems confronting Nigeria in the interest of the coming generations.

President Muhammadu Buhari has spent over one year in his second and final constitutional tenure as the President of the Federal Republic of Nigeria. During the swearing-in of both tenures he held on to both the Holy Book of his faith and the Constitution of The Federal Republic of Nigeria as 1999, which serves as the supreme Law of Nigeria, and swore under a binding oath to do right to all manner of people according to law, without fear, or favour, affection or ill-will; yet the government under him has failed to bring justice to thousands of victims of the numerous cases of killings carried out all around Nigeria by suspected armed Fulani herdsmen. President Muhammadu Buhari is Fulani.

It is common knowledge that beginning from 1998 when their attacks were first recorded in Jos, Plateau State, Armed Fulani Herdsmen under the guise of cattle herders, have held Nigeria hostage, particularly the North Central and southern parts of Nigeria, killing innocent citizens at will, maiming others, kidnapping some for ransom, destroying farm crops and constituting a terror to farmers and rural communities.

HURIWA has noted with concern that within the past five years, this state of human rights violation has assumed striking proportions. Latitude, disorder and lack of respect for the sanctity of human life have become so widespread that much parts of Nigeria could be said to be currently in a state of civil war as hundreds of armed mass killers are getting away with their dastardly acts of genocides waged against communities all across the country.

Disappointingly, the current administration has treated with levity the cases of coordinated killings arranged and choreographed by armed Fulani herdsmen with the clear failure of  the Attorney General and Minister of Justice; Abubakar Malami to prosecute and punish those arrested with sophisticated weapons and paraded by the Nigerian Police.

More worrisome is that whenever these suspected mass killers are arrested and are clearly shown to be from the same ethnic-religious affiliations with the President which is Fulani, these numerous terrorists arrested with sophisticated weapons of mass destruction and paraded to the media by the Inspector General of Police ends up as media showmanship as the exact whereabouts of these paraded armed Fulani herdsmen are not disclosed to anyone and the spate of killings have continued in an unending vicious circle of violent and blood cuddling attacks.

Again, in an interview with Daily Sun newspaper published on November 2, 2019, the National President of Miyetti Allah; the socio-cultural organization covering Fulani herdsmen, Kautal Hore had warned that any Governor that wants to enjoy peace in his State must establish RUGA settlements for herdsmen.

That was a security threat and neither the Chief Law Officer; the AGF nor the Chief Law Enforcement Officer; The Inspector General of Police has effected any arrest, investigation and prosecution since then even as this Miyetti Allah has repeatedly offered explanations claiming responsibility whenever these attacks happen.

Our Concerns and Demands:

Joining on the list of voices, the outspoken Catholic Bishop of Sokoto, Most Rev. Dr Matthew Hassan Kukah, as published in the Daily Sun newspaper of January 9, 2019, page 10, accused the Federal Government of being sympathetic to Islamist insurgency.

In a statement credited to him, the bishop alleged that the Federal Government was using different methods to achieve the same goal of Islamic dominance in Nigeria. According to him, the Government is using the pedals of power to secure the supremacy of Islam which then gives more weight to the idea that it can be achieved by violence.

“The Federal Republic of Nigeria shall not be governed nor shall any person or group of persons take control of the government of Nigeria or any part thereof, except in accordance with the provisions of this Constitution.”

Therefore, the Attorney General of the Federation has failed in his constitutional obligations according to Section 174 (1) of the constitution, which bestows on him the power to take over and continue criminal proceedings started out by any authority or person to bring the culprits to book even after being arrested and paraded.

The failure on the part of the AGF to prosecute the arrested Armed Fulani Murderous further demonstrates the deliberate ploy by the current administration not to label these armed marauders and Fulani herdsmen, responsible for the wave of killings as terrorists so the full weight of the law would not be unleashed on them by applying the anti-terror laws of Nigeria to prosecute them in the competent courts of law.

It also expresses a high suspicions that these suspects are paraded as smokescreen for their eventual releases to return to the familiar killing fields, which is the fundamental factor fuelling armed Fulani herdsmen attacks all over Nigeria

It is pathetic that whereas the federal government identifies the unarmed Indigenous People of Biafra and the Islamic Movement group as terrorists, it has rather chosen to treat armed Fulani herdsmen and the murderous attackers as mere armed bandits.

In addition, the statement by President Muhammadu Buhari describing the killings of Christians and farmers in Southern Kaduna by armed Fulani herdsmen as a ‘revenge attacks’ underscores the lack of political will on the part of the Federal Government to crack down on all the terrorists carrying out mass killings of Nigerians even after being arrested and paraded.

For the umpteenth time, the Attorney-General should persuade the Federal Government to declare illegal the security threat of these armed Fulani Herdsmen by proscribing them as terrorists, and as a matter of urgency, arrest the wanton killings and destructions perpetrated by these fulani herders.

We are by this statement also calling on the Attorney General of the Federation; Abubakar Malami and the Attorney-Generals of Benue, Enugu, Bayelsa, Rivers, Plateau, Kaduna state and the flash-points of North West bandits to prosecute arrested suspected killers immediately.

Relatedly, the President Buhari’s endorsement of the candidate of the All Progressives Congress in the 2020 Edo Gubernatorial Elections; Ize Iyamu is a clog in the wheel of a government, which claims to be fighting corruption to turn around to endorse someone the Presidency clearly calls a suspect in a corruption case for allegedly looting 700 million Naira to run for election to the Office of Governor, which is expected to give him immunity cover for the duration of his tenure if he eventually wins.

For us as a prominent civil rights advocacy group, this is a huge set back to the principle of rule of law, because it is a direct undermining of the Rule of Law by the same Executive arm of the central government that charged Ize  Iyamu to court for alleged fraud.

Likewise, we condemn the politicization of the war on economic crime; so as to eschew the complexities in detecting and prosecuting this social damage. In view of the forgoing, we restate our call for a comprehensive reform of the Economic and Financial Crimes Commission so as to reposition it for effective anti-graft war.

Equally we urge the youths to become more active in politics. This is because, with their creative and labour powers, a Nation makes giant strides. The role of the youths in nation building is not to be going all over those in political offices for the crumbs that fail from the master’s table and then become willing tools for the disterbilzation of Nigeria, but to be catalyst in the political, social and economic development the Nation. TIME TO ACT IS NOW!!!

Thu Aug 13 , 2020
294 By Kennedy Eberechi.   Meaningful youth engagement, as defined by the 2018 Global Consensus Statement, is an inclusive, intentional, mutually-respectful partnership between young people and adults.  Power is shared and respective contributions are valued. Young people’s ideas, perspectives, skills, and strengths are integrated into the design and delivery of programs, strategies, policies, funding […] 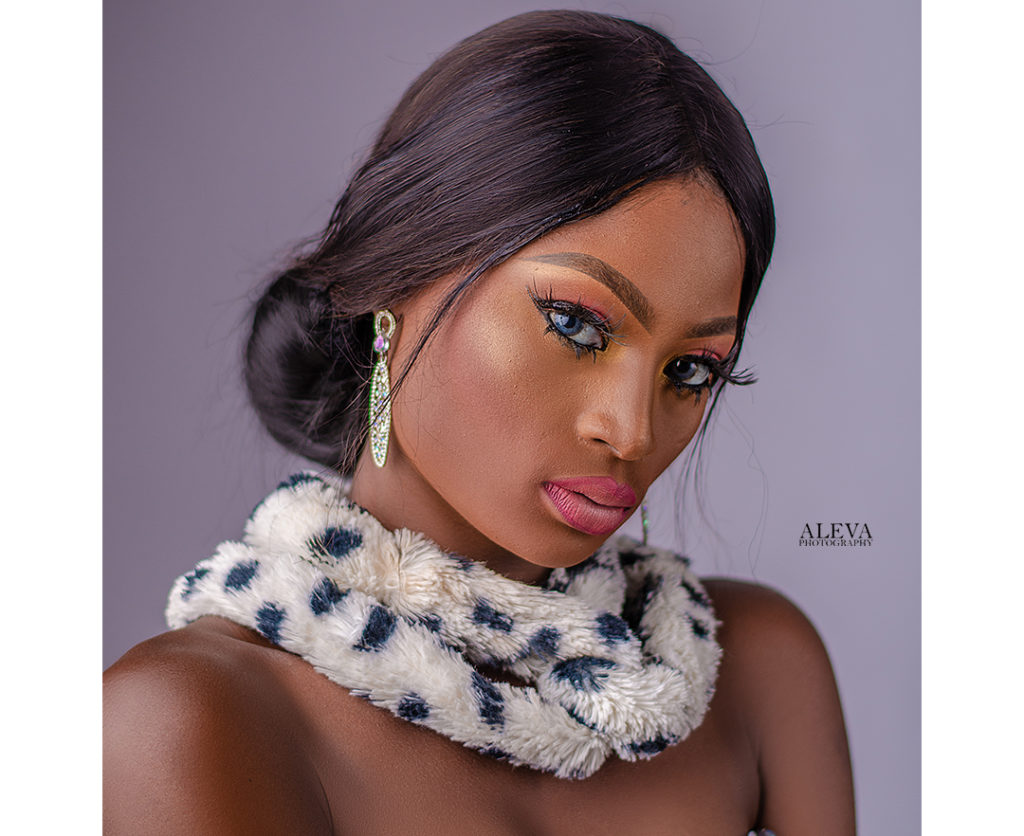