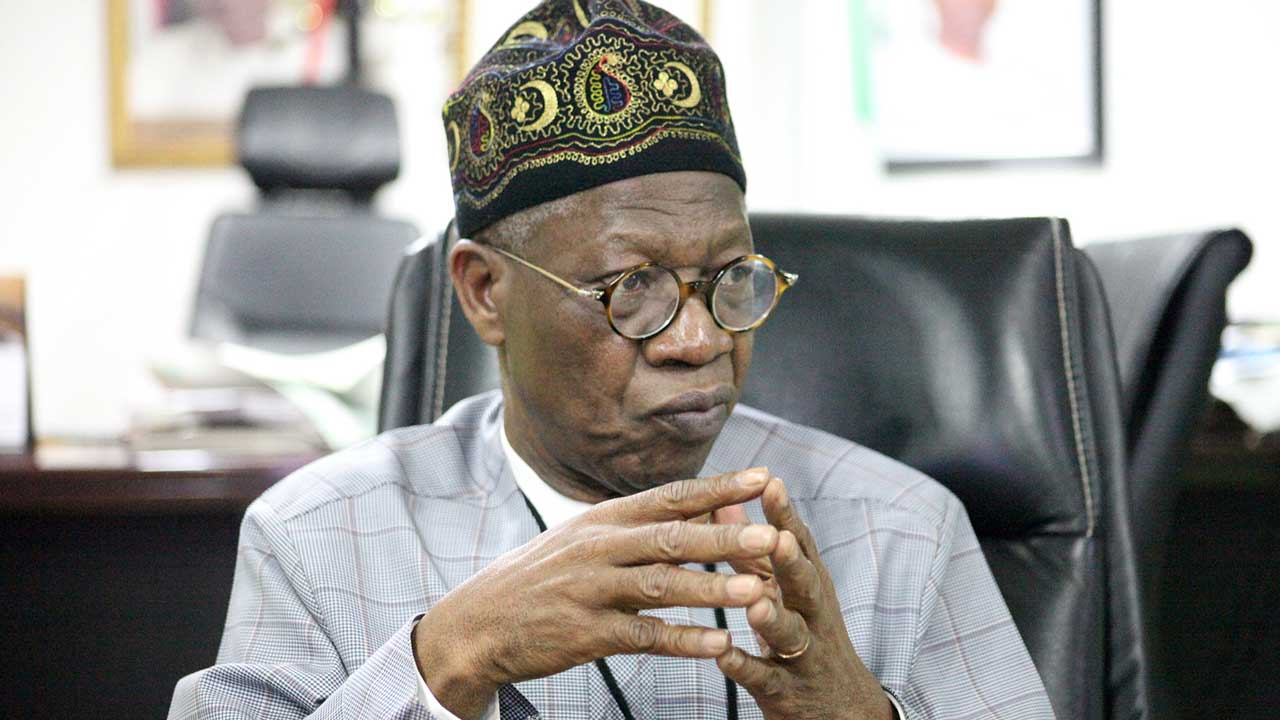 A Statement By The Prominent Civil Rights Advocacy Group; Human Rights Writers Association Of Nigeria (HURIWA) Condemning The Illegal National Broadcasting Commission’s New Code On Hate Speech, The Imposition Of Fine On Nigeria Info 99.3FM And Giving A Final Warning To The Minister Of Information And Culture; Lai Mohammed To Withdraw The Illegal Regulation Within 76 Hours

There appears to be little or no doubt that President Muhammadu Buhari is not an admirer of free speech. Recall that in his 18 months as Military Head of State in the mid-80s, human rights in the country was gagged, with press freedom curtailed for pleasure.

Even as an elected president, the record of his administration where media and human rights are concerned has been totally   unclean. Though his image makers have tried to sell him as a leader who is now persuaded that basic democratic freedoms matter, but they have been unsuccessful

As Military Head of State between 1983 to 1985, General Mohammed Buhari (as he then was) had promulgated the Decree No. 4, which did not take kindly to press criticisms and saw two Nigerian journalists jailed.

The Decree 4, drafted on March 29, 1984, was suppressive, with its Section 1, sub-sections (i), (ii) and (iii) providing that: “Any person who publishes in any form, whether written or otherwise, any message, rumour, report or statement, being a message, rumour, statement or report which is false in any material particular or which brings or is calculated to bring the Federal Military Government or the Government of a state or public officer to ridicule or disrepute, shall be guilty of an offence under this Decree.

Let’s say that was a military regime in power, and cannot be valid under a democratic government, which the present administration purports to be, but the provisions of the Decree No. 4 is similar to the provisions of Hate Speech Bill proposed by law makers early this year and the NBC Code on hate speech supervised by Minister of Information and Culture; Alhaji Lai Mohammed.

The content of the Hate Speech and Anti-Social Media bill sponsored by the Deputy Chief Whip of the Senate; Aliyu Abdullahi and  which found its way into the 6th Amendment to National Broadcasting Code unveiled by Lai Mohammed, Minister of Information on August 4, 2020 in Lagos to keep critics quiet was not totally different from the provision of Decree 4.

Unlike the Decree 4, this time, the Code stipulates that those who fall foul of the provision of the broadcast code on hate speech shall pay a fine of N5m, which was raised from N500, 000 as a means of compeling media houses to scrutinise adverts and reports before publishing them.

Since the unveiling of the NBC Code on Hate Speech on August 4th 2020 by the Minister of Information and Culture; Culture, Lai Mohammed, perceived to be a backdoor attempt to clamp down on free speech and opposition, lots of controversies have been stirring in the industry.

First, there are threatening moves suggesting that the Minister of Culture and Information; Lai Mohammed has hijacked the duties of the Director-General of the National Broadcasting Commission, hence the hasty review of the Nigeria Broadcasting Code.

Everybody envisages the NBC to be an autonomous body that has no place in politics. However when you listen to the news, the Minister has been the one speaking; is he the Director-General of the NBC?

Secondly, according to Professor of Broadcast Management and Media Law; Tonnie Iredia, who served as a consultant to the Broadcasting Organisations of Nigeria when the code was being revised, said broadcasters were not carried along during the process as was the norm.

Elucidating further, Mr. Iredia had noted that the problem is that for the first time in the history of broadcasting in this country, the code was not done the way it used to be done. He was quoted to have stated that this time around, the NBC just rolled out a number of things that it felt should be in the code and did not hold consultations with the stakeholders like the previous managers of the system did where you first of all hold consultation, everybody will look at it, there will be a document, you will bring it out at the tail end, there will still be another kind of peer review and all kinds of things.

According to media reports still, following the 2019 national elections, some members of the Federal Executive Council (FEC) had communicated to the Honourable Minsiter of Information and Culture the need to strengthen the operations of the NBC to avert such future occurrence the divisive broadcast engaged in by some broadcast media before, during and after the elections.

Instead of studying and following the law, relevant rules and regulations, and direct the appropriate authorities as stipulated by the law to act on, the Minister erroneously embarked on the review alone. First and foremost,  the minister or the NBC have no power of law making. The power to make law falls within the remit of the National Assembly and the State Houses of assembly in line with section 4 of the 1999 Constitution of the Federal Republic of Nigeria.  Also, there is no known offence in Nigeria called HATE SPEECH. So on which law is the Minister of Information; Alhaji Lai Mohammed relying on to manufacture this offence that is unknown to our legal jurisprudence?

More worrisome is the fact that early yesterday (Thursday) Morning, this illegal NBC Code was used to slam a fine of 5million Naira against Nigeria Info 99.3FM; a private broadcast radio station in Lagos by the NBC alleging that it provided its platform to be used to promote unverifiable and inciting views that can incite crime and public disorder.

NBC had cited the alleged unprofessional conduct of media house in the handling of the programme, “Morning Cross Fire”, aired on Monday between 8.30am and 9.00am which featured a former deputy governor of the Central Bank of Nigeria; Obadiah Mailafia.

Our Position and Demands:

There is no disputing the fact that hate speech represents an existential risk to journalism and effective reporting and by so doing obstructs the functionality of a free society, but that the Minister of Information and Culture who is a Politician and a member of the ruling Party would hide under the guise of preventing hate speech as a means of controlling free speech is absolutely unacceptable.

One of the functions of the mass media, globally recognized is to inform the society on all varieties of issues from all the side of the divide, not even excluding that of National Security.

In many sane democracies all over the world, criminals on even wanted lists of law enforcement agencies have reached out to the media to express their opinions about the crimes that they had perpetrated and the media space was not denied to them.

As a matter of fact, it seems somewhat contradictory that a country like ours, which grappling with national security battles, would choose to restrict media access to critical information. It is not known if any society had won the war against terrorism by placing a restriction to access to information, in the way the NBC under Lai Mohammed had done.

Again, the imposition of fine against the Nigeria Info 99.3FM, even without any evidence that the alleged statement had degraded any person or groups of persons, amounting to hate speech gives the impression that it was the radio station that put the words in the mouth of the guest.

Assuming without conceding the fact that a case of hate speech has been established, it is totally out of place in a democratic setting that NBC and Lai Mohammed would be the accuser, prosecutor, judge and jury in its own case against the station even as there is absolutely no offence in Nigeria known as hate speech.

More so, with the NBC board’s position, the Code on hate speech had not come into force; therefore, the N5 million fine is illegal. This is because the imposition of the N5 million fine was anchored on a purported amendment of the code and since the NBC lacks the legal competence to impose a fine on any broadcasting station without a finding of guilt by a properly constituted criminal court, the NBC should crush the illegal fine.

Whether or not what Dr. Mailafia said on the radio station was a false claim, it is outside of the objectives of a responsible regulatory framework to sanction a radio station for a comment an individual made, even as the personality in question; Dr. Obadiah, had been quizzed and released by law enforcement agents.

We wonder why those who ride on the back of mudslinging are now trying to witch-hunt political opponents using such toxic regulations to shut out plural voices. The investigation being conducted into Dr. Obadiah’s interview by the State Security Service has not been concluded. So, why was the NBC, induced by Lai Mohammed in a hurry to violate the fundamental right of the broadcasting station to a fair hearing?

The NBC Code on Hate Speech is a regulation that has no force of law so we condemn it and are by this statement giving a final warning to the Minister of Information and Culture; Alhaji Lai Mohammed to withdraw the illegal regulation within 76 hours or we file a suit to challenge the legality of such an affront against freedom of the media and expression in a competent Court of law. We have already briefed our lawyer.

By the way, what the bill sponsored by Senator Aliyu Abdullahi and the Hate Speech provision in the NBC Code attempt to address have already been taken care of in the 1999 Constitution of Nigeria and other laws. Section 39(1) of the Constitution guarantees Freedom of Expression as fundamental right, which is universally recognised and protected.

However, we recognize that the right to freedom of expression is not absolute as there are restrictions to the rights, one of which is found in the law of defamation, sedition and libel. So, if the Constitution had taken care of this restriction to free expression, why are the National Assembly and NBC, supervised by Lai Mohammed, still interested in enacting another Code?

Conclusively, we urge the  President; His Excellency, Muhammadu Buhari (GCFR) to caution his Minister of Information and Culture; Alhaji Lai Mohammed to refrain from threatening Nigerians with punishment under a controversial and illegal platform that is inconsistent and incompatible with the Constitution of the Federal Republic of Nigeria, 1999 (as amended).

Wed Aug 19 , 2020
434 By Human Rights Writers Association of Nigeria.   The head of the Nation’s prominent civil rights advocacy  group-; HUMAN RIGHTS WRITERS ASSOCIATION OF NIGERIA ( HURIWA) COMRADE EMMANUEL ONWUBIKO has raised alarm of threats to his life by some goons from unknown origin. In a media statement he personally signed, […] 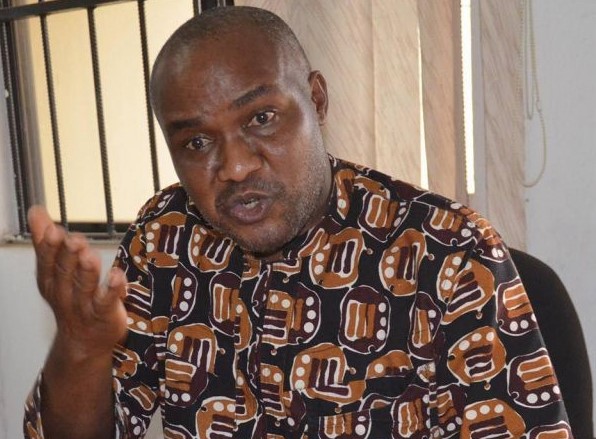