The main controversy is the Section 839 of the Act which gives the Registrar-General of Corporate Affairs Commission (CAC); the agency of government which regulates the activities of businesses and corporate organisations the powers to suspend the trustees of an association or a religious body and appoint an interim manager or managers to coordinate its affairs where it reasonably believes that there had been any misconduct or mismanagement, or where the affairs of the association are being run fraudulently or where it is necessary or desirable for the purpose of public interest.

The controversies climaxed in the statement signed by the Christian Association of Nigeria (CAN) at its meeting on the 20th of August, 2020 in which it mandated the President to withdraw the Act or at least a part of it.

In the midst of all these, the pro-democracy and leading civil rights advocacy group; Human Rights Writers Association of Nigeria (HURIWA) has describe the assent to the CAMA 2020, which repealed the Companies and Allied Matters Act, 1990, despite its rejection at the public hearing as  a declaration of war on Christianity and a further agenda to islamise Nigeria by another means and urged Nigerians to resist it by all means.

HURIWA’s position was made known on Saturday in a statement signed by its National Coordinator; Comrade Emmanuel Onwubiko and the National Media Affairs Director; Miss Zainab Yussuf wherein the group expressed worries that the amendment would lead to the revocation of licenses of not only NGOs, but also religious bodies and other similar CSOs and so have disastrous consequences for the daily lives of ordinary Nigerians and to society more broadly.

“This is of utmost concern because the establishment of a church has a spiritual foundation and the invitation of a manager who obviously does not share the spiritual insight of the founders of the church would undermine the church, insidiously defeating its purpose. How can a secular and political minister be the final authority on the affairs and management of another institution which is not political?

“Again, we discovered that CAC which will control Churches and NGOS has always been controlled by Hausa Fulani Muslim Northerners since inception. Even when Mrs. Azinge acted briefly, President Buhari brought up kangaroo charges of non-declaration of assets to unseat her so as to make way for the candidate of the Muslims, controlled from the Sultanate in Sokoto. How then can a non-Christian be empowered to determine the running of the church as envisaged by the CAMA 2020”, HURIWA explained.

Furthermore, HURIWA described as misleading and deceptive the clause in section 839 of CAMA, which shows that an order of court is required to suspend the trustees of an NGO under that section and the extant principles of Nigerian administrative law are adequate to ensure that the wrongful exercise of the regulatory powers of the CAC are brought under the supervisory control of the courts.

“The Judiciary has been hijacked by the executive because the head of the Nigerian judiciary and the Chief Justice of Nigeria was railroaded into office by the Executive-controlled Code of Conduct Tribunal through an ex parte order which illegally unseated the then substantive CJN who is from Cross Rivers State, Southern Nigeria and replaced by a judge from hausa/fulani.  So this crippled judiciary can’t guarantee fair hearing in the event that a case is lodged against any action of the government against any NGO deemed unsatisfactory under the controversial CAMA 2020, HURIWA expressed.

While stating that the controversial section 839 of the CAMA 2020 is a direct affront on constitutional democracy, aimed at attacking freedom of speech, civil space and abrogate property and economic rights, HURIWA stated that it is not different from the military takeover of government that has just happened in Mali just as it wondered how President Buhari will be condemning the coup in Mali but happily staging a military or dictatorial coup against Churches and non-governmental bodies and CSOs.

One thought on “The Obnoxious Provisions of CAMA 2020 is Another Means to Islamise Nigeria; – Says HURIWA … *Backs Bishop Oyedopo, CAN”

Mon Aug 24 , 2020
662 By City News Port Harcourt.   The Rt. Hon. Igo Aguma led faction of the All Progressives Congress (APC) in Rivers state has expressed regret over Monday’s defection of Dr. Chidi Lloyd. Lloyd, a former Majority Leader of the Rivers state House of Assembly and the Director General of […] 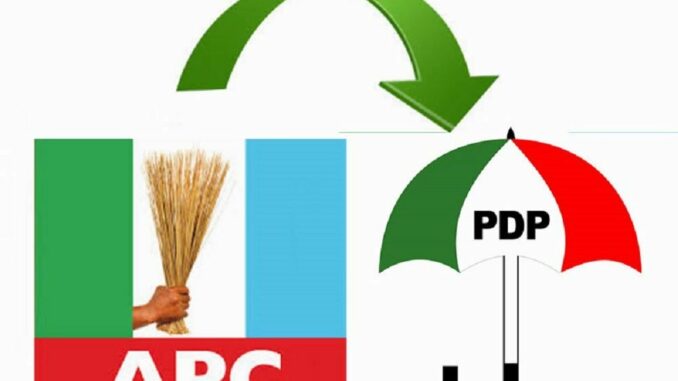