The Rt. Hon. Igo Aguma led faction of the All Progressives Congress (APC) in Rivers state has expressed regret over Monday’s defection of Dr. Chidi Lloyd.

Lloyd, a former Majority Leader of the Rivers state House of Assembly and the Director General of the 2019 Governorship Campaign Council of the APC was a statutory member of the State Executive Committee of the party of the party before his defection to the Peoples Democratic Party (PDP).

Aguma in a statement said, “On behalf of the leadership of the APC in Rivers state, I call on all members of our party in the state forming different groups and factions to sheath their sword and come to the table so we can resolve the burning deputations for us to move the party forward”.

He called on APC members in the state to remain calm and resolute as he is working hard to ensure peace and reconciliation among aggrieved members and groups to avoid any further depletion from the party.

Amaechi and Sylvia Reconcile Differences, Promise to Work Together

Mon Aug 24 , 2020
501 Minister of Transportation; Rt. Hon. Chibuike Ameachi and the Minister of State for Petroleum; Timipre Sylva have set aside their differences and promised to work together. They have also agreed to join forces to reposition the ruling All Progressives Congress (APC) in the south-south region. According to City News, […] 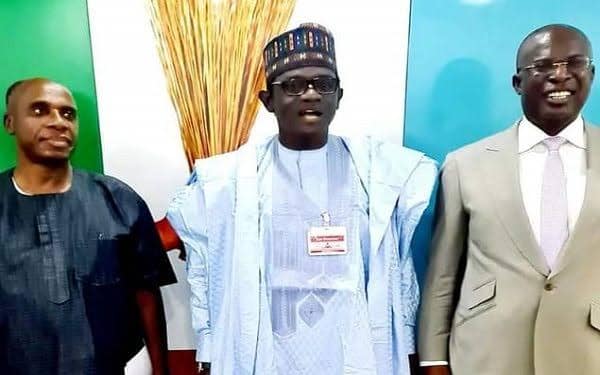