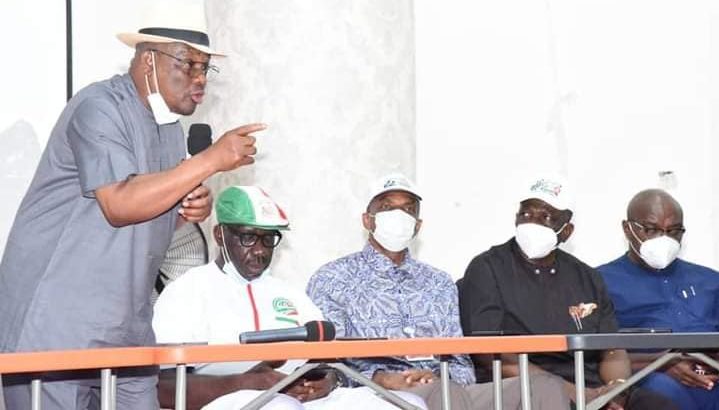 516
By City News Port Harcourt.
Rivers State Governor; Nyesom Ezenwo Wike has urged leaders of the Peoples Democratic Party (PDP) in Edo to discard fear and threats of violence as they resolve to participate in tomorrow’s Governorship Election in the state. He said though the electoral battle may not be easy, but with God and the people of Edo behind the party, victory is guaranteed.
Governor Wike gave the charge at a meeting organised for leaders and elected representatives of the Peoples Democratic Party(PDP) in Benin City. He also charged them to monitor the distribution of electoral materials and be vigilant to protect their votes.
“The electoral battle may not be easy. But God is with us. With the people also on ground, we will win. Let me tell you, God forbid that APC wins. If they do, all of you here would have failed because your political life will be in jeopardy.
“They will come with federal might. But do not fear because we have the electorate on our side. They did the same in Rivers State. The people resisted them by protecting their votes,” he stated.
He said the electorate must be mobilised for the gubernatorial election with a focus at liberating the State and uniting the South-South region. He said it is time for the people of the state to join their kits and kins from other Niger Delta States in the PDP as the state cannot continue to stand alone.
“One man should not be allowed to continue to insult Edo people. The godfather thinks what he says will always be. This is time to stop him. We want all the States in the South- South to be united. So, it is the best time to join your kits and kins from other Niger Delta States. This election is a fight for the destiny of the region. Edo State cannot continue to be alone,” he said.
Share

Fri Sep 18 , 2020
516 Nigeria will engage the services of National Youth Service Corps (NYSC) members across the country and 17 Sustainable Development Goals (SDGs) Ambassadors to champion the implementation of SDGs 2030 at the grassroots, President Muhammadu Buhari has said. A statement by Femi Adesina; Special Adviser to the President on Media […] 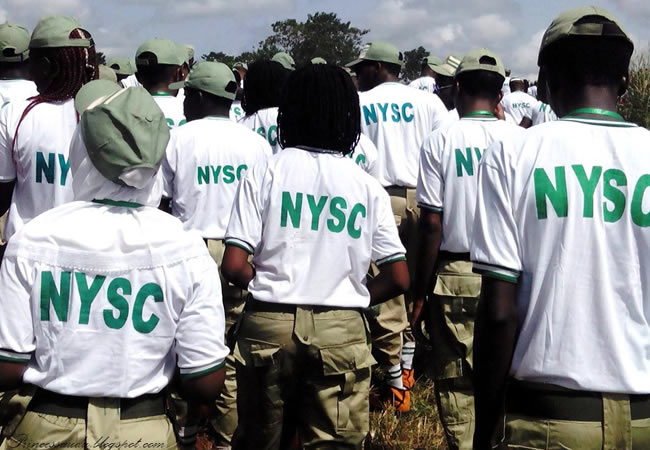