On the day the Federal Republic of Nigeria marked the Diamond jubilee of the Independence from Great Britain, Nigerians have been asked to rather hold a year long periods of national atonement for the many MISDEEDS of the Political and military elites that have rendered the Nation incapable of being identified as a developed country in spite of the abundance of HUMAN and mineral resources in Nigeria.

HURIWA also disputes the popular cliché that Nigeria is RESOURCE CURSED but agrees that the major challenges crippling the economic and political advancements of Nigeria are Nepotism and poor governance Standards and the lack of the POLITICAL WILL BY THE PRESIDENT TO ERADICATE CORRUPTION DESTROYING THE FABRICS OF GOVERNANCE RIGHT UNDER HIS NOSE.

“The level of abuse of powers and abuse of Office of the current central government has become unprecedented just as it is disturbing that officials of the administration are abusing their powers by allotting illegal employment slots to persons from their sides of the Country against the clear legal frameworks against NEPOTISM and observance of Federal Character Principles just as President Muhammadu Buhari has allowed the use of the publicly funded Presidential Jets for frivolous trips by the Children of the politically connected thereby increasing the costs of governance and thereby destroying the economy.

Making the call in an Independence anniversary media Statement by the National Coordinator; Comrade Emmanuel Onwubiko and the National Media Affairs Director; Miss Zainab Yusuf, the Prominent Civil Rights Advocacy group-: HUMAN RIGHTS WRITERS ASSOCIATION OF NIGERIA (HURIWA) also backed the advocacy by millions of Nigerians for the convocation of some forms of national dialogue series all across the Country hosted by the different levels of governments in the Country for Nigerians to reformulate the most workable systems and terms of our continuous existence as a political entity.

“We support the consistent advocacy campaigns by a lot of Nigerians in the diverse nationalities that were cobbled together by Western powers to form Nigeria for a national conference or Sovereign Dialogue of nationalities on way forward or alternatively, the Federal Government should adopt the outcomes of the 2014 National Conference which were transmitted to the current Federal administration of President Muhammadu Buhari.

“We think the key to finding sustainable and workable terms of our coexistence is for President Muhammadu Buhari and the National Assembly to unanimously be open to constructive feedback and the compiled outcomes of the 2014 National Conference organised by the then President Good luck Jonathan and handed over to President Muhammadu Buhari on assumption of office on May 29th 2015 because the way the Country is structured at the moment is irregular and dysfunctional and the Country is administered in such a way that certain persons have been made to have the mindset that they are born to rule whereas others are to always operate as second or third class citizens.

“The 60th Independence anniversary as it were should not really be a period of celebration but as we said, Nigerians should be in a MOURNING mood and be ready to atone for the wrongs we have committed to MOTHERLAND.”

The Rights group said it is a shame that whereas the Political and military elites that crippled Nigeria’s economy gathered at the Eagles Square in Abuja to celebrate the 60th anniversary of Nigeria as an Independent Country,  whereas millions of young people are jobless, 14 million Children are out of school and nearly 2 million Children and vulnerable victims of the TERROR attacks in the North East of Nigeria are internally and externally displaced with no hope in sight that the armed terrorists will be defeated soon enough just as the current administration has entered the HISTORICAL BOOK OF INFAMY for granting Amnesty to TERRORISTS even when the over 30,000 innocent souls the TERROR GANGSTERS wasted have neither had closures nor have their killers been brought to justice but are rather trained and reintegrated  into the same society they have destroyed, killed and maimed the innocent citizens. “THE ADMINISTRATION OF CRIMINAL JUSTICE UNDER THE MUHAMMADU BUHARI’S CIVILIAN ADMINISTRATION IS APPALING.

HURIWA said NIGERIA must address the key sectors of job creation, security of lives and property, the human rights sector and must concretely reform the Nigerian Police Force that have constituted the gravest threats to the unfettered enjoyment of the constitutionally guaranteed fundamental freedoms of citizens  yet the President Muhammadu Buhari has continuously undermined the existence of the National Human Rights commission by failing to appoint a governing Council to combat the rampant human rights abuses even as PUBLIC SECTOR CORRUPTION, PROCUREMENT CORRUPTION AND CRIMES HAVE BECOME THE ORDER OF THE DAY.

HURIWA deplored the lack of accountability and transparency and charged Nigerians to evolve the practices of demanding accountability from their elected and appointed officials just as the Rights group said for any sort of progress to be made the Country must also address the insecurity and instability in Nigeria to curb the high rates of irregular migrations by mostly the Youngsters whose future are almost destroyed by the lack of good governance Standards in the Country for decades.

Sun Oct 4 , 2020
346 By HURIWA.   The Prominent Civil Rights Advocacy group-: HUMAN RIGHTS WRITERS ASSOCIATION OF NIGERIA (HURIWA) has located the blame for the rampant shootings and extralegal killings of citizens by armed Police operatives known as Special Anti-Robbery Squad (SARS) on the desk of President Muhammadu Buhari for having a […] 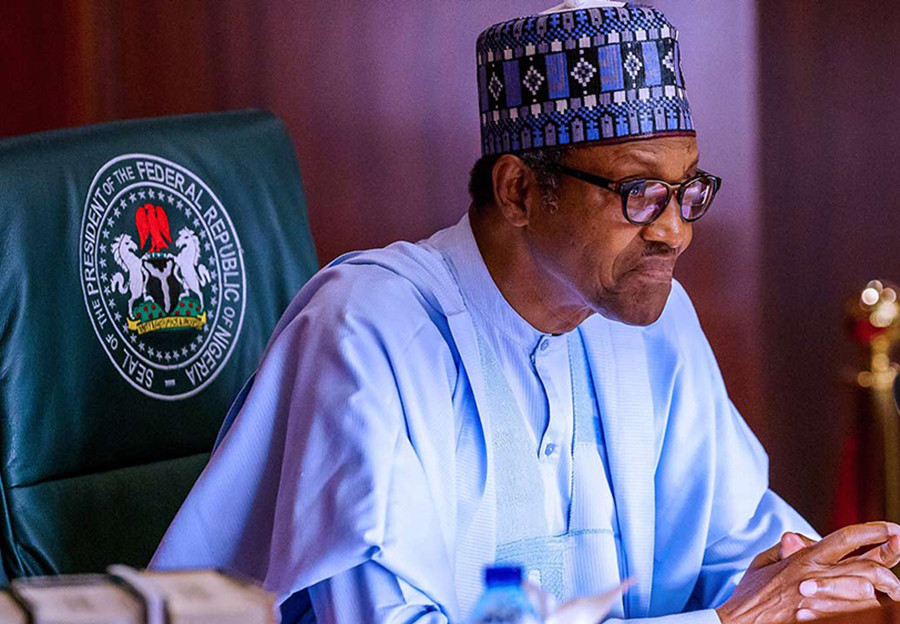