Calling on the Army to be cautious of the constitutionally guaranteed freedoms of citizens as encapsulated in the nation’s Supreme law and a plethora of international human rights and humanitarian laws, the Civil Rights Advocacy Platform: – HUMAN RIGHTS WRITERS ASSOCIATION OF NIGERIA (HURIWA) has thrown her weight behind the strategic national stabilization duties of the Nigerian Army at these critical times.

The Prominent Civil Rights Advocacy group-: HUMAN RIGHTS WRITERS ASSOCIATION OF NIGERIA (HURIWA) stated in a media release endorsed jointly by the National Coordinator; Comrade Emmanuel Onwubiko and the National Media Affairs Director; Miss Zainab Yusuf said that as part of their constitutionally assigned roles, the Nigerian Army is obliged to adopt Law-based and Rights-based strategic approaches devoid of undue use of force to restore national stability, peace and security so the Sovereignty of Nigeria is not endangered just as the Rights group said Nigerians desirous of advancing constitutional democracy should support all lawful measures put in place by the Nigerian Army to secure the Country and restore order because if the armed mobsters and hoodlums are allowed free reign all over Nigeria or in any part of the Country, then the fundamental human rights of Citizens would be irredeemably wounded and degraded and the territorial integrity of Nigeria would have been breached.

However, HUMAN RIGHTS WRITERS ASSOCIATION OF NIGERIA (HURIWA) has restated her clarion call on the  hierarchy Of the Nigerian Army not to undermine the cumulative efforts it has made in the last five years towards mainstreaming the respect to the fundamental human rights encapsulated in chapter 4 of the constitution including section 33(1) on the freedom to Right to  life just as the Rights group admonished the Army not to apply maximum force in trying to quell the pockets of criminal looting of National, state and private properties by armed hoodlums.

HURIWA lamented that due to widespread professional misconduct and indiscipline on the side of the operatives and officers of the Nigerian Police Force, the Nigerian Army and other segments of the Nigerian Armed forces are being overburdened with internal security operations which ordinarily is the statutory mandate of the Nigerian Police Force just as the Rights group said Nigerians are appreciative of the roles of the gallant soldiers who are fighting both external and internal terrorists networks and at the same time are over laboured with pressing internal security issues that the Police ought to handle if it was able to inculcate the spirits of professionalism and high discipline on their men and officers over the past many decades.

The Prominent Civil Rights Advocacy group; HUMAN RIGHTS WRITERS ASSOCIATION OF NIGERIA (HURIWA) said also: “We recognize the place of the Army to be called in by civilian Authority to restore law and order particularly at these times that public confidence in the Nigerian police force has warned considerably but the group said Army must at all times show restraints so the sanctity of human life is respected.

“HUMAN RIGHTS WRITERS ASSOCIATION OF NIGERIA (HURIWA) is hereby tasking the military authority in Nigeria to fish out the operatives and the commander that led the troops to Lekki toll gate.  These persons who shot at peaceful protesters even when they are totally unarmed and were chanting the National Anthem need to face military prosecution.

“The soldiers who shot the protesters must be investigated, arrested, charged and prosecuted. It is imperative that these steps are meticulously enforced by the army because of the fundamental underpinning and the essence of the Geneva Convention of 1949.

HURIWA recalled that the Nigeria Armed Forces when deployed for either internal or external operations are bound by the laws of war and international law in the conduct of the operations. The laws regulate and limit the conduct of operations by acting as checks against arbitrary use of force. They are intended to minimize unnecessary suffering by combatants and non-combatant during war. 28   The laws of war and international law are therefore sources of military law in Nigeria and include the following:

1. The four Geneva  Conventions of 1949; 2.     The two Additional Protocols of 1977 to the Geneva Conventions 1949;3.     Multilateral and bilateral agreements to which Nigeria is a signatory and have bearing on military service or operations.;4.     The decision of:(1) The International Court of Justice (ICJ) at the Hague; (2) Ad hoc war crimes tribunals set up by or with the backing of the UN Security Council.(3) The International Criminal Court (ICC) at the Hague.”

The two Additional protocols of 1977 to the Geneva conventions of 1949 are to supplement the 1949 Geneva conventions and modernize the laws of war. Protocol 1 deals with the laws of war international armed conflicts while Protocol 2 addresses the laws of war applicable in internal armed conflicts. It is noteworthy that the four Geneva Conventions and the two additional Protocols of 1977 have been formally given effect in Nigeria by the enactment of Geneva Conventions Act Cap G3 Laws of the Federation of Nigeria 2004. 30 In sum, the conventions and Protocols which are  now an Act of National Assembly, elaborately spell out the laws of armed conflicts on the use of force and legal implication of disregarding rules regulating the means and method of warfare, among other things. 31 Specifically, section 3 of Act provides for trial and punishment for breach of the Geneva Conventions as follows:a)     In case of grave breach involving wilful killing of a person protected by the Convention, sentence of death.b)    In any other such grave breach, imprisonment for 14 years.

HURIWA recalled that the Chief of Army Staff, Tukur Buratai, had taken a swipe at those threatening Nigerian military officers with a travel ban. He spoke on Monday at a meeting with Army commanders in Abuja on the End SARS protest and violent incidents across the country.

HURIWA recalled that the COAS lambasted international organisations clamouring for a ban on top personnel and soldiers over rights abuses saying thus: “Criminal elements are threatening us with travel ban but we are not worried because we must remain in this country to make it better.“The first time I travelled outside of this country, I was already 50 years and a General, so I don’t mind if I live the rest of my life here”, The Cable quoted him as saying.

HURIWA recalled that the Army Chief warned that the military will not allow any agent in or outside Nigeria cause lawlessness. The Army Chief stressed that “subversive elements, detractors and other enemies of Nigeria” will not be allowed to achieve “their aims and objectives of destabilisation”. Buratai said recent events have shown the determination of unscrupulous individuals and groups to cause chaos in Nigeria by all means.

“These individuals, groups and other undesirable elements have hijacked the peaceful #EndSARS protest marches resulting to widespread violence, acts of wanton destruction and looting of public and private properties in many parts of the country. These acts led to the imposition of curfew in several states of the federation.”

HURIWA however has appealed to the Chief of Army Staff Lieutenant General Tukur Yusuf Buratai to continue to ensure  adherence of his officers and men to professionalism and respect for the dignity of their human person just as the Rights group said it will be sending a compilation of complaints from all across Nigerians against some military operatives who breached the Constitutional provisions on the obligations of the Armed forces of the Federal Republic of Nigeria to respect human rights and avoid the use of extrajudicial killings of the civilians.

Fri Oct 30 , 2020
430 A Statement By The Prominent Civil Rights Advocacy Group; Human Rights Writers Association of Nigeria (HURIWA) on the Continuous Breaches of Federal Character Principles By President Muhammadu Buhari, with Particular Reference To The  Recent Appointments In PENCOM and National Population Commission Despite Oppositions The Concerns: It is without any […] 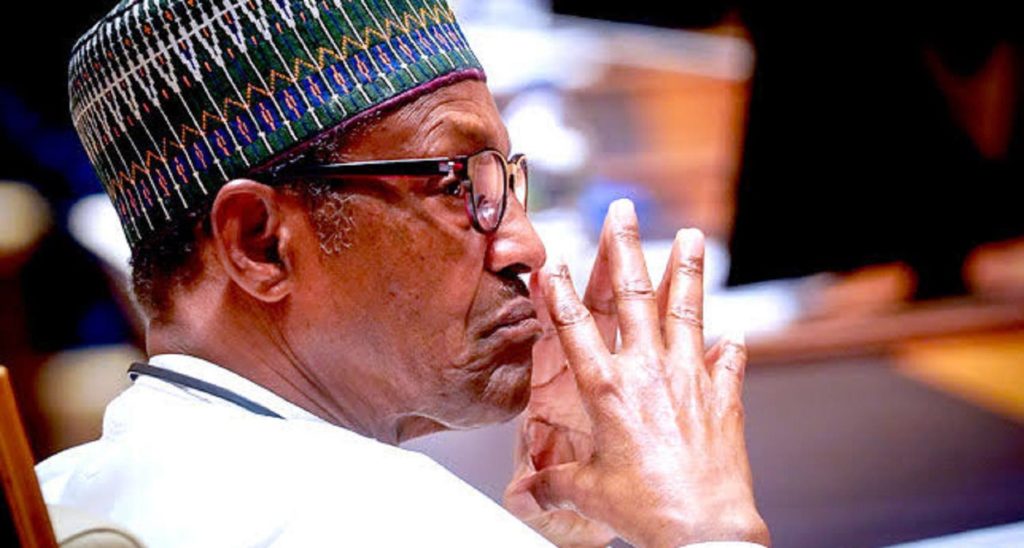