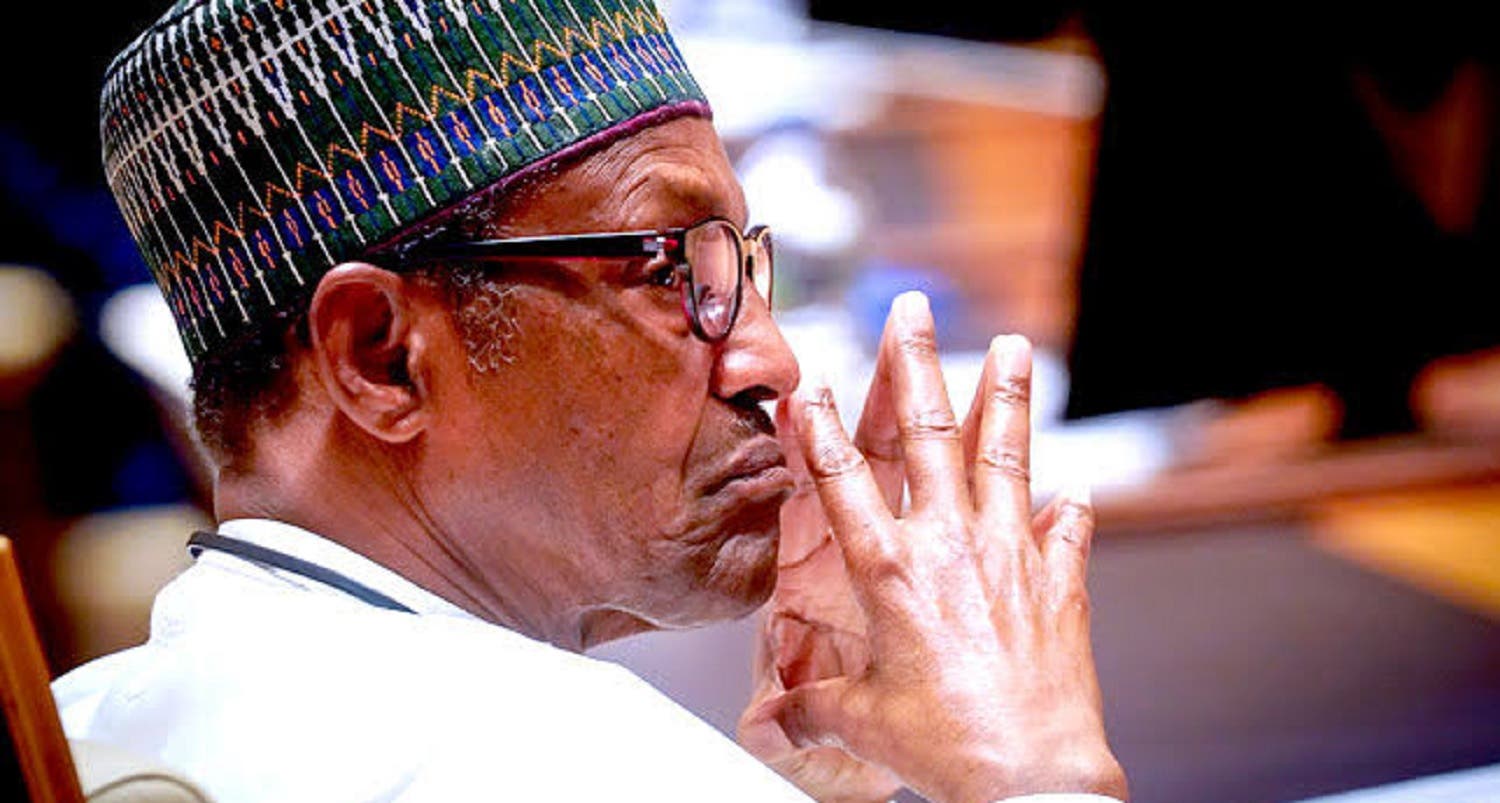 A Statement By The Prominent Civil Rights Advocacy Group; Human Rights Writers Association of Nigeria (HURIWA) on the Continuous Breaches of Federal Character Principles By President Muhammadu Buhari, with Particular Reference To The  Recent Appointments In PENCOM and National Population Commission Despite Oppositions

It is without any doubts that the current government of President Muhammadu Buahri has consistently violated one of the most ingenious and ambitious affirmative actions entrenched in our constitution to promote national unity, uniquely named Federal Character.

Specifically, Section 14(3) of the 1999 Constitution provides that the composition of the Government of the Federation or any of its agencies and the conduct of its affairs shall be carried out in such a manner as to reflect the federal character of Nigeria and the need to promote national unity, and also to command national loyalty, thereby ensuring that there shall be no predominance of persons from a few State or from a few ethnic or other sectional groups in that Government or in any of its agencies.

First, it is on record that PenCom; a critical agency tasked with regulating, supervising and ensuring the effective administration of pension matters in Nigeria, has been without a board or substantive head since April 2017.

Secondly, President Buhari has injected his sectional politics into the National Pension Commission, and further accentuating the leadership crisis bedevilling PENCOM by nominating Aisha Umar from the North-West geopolitical zone as director-general of the regulatory body.

According to Section 20(1) and section 21(1) and (2) of the National Pension Commission Act 2014: “In the event of a vacancy, the President shall appoint a replacement from the geopolitical zone of the immediate past member that vacated office to complete the remaining tenure.”

For the records, Anohu-Amazu was appointed DG in 2014 for a renewable five-year term by then President Goodluck Jonathan, but was controversially removed by Buhari in 2017 along with 22 other heads of federal agencies.

Shortly afterwards, Buhari presented Aliyu Abdurahman Dikko from another zone to the Senate for confirmation as the DG along with five others as chairman and executive commissioners. This immediately provoked a storm of protests. Senators pointed out the illegality of the choice, as “an absolute breach” of the provisions of the Pension Reform Act 2014.

Unconcerned, President Buhari continued to pursue his sectional mission. Though forced to withdraw Dikko’s candidature, he retained Umar as acting DG since then, perhaps to wait out Anohu-Amazu’s term, which ended in 2019, so as to circumvent the law and deny the South-East zone the slot.

In a similar development, the appointment of the chairman and members of the National Population Commission (NPC) created fresh controversies in the Nigerian presidency.

According to media reports, the list of appointees previously published by various media houses had Silas Agara; a Christian named as chairman of the NPC. The other six nominees on the list were Muhammed Dottijo (Sokoto); Razaq Gidado (Kwara); Ibrahim Mohammed (Bauchi); Joseph Shazin (FCT); Bala Banya (Katsina); and Bimbola Salu-Hundeyin (Lagos).

However, hours after the story was published, presidential spokesperson; Garba Shehu, sent a brief message to reporters saying a different person was confirmed as chairman.

According to the presidential spokesperson, Nasiru Kwarra; a Muslim was confirmed as chairman of the commission and not Agara. Shehu explained that the earlier circulated name of Agara was a mistake.

Even, a statement made by the president of the senate Ahmad Lawan also showed that a list of names, different from the ones previously published by the media, was approved by the council for the NPC.

The dangerous infusion of ethnic politics into delicate Federal sectors such as the PENCOM and NPC is deplorable. Once again, President Buhari has demonstrated his Pro-Northerm Moslem agenda which is tearing apart the fabric of national unity. Having sworn to uphold the constitution, he as President, ought to be the embodiment of the ennobling principles of the primacy of the law, national cohesion, equity and inclusiveness.

As experts have observed, one of the most defining characteristics of democracy is the rule of law; laws must apply equally to everyone, even the most powerful government officials and elected leaders.

According to the Pensions Act, the commission’s DG is entitled to five years tenure of office, subject to renewal for another term in office. The former Pencom DG; Chinelo Anohu-Amazu, who is from Anambra State, South East Nigeria was confirmed by the Senate on the 30th September, 2014 for a five year term. So she was expected to end her tenure on the 29th September, 2019.

In line with the provisions of the Act, Mrs. Anohu-Amazu ought to be replaced by someone from the South- East, who will complete the remaining part of her tenure of five years.

Besides, “Section 21 of the Pension Reform Act 2014 clearly spelt out the circumstances under which a member of the Commission will seize to hold office. It listed such circumstances as resignation, expiration of term, death, bankruptcy, conviction for a crime, becoming an unsound mind, disability and outright removal by the president, who would then write the affected person.

“Section 21(j) said a member of the Pencom board could be removed if the President is satisfied that it is not in the interest of the Commission or public for the person to continue in office and notifies the member in writing to that effect.

According to credible information at our disposal, this provision was not met in the dissolution of the Pencom board and removal of the chairman, DG and commissioners, as they were not written before the announcement was made.

Therefore Human Rights Writers Association of Nigeria frowns at these continuous brazen acts of impunity displayed by the President and strongly opposes the appointment Hajia Aisha Dahir-Umar as DG of National Pension Commission.

Her appointment is a flagrant breach of the Act establishing the PENCOM and we maintain that the replacement for Mrs. Anohu -Amazu must come from the South East since her five year tenure was truncated controversially.

Also, It would be recalled that Vice-President, Professor Yemi Osinbajo as Acting President then had pushed for the nomination of Mr. Funsho Doherty from the south west as successor to Mrs. Anohu -Amazu as the Director-General of the National Pension Commission (PENCOM), but was frustrated on the basis of the provisions of the Pensions Reform Act, 2014.

By and large, these and many rash decisions of President Buhari promoting religious and ethnic bigotry is threatening to ignite Ethno-religious crises that may scatter Nigeria. Nigeria has become dangerously polarized and risk sliding into crises of epic proportions on account of the current administration’s lopsided appointments, promotions and uneven recruitments that continue to give undue preference to some sections of the country over others.

Obviously, the President of the Senate is being a willing tool in the hands of the Presidency in its agenda of promoting the interest of a particular section of the country, which is contrary to the Federal Character Principle entrenched in the Constitution.

We are by this statement calling on the Senators and the entire National Assembly, especially, the progressive minded ones to live up to the expectations of their offices by always insisting on adherence to the law and equity and stop rubber-stamping executive nominations.

We will not relent in warning that President Muhammadu buhari is pushing Nigeria rapidly to the state of anarchy and disintegration. Hence, the National Assembly need not to be reminded that thoroughness in the national interest is an absolute minimum for effective lawmaking and oversight, and that this phantom national unity built on deception and deceit will not stand the test of time. 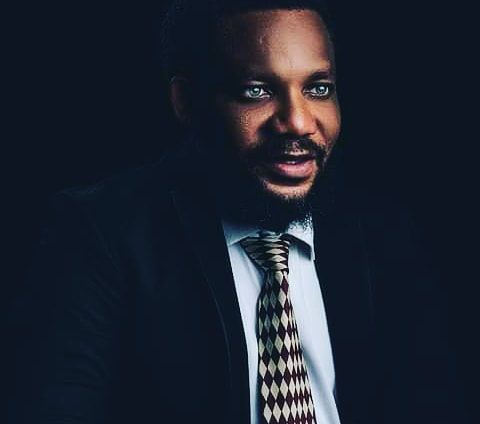