In acknowledging that young people are at the very heart of Africa’s development agenda, the 2020 Africa Youth Month (AYM)’s theme “Youth Voices, Actions, Engagement: Building A Better Africa” is a clarion call to all youth development stakeholders – governments, international organizations, development partners, private sector, civil society, and all African youths on the continent and in the diaspora – to amplify and shine a spotlight on the voices, actions and engagements of African youth as they build a better Africa.

Against this backdrop, the Speaker of the Second Assembly of Democracy Africa Youth Parliament (DAYP); Rt. Hon. Graham Elendu has called on youths all over Africa, and Nigeria in particular to take out time and look at the plethora of youth treaties and see how they can make it a reality so as to better the African society.

Hon. Elendu, who made this call in a statement he culled from council of African political parties, sighted by The World Satellite, on Sunday marking the beginning of the African Youth Month revealed that the African continent has celebrated “Africa Youth Day” on the first of November of every year since the African Youth Charter was adopted at the Banjul Summit in 2006.

“In July 2006, African Union Head of States and Governments meeting in Banjul, Gambia, endorsed the African Youth Charter (AYC). The Charter is a political and legal document which serves as the strategic framework that gives direction for youth empowerment and development at continental, regional and national levels.

“The AYC aims to strengthen, reinforce and consolidate efforts to empower young people through meaningful youth participation and equal partnership in driving Africa’s development agenda. The document refers to the rights, freedoms and duties of young people in Africa”, he stressed.

Continuing, while noting that as at March 15, 2016, 42 Member States have signed Charter; 38 Member States have ratified Charter and 3 Member States are yet to sign and ratify, the statement further explained that ‘Youth’ has been defined in the African Youth Report of 2009 as the category between (15-39) years old, just as it added that despite that, a number of African countries define youth based on different methods.

Defining development, Hon. Graham stated that one of the most important definitions for the term is a process of advancement of community from lower level to better one, and from traditional to more quantitatively  and qualitatively  advanced level adding that development is regarded as inevitable solution in meeting national requirements in the field of production and services.

On the realty of development in Africa, the Hon. Speaker said: “Third world states, especially Africa and Asia continents have witnessed serious and big challenges of internal and external infrastructure since independence era and up to now.

“As for internal problems, we found out that African states suffer from (political problems) resulting from weakness of national unity, national affiliation and control made by tribal and ethnic affiliations; therefore, the continent involved in very serious conflicts and civil war.

“In this connection, most of African states witnessed civil wars and serious conflicts in which a lot of victims have lost their lives in Somalia, Nigeria, Liberia, Rwanda, Congo and Kenya in addition to the phenomena of political instability and military coup that took place in Mauritania, Chad, Somalia, etc.

“African States also suffer from (economic problems) that represent realization of quick and comprehensive developmental projects. And because most of third world states are unable to invest their natural resources in a better way, they rely on the great countries such France, Britain and United State of America to seek support in investing their resources. This process has made third world countries depend fully on the west and fallen on economic dependency.

“On the other hand, Most of African continent States recourse to international financial institutions as the case in International Monetary Fund and world Bank, which has made them fall into the problem of debts and dependency on foreign supports conditioned by necessity of applying market mechanisms and rationalizing the role of the state and encouraging the Private sector which have complicated the matter so much.

“As for the social problems, most of them focus on lack of national amalgamation, solid common social fabric, spread of diseases such as AIDS, Malaria, Cholera especially in Rwanda Congo and Somalia. In fact, the weak health care, spread of illiteracy, lack of national culture and prevalence of ethnic, religious and sect cultures are considered to be one of the most important social problems in African states.

“In connection to foreign side, the third world states have faced big international challenges made by the New Order System after the collapse of the communist block and complete power of the western liberal system. Therefore most of the one Ruling Party Systems have collapsed, and in turn multi-party system based on western multi liberal thought has prevailed. This step has encouraged public uprisings and popular pressures that demand the democracy to ensure human rights and freedoms.

“Accordingly, regional organizations have been established in third world states to face the western alliances and to realize regional cooperation on political, economic and cultural sides to secure its national and regional entity in attempts to face globalization and its political, economic and cultural impacts. One of the most important of these organizations is: (Asian Organization) which have emerged in South East Asia, (African Union) and Arab league

In conclusion, the statement informed that as a Parliament, the 2nd Assembly of Democracy Africa Youth Parliament under the leadership of Hon. Graham Elendu as speaker, amongst other things is very concerned about the actualization of the African Youth Charter through enlightening the youths and steady advocacy.

On Magu, Nigerians Have Been Duped: - Says HURIWA

Tue Nov 3 , 2020
758 By HURIWA.   The prominent civil Rights Advocacy group:- HUMAN RIGHTS WRITERS ASSOCIATION OF NIGERIA (HURIWA) has carpeted president Muhammadu Buhari for gambling with the sensitivities of Nigerians regarding the issues of alleged corrupt practices leveled  against the suspended acting chairman of Economic and Financial Crimes Commission (EFCC); Alhaji […] 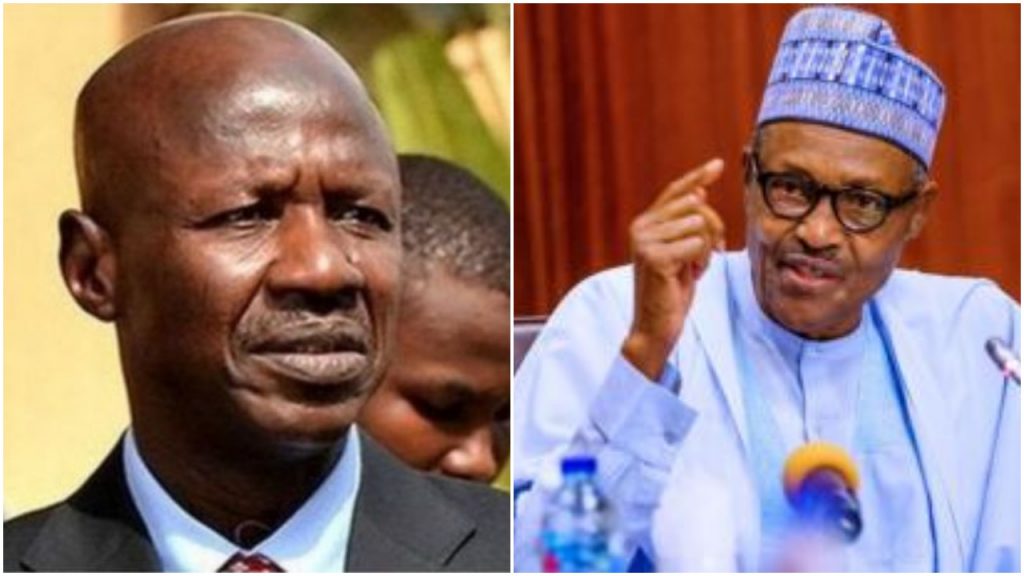