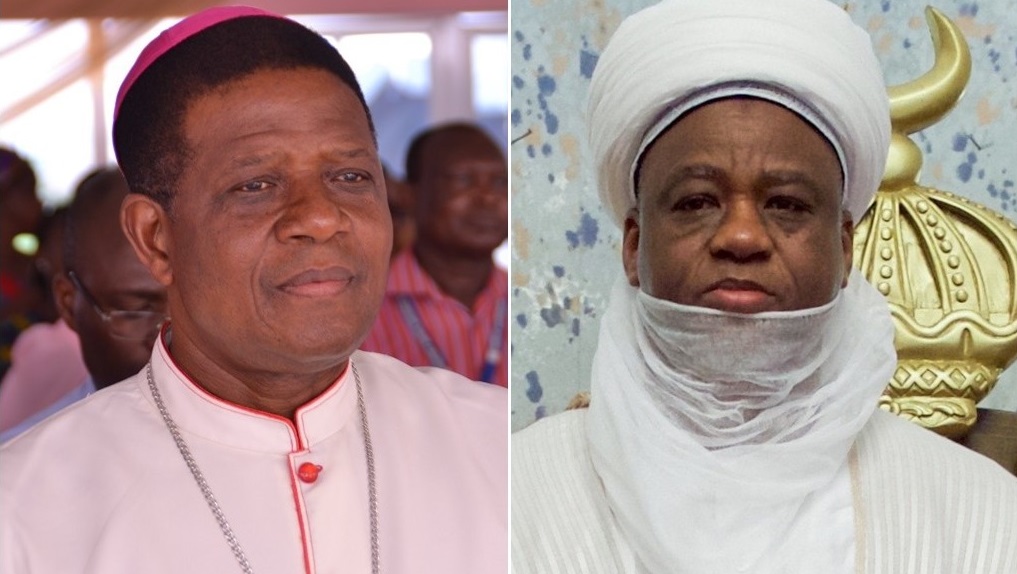 A Statement By The Pro-Democracy and Leading Civil Rights Advocacy Group; Human Rights Writers Association of Nigeria (HURIWA) Condemning The Petition Against Most Rev. Dr. Godfrey Igwebuike Onah; The Catholic Bishop of Nsukka Diocese of Enugu State, Nigeria By The Sultan of Sokoto; Sa’ad Abubarkar III, And Accusing Him of Incitement and Threatening Christianity by His Unholy Petition.

Yesterday, the media space was agog with the news of the petition by the Nigerian Supreme Council for Islamic Affairs (NSCIA) asking the Inspector-General of Police, IGP Mohammed Adamu, and the Department of State Services, to as a matter of urgency interrogate, the Most Rev. Dr. Godfrey Onah; Catholic Bishop of Nsukka Diocese in Enugu State over what it described as hate speech, inciting sermon of lies, fabricated to provoke hatred for Muslims.

According to Vanguard Newspaper, NSCIA under the leadership of the Sultan of Sokoto; Alh. Sa’ad Abubakar III alleged that Bishop Godfrey Onah of Nsukka Catholic Diocese instigated the recent attacks on Muslims in the South-East and South-South regions even as they claim to be in possession of evidence, which indicted the Catholic Bishop in the last Saturday’s assault on Muslims in Nsukka, Enugu State.

The apex Muslim body specifically alleged that some Christian bigots attacked Muslims in Nsukka and burnt their Mosque following a sermon delivered by Bishop Onah. The Sultan explained that the attacks intensified following his appeal to the security agencies on October 23, to offer special protection to Muslims in the two regions in view of the threats they face.

The petition, signed on behalf of the Sultan by NSCIA’s Deputy Secretary-General, Prof. Salisu Shehu, reads in part: “On Saturday, October 31, 2020, some Christian bigots unleashed violent and virulent attack on Muslims in Nsukka and burnt their Mosques as a result of a hateful and inciting sermon, full of lies and fallacies, delivered by one Bishop; Reverend Father Godfrey Igwebuike Onah.

Also, NSCIA recalled its letter dated 6 Rabiul-Awwal 1442 AH (23 October, 2020) wherein they implored the Nigeria Police Force to specially protect the lives, property and places of worship for Muslims living in the South-East and South-South.

The petition to the IGP, however warned that the recurrence of the alleged virulent assault on Muslims in the two regions, if left unchecked, could surely ignite reprisals in other parts of the country, especially in the North.

Why We Are Concerned:

We, the Human Rights Writers Association of Nigeria, as a foremost civil rights group, with no political nor religious affiliation but passionate about achieving just and equitable development in our dear country are very concerned about the petition against Bishop Onah by The Nigerian Supreme Council for Islamic Affairs for the following reasons:

First, in his October 18 homily that was based on the #EndSARS protests, Bishop Onah only made a comparison of the treatment given to Muslims and Christians practicing their respective faiths in the various regions of the country and asking and calling attention for equal treatment of everyone based on freedom of association as provided for in the Constitution of the federal Republic of Nigeria, 1999 (as amended)

“We hear the Muslim call to prayer from our windows in our bedrooms at 4.00 a.m. and a Christian in Abuja (who) takes her Bible to call people to accept Jesus Christ is murdered by Islamist fundamentalists and nothing happens,” the Bishop bemoaned in his homily published on his YouTube Channel.

Making reference to the perceived discrimination, Bishop Onah added, “It cannot continue and these are the things we have to say NO to. It is not just about the Special Anti-Robbery Squad (SARS). It’s about injustice, it’s about violence.”

“It is not possible that Muslims in this country can acquire land and build Mosques anywhere. Many mosques are rising in Nsukka now and Christians can no longer obtain land to build churches in the so-called Christian-dominated states let alone the northern state,” the Nigerian Prelate continued in the homily that has been widely shared.

Secondly, the Muslim Leaders’ claim that Bishop Onah’s homily instigated the worshippers against Mosques and Muslims is fallacious and misleading. In the most recent attacks on October 31 wherein two mosques and a primary school where reportedly destroyed by some rioters in Enugu State was over some disagreement between a Muslim woman and a taxi driver over fare.

According to a source on BBC Hausa service on Monday, the altercation started when a Muslim woman selling tomato took Keke Napep from a village market to her shop in the township area of the state.

The source further revealed to BBC Hausa service that the woman and the Keke Napep driver got into an argument over her transport fare, which resulted in the destruction and burning of properties belonging to Muslims in the area.

Thirdly, Bishop Onah’s sermon on the perceived discrimination of Christians based on their faith are not full of lies and fallacies. Who monitors the incendiary sermons in the Mosques? What happened to the 76yr old Imo woman killed in Kano for alleged profanity against Holy Prophet Mohammed? Why were her killers set free? Who killed Akaluka and why is the killer still free?

Why are Christian girls being abducted and married off in Kaduna, Katsina and Kano and the governors look the other way including Sultan?  Why hasn’t the NSCIA petitioned the Inspector General Police and The Department of State Services over the ongoing genocide against Christians in the Christian dominated Southern area of Kaduna State?

Again, in August, this year, the Nigeria-based Islamic rights group; Muslim Rights Concern (MURIC) was being accused of collecting $200,000 from Boko Haram affiliate, Islamic State for West Africa Province, to destabilise the country.

A former Intelligence Chief in Mali; San Louis Keita, made the allegation in Abidjan, the Cote d’Ivoire capital, at a news conference on August 7, 2020, alleging that the money was given to MURIC to recruit young Fulani men living in the South West of Nigeria to destabilise that part of the country. Although the group has not too long denied the accusation, but no interrogation was carried out by the Muslim-dominated security agencies of the country.

More worrisome is that, the same group also called for Bishop Onah’s arrest. Could it be a well organised plot against Christians given that heads of all internal security agencies are Moslems? Whereas when Miyetti Allah made claims of supporting attacks on Farmers and Christians, the Sultan said nothing and the guy from Miyetti is going about with top security protection paid by Nigerians on the orders of government.

The Sultan is inciting and threatening Christianity by trying to play god and must not be allowed to achieve his unholy plans. If we sit back and fold our arms whilst this perceived discrimination is allowed to fester, then we will be shooting ourselves in the foot and destroying the essence of constitutional democracy.

We are by this Media Statement demanding that the Inspector General of Police and the Director General of the State Security Service should dismiss the unholy petition else we will not fail to consider the option of seeking legal redress in a Court of competent jurisdiction.

We also urge the President; His Excellency Muhammadu Buhari to save what is left of the unity of this country. In the last five years, his administration has planted animosity between different Ethnic and religious nationalities than even the civil war created so much that it will take the Grace of God and the will to overpower our differences for Nigeria to rebuild the bridge of unity that the discriminatory administrative style of President Muhammadu Buhari has destroyed in the last five years.

AHEAD OF 2023: Chief Mathias Ake Calls For Togetherness in Revamping And Moving Nigeria Forward

Thu Nov 5 , 2020
533 By Kennedy Eberechi.   Sixty years of nationhood, the most critical challenge confronting the giant of Africa; Nigeria, appears to be credible leadership. Many scholars at one time or the other have queried why Nigeria seems to find it difficult to address her perennial leadership problems inspite of abundant […] 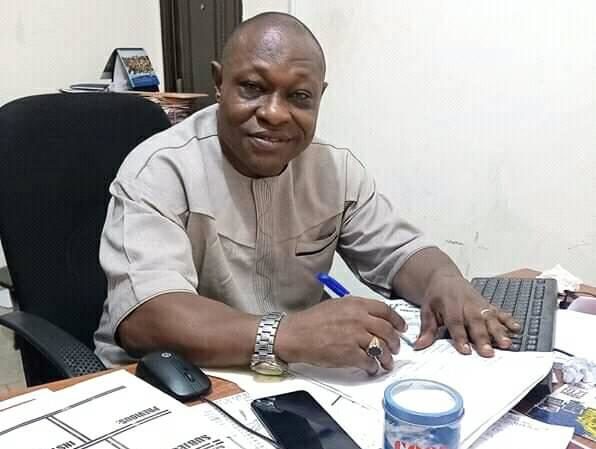