… * Charges INEC to Be Swift, Decisive And Professional in the Okigwe Senate Poll

The leading Civil Rights Advocacy Group in Nigeria :- HUMAN RIGHTS WRITERS ASSOCIATION OF NIGERIA (HURIWA) thinks that the decision by the Federal High Court Owerri division, which categorically decided on the legal interrogatory of who exactly is the flag bearer of All Progressives Congress (APC) in the yet to be fixed but much anticipated election to choose a senator for Okiwe that has remained “ a political orphan” in the upper legislative chamber, is a welcomed development.

Consequent upon the ruling of the Federal High Court resolving the controversy trailing the Okigwe by-election’s Senatorial primary of the All Progressives Congress (APC), the Rights group said the candidates validly presented now to the Independent National Electoral commission as candidates including the Court decided flag bearer of the All Progressives Congress must now go to the fields and tell the constituents what blueprints they possess to change the fortune of Okigwe.

HURIWA stated that it is imperative that the just reappointed INEC Chairman should fix a quick date for the conduct of the by-election just as the Rights Advocacy group HUMAN RIGHTS WRITERS ASSOCIATION OF NIGERIA (HURIWA) said it was high time that Okigwe Senatorial zone changes from the unfortunate position as the most marginalized senatorial district in Nigeria to an economic zone whereby industrialization upgrade would drive up employment for the youngstars and bring about stability, growth, progress and security for all.

The group which says it has no favoured candidate in the poll, however charges all those willing to serve the people to be ready to do the most simple of all tasks by producing academic qualifications they have claimed to have so Okigwe no longer suffers perennial lack of representation in the senate of the Federal Republic of Nigeria.

“HURIWA has recently visited Okigwe senatorial zone and from our findings, the constituents have this feeling of being short charged and the bad state of the only Federal road traversing Okigwe to Umunahia and Okigwe to Owerri, is a disgraceful phenomenon which means that this prolonged lack of representation of Okigwe in the senate is not just a political disadvantage but a gross human rights violation.”

“We urge the rejuvenated independent National Electoral Commision (INEC) to fix a definite date for conduct of the Okigwe senatorial poll just as we challenge the electoral empire to conduct a free, fair, peaceful and transparent election so it will be impossible for the winner to be removed by the election Tribunal and so the seemingly unending episode of lack of representation of Okigwe at the senate would stop. We trust that Professor Yakubu Mahmood led INEC will not help to perpetuate this deliberate under-representation of Okigwe Senatorial zone.”

HURIWA recalled that a Federal High Court sitting in Owerri last Friday ruled that former Senator Ifeanyi  Ararume and not Mr. Frank Ibezim or Lady Uchenna Uba, was the rightful candidate qualified to represent APC in the forthcoming by-election.

HURIWA recalled that the seat of Imo North Senatorial District formerly occupied by Senator Benjamin Emeka Uwajumogu, became vacant following the sudden death of the senator in his residence in Abuja last December even as part of the process of selecting a candidate to fly the party’s flag during the by-election earlier fixed for October 31, 2020, but put forward indefinitely due to the #EndSARS protests, APC organised parallel primaries.

HURIWA recalled that the then ‘candidate’ Ibezim, who was favoured by Governor Uzodimma emerged from the rival primary organised by the Chairman and Secretary of the APC Senatorial Primary Election Primary Committee, Senator Ararume, was announced winner in the alternate primary endorsed by other members of the committee.

Dissatisfied with the outcomes of both exercises, Lady Uchenna Uba approached the Court seeking an order to be declared the authentic candidate of the party for the Senatorial by-election.

Ruling on the suit No. FHC/101/2020, which was earlier scheduled for October 27, 2020, the Presiding Judge, Justice Tegem isolated two issues for resolution, including the issue of tentative result and determining the rightful winner.

He remarked that there were two different results tendered in evidence before the court, the result from the Plaintiff, the 1st Defendant, and also Mr. Frank Ibezim.

Although the court found on the first issue that “in the Court of law an unsigned document is no document, since the authenticity of the document cannot be ascertained,” it declared that the “result signed by Chairman and Secretary of the Seven Member Panel in my view is the tentative result.”

On the issue of who was the rightful winner, Justice Tegem queried: “What is the implication of the disqualification as adduced by the counsel to the 4th respondent (Edith Uwanjumogu)?

The Presiding judge noted that by coming to court through a proxy, Ibezim spoilt what ordinarily was a very good opportunity before him, but missed it having chosen to do it by proxy.

Consequently Justice Tegem disclosed that tendered in evidence before the Court by the Plaintiff was the reports of both the Screening Committee and the Appeal Panel of the APC, stressing that there was no evidence that the disqualified aspirants (the Plaintiff (Uba), Ibezim and the 5th Defendant Omegra and three others) showing that they appealed to the National Working Committee of the party.

The judge noted also counsel to the plaintiff and the 1st Defendant never raised any point of law in defense of the issue of disqualification during there adumbration in adoption of their written addresses and held that “this amounted in my view to an admission.”

“In the eyes of the Law, the Plaintiff, Frank Ibezim, Mathew Omegra and three others never participated in the primary election. Disqualified aspirants remained not aspirants in the said primary having been disqualified,” the judge declared.

Consequently the court ordered as follows: “The participation of Frank Ibezim is nullified having been disqualified by the party screening committee and the Appeal Panel before the primary election.

“That the next person who polled the third highest votes in the resolved tentative result, which is Senator Ifeanyi Araraume, to now be the candidate of the party for the by-election of the Imo North Senatorial District, replacing Ibezim.”

The Rights group is therefore urging politicians to give peace a chance so the people of Okigwe will be offered the Constitutional right that belongs to them as Nigerian citizens to freely elect their Senator so the vicious circle of systemic lack of representation at the highest legislative body in the Federal Republic of Nigeria is brought to an end.

Sat Nov 14 , 2020
1,552 By Emmanuel Onwubiko.   “There will be reason they are not listening so work out what it is.” – Richard Templar; THE RULES OF PEOPLE.  Richard Templar is the pen name of a British author who has written self-development books.  He reportedly shares his “path to success” in a […] 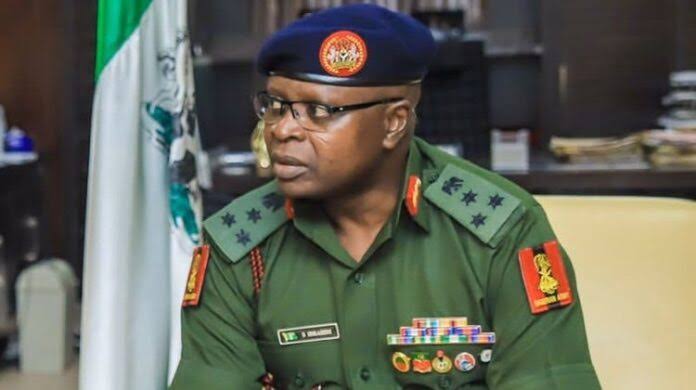