Violence against women and girls is one of the most widespread violations of human rights. According to a 2013 WHO global study, 35 per cent of women worldwide have experienced either physical and/or sexual violence. However, some national studies show that up to 70 per cent of women have experienced physical and/or sexual violence in their lifetime from an intimate partner.

To raise awareness and trigger action to end this global scourge, the UN observes International Day for The Elimination of Violence against Women on 25 November. The date marks the brutal assassination in 1960 of the three Mirabal sisters, political activists in the Dominican Republic.

The former Miss Tourism Imo made this call in an interactive session with The World Satellite Magazine wherein she revealed that as COVID-19 cases continue to strain health services, essential services, such as domestic violence shelters and helplines, have reached capacity just as she said that more proactive steps need to be taken to prioritize addressing violence against women in COVID-19 response and recovery efforts.

In line with the theme for this year’s International Day for The Elimination of Violence Against Women, which is Orange The World: Fund, Respond, Prevent, Collect, Miss Osuji advocated  for a multi-year effort aimed at preventing and eliminating violence against women and girls.

According to her, this will focus on amplifying the call for global action to bridge funding gaps, ensure essential services for survivors of violence during the COVID-19 crisis, focus on prevention, and collection of data that can improve life-saving services for women and girls.

Continuing, the Ex-Beauty Queen expressed that given the enthusiasm, managerial abilities of women in building a formidable home and the society at large, women have the potential to contribute immensely to the socio-economic development of a nation.

“There is need therefore to create an enabling environment and opportunities for the socio-economic empowerment of women”, Queen Gloria added.

However, she frowned at that fact that despite these inherent attributes, violence against women is still a rising issue in the polity. According to her, this is in recognition of the vast number of women with little or no education and skills to enable them support their livelihoods or to become active in the mainstream economy of the country.

“The problem is further exacerbated by the alarming high number of our women who are either unemployed or under-employed”, she explained.

While reckoning the challenges facing the contemporary women, the 23-year-old informed that women face limited access to credit to capitalize their micro-informal businesses. “In spite of having brilliant business ideas, the women and girls are sometimes regarded as high-risk clientele group as they do not have the prerequisite collateral.

On-the-one-hand, Miss Osuji Precious who has been upbeat at discovering and encouraging talented female youths in Nigeria and beyond to participate effectively in championing charity campaigns and development in Nigeria underscored that girls are disappointed with the stewardship of our planet, the unabated violence directed against them and the slow pace of change in fulcrum issues like education.

Asserting that policies are needed that will promote equality in childcare responsibilities and provide State support to families, and those who work in the informal economy, she cited as cause for hope, growing support in tackling gender-bias barriers; a ‘driving will’ for change across generations and countries, while adding that the last 25 years “have shown us what is needed to accelerate action for equality.

“We don’t have an equal world at the moment and women and girls are angry and concerned about the future. They are radically impatient for change. It’s an impatience that runs deep, and it has been brewing for years”, Miss Osuji concluded.

Broadly, every year, 25 November and the ensuing 16 Days of Activism against Gender Violence which follow (ending on 10 December, Human Rights Day) are commemorated around the world, providing individuals and groups a chance to mobilize and call attention to the urgent need to end violence against women and girls.

Tue Dec 1 , 2020
1,496 By The World Satellite.     Centre for Peace Advocacy and Sustainable Development (CEPASD AFRICA); a Youth-led Non-governmental Organisation has continued to take more proactive steps in demonstrating its commitment to peace building, quality education, entrepreneurship and leadership development. This will to continue to implement and carry out programs […] 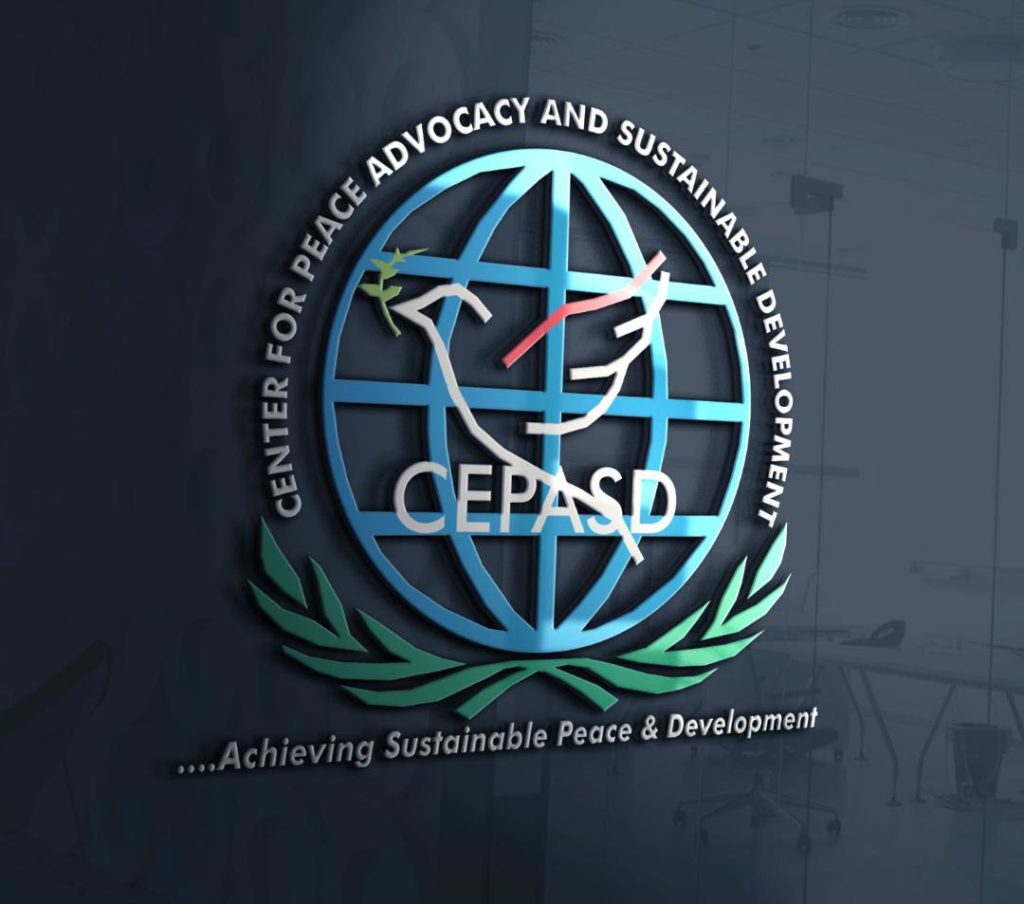