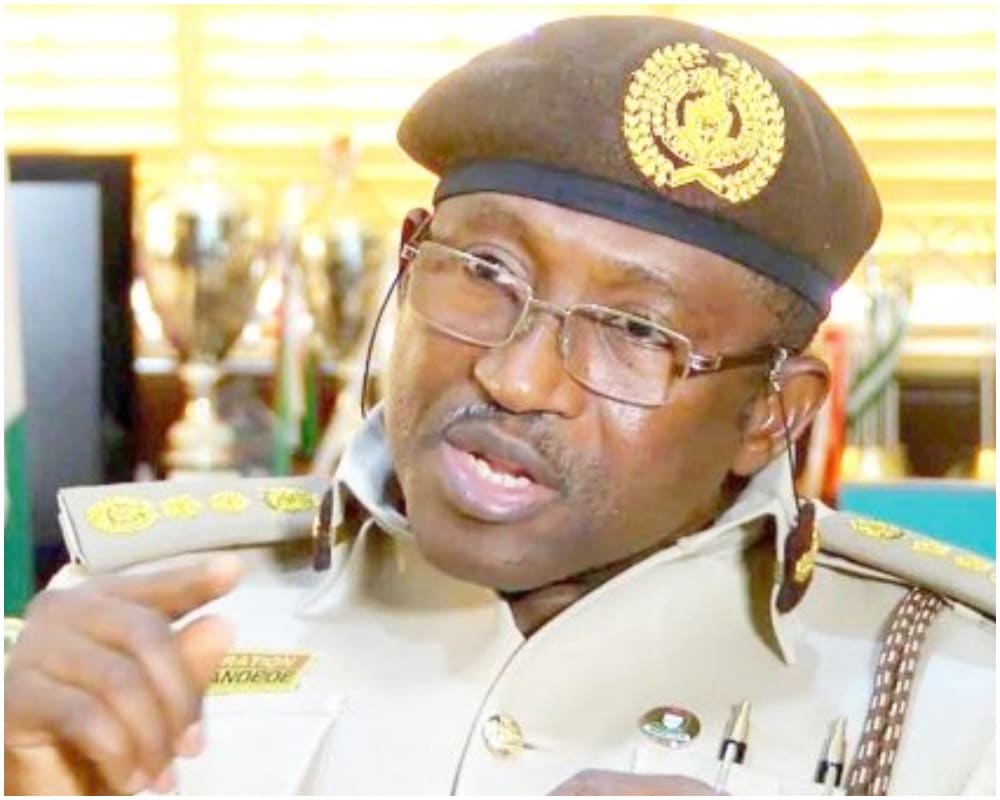 HUMAN RIGHTS WRITERS ASSOCIATION OF NIGERIA (HURIWA) has condemn in a very strong way the reported fire incident that razed  a part of the imposing and newly commissioned headquarters of Nigerian immigration at  airport road Abuja. That a newly built structure built at huge cost to the public is being deliberately set ablaze to apparently conceal evidence of massive corruption is disheartening.

This fire incident raises a number of posers:

2. How did the fire come about?

3. Why the coincidence between the reported expiration of the tenure of the Comptroller General of NIS  and the fire incident?

4. Is this a case of sabotage?  And if not, why will such a big complex not house 21st century compliant fire service equipment within  the complex?

5. Is this a pattern / practice of this current government to go about setting offices ablaze and at the end of the day those fire incidences are not properly investigated?

We think that this fire incident  is one too many to be dismissed as a mere coincidence, we suspect that there is a grand design to cover up some alleged financial heists/ malfeasance at the top most level of government. This demands transparent and an open independent probe and not the in- house probe going on as we speak.

The Nigerian Immigration Services headquarters is a NATIONAL INSTITUTION OF GLOBAL SIGNIFICANCE. So the incident of fire emergency must be thoroughly investigated to eliminate or establish case of sabotage or otherwise.

An attack on the Nigerian Immigration Services headquarters is a direct attacks k to the National Security interest of the Federal Republic of Nigeria.   This particular fire incident has followed an ugly pattern.

This is because there have been so many fire incidences, first was in the office of the accountant general then followed by (CAC) cooperate affairs commission and then (INEC) Independent National Electoral Commission.

In the case of the three previous fire incidences, those ones happened during the lockdown when there was supposed to be adequate security measures in place , sadly these fire incidences in these major institutions have happened and been swept under the carpet and there are no open investigation and we think that there is something fishy about it . Let the government tell Nigerians what they are hiding and why are the institutions going up in flames.

This is because these institutions that are going up in flames are the custodians of revenue yielding documents and even INEC that went up in flames happened between the period of pendency of the post 2019 post-election petition litigation, if we are not mistaken. So what these regular and orchestrated fires  show is that there is more to it than meets the eye.

Recalled that Since March 25, 2020 when President Mohammadu Buhari authorised the lockdown of Lagos and Ogun states, as well as the Federal Capital Territory, mysterious infernos have engulfed three prominent government agencies. In quick succession, fire have gutted the Treasury Building, the Corporate Affairs Commission (CAC) and the latest is the Independent National Electoral Commission (INEC).

One interesting mystery of these fire is their sequence. They occurred almost at one week interval. Nigerians were shocked to know that days after the CAC and the Treasury House in Abuja were gutted by fire, a section of the Independent National Electoral Commission (INEC) headquarters in Maitama-Abuja, was gutted by fire.

The fire, according to media sources quoted by a major media outlet, occurred at the six-storey building located in Maitama, Abuja.

The building is located on the same street that houses other top government offices like the National Youth Service Corps, the Nigeria Incentives Risk-Based Sharing for Agricultural Lending and the Nigeria Export Promotion Commission among others.

Nigerians should demand accountability because silence in the face of corruption by the government officials is disastrous. The NIS FIRE SHOULD BE PROBED SO WE KNOW WHAT EXACTLY HAPPENED.  WE ARE NOT POINTING ACCUSING FINGER BUT WE THINK THE FIRES ARE CERTAINLY MANIPULATED.

Fri Jan 15 , 2021
328 By HURIWA.   Prominent Civil Rights Advocacy Group: HUMAN RIGHTS WRITERS ASSOCIATION OF NIGERIA (HURIWA) has accused the Senior Special Assistant on Media to President Muhammedu Buhari; Mr Garba Shehu of purportedly issuing a statement that is a direct incitement to violence against the person of the Catholic Bishop […]