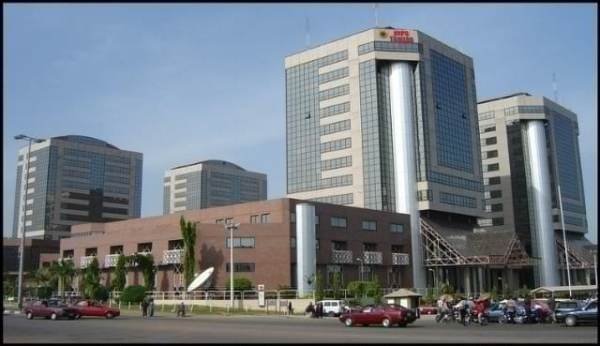 The Prominent Civil Rights Advocacy group- HUMAN RIGHTS WRITERS ASSOCIATION OF NIGERIA (HURIWA) has lamented that absence of a vibrant, viable, credible and transparent management of the  Bureau of Public Procurement(BPE) which even got weakened since the emergence of President Muhammadu Buhari in 2015 automatically means that the determination and selection of bidders for any kind of procurement jobs in the nation’s opaque Nigerian National Petroleum Corporation (NNPC) will lack OPENNESS and transparency.

Besides, HURIWA has expressed strong doubts that there would be any sort of clean bidding process for selecting the winning company to handle the turn-around maintenance of the Port Harcourt refining facilities by the NNPC because the nation has had a chequered history of heist, CORRUPTION and PERVASSIVE unethical procurement practices which had led to the theft of billions of dollars of public fund invested in the same kind of turn around maintenance of the three or four refineries which after many years have still not started producing optimally.

The Rights group said the announcement that 96 companies from different jurisdictions are bidding to be selected to handle the turn-around maintenance of the Port Harcourt refining facilities is not in any way a cheering news because first, the absence of the National Council on Public Procurement has weakened public engagement and involvement in the procurement process being the focal point of corruption in the public service.

The Rights group said the fight against corruption since the last five years is at best a comedy or circus show. If we may ask, what has happened to Ibrahim Magu?

It has also eroded and relegated to the background its core function of regulating the activities of the Bureau of Public Procurement responsible for monitoring and over-sighting public procurement and harmonization of existing government policies and practices.

The National Assembly passed into law, the Public Procurement Act 2004 CAP P44 Laws of the Federation of Nigeria with commencement in 2007 and several amendments thereafter, and the latest amendment being promulgated by the Nigeria President on May 22, 2019 to take effect on May 24, 2019 with accompanying amendments.

Section 1 of the Public Procurement Act, 2007, provided for the establishment of the National Council on Public Procurement to supervise the activities of the Bureau of Public Procurement and carry out other functions such as to consider, approve and amend the monetary and prior review thresholds for the application of the provisions of this Act by procuring entities, consider and approve policies on public procurement.

Also, approve the appointment of the Directors of the Bureau, receive and consider, for approval, the audited accounts of the Bureau of Public Procurement, approve changes in the procurement process to adapt to improvements in modern technology and give such other directives and perform such other functions as may be necessary to achieve the objectives of this Act.

Sadly, this legal requirement and milestone to help check fraudulent practices in the award of public contracts through inflation of contract costs, poor project prioritization, poor budgeting process, and other manipulations of procurement and contract award processes has yet to be enforced by government, but has been usurped by the Federal Executive Council.

In a statement by the National Coordinator; Comrade Emmanuel Onwubiko and the National Media Affairs Director; Miss Zainab Yusuf, HURIWA also doubted that the process that has been put in place for the bidding process by  the about 96 companies from various jurisdictions that had indicated interest in undertaking the rehabilitation of the Nigerian National Petroleum Corporation’s downstream infrastructure, would be free, fair, transparent,  credible and open.

HURIWA recalled that the NNPC’s Group General Manager, Group Public Affairs Division, Kennie Obateru, said the infrastructure include critical pipelines to depots and terminals, as the firms would rehabilitate the facilities through the build, operate and transfer financing model.

The NNPC official said this was made public at a virtual bid opening exercise that was held at the NNPC headquarters in Abuja for the pre-qualification of companies for the contract.

Obateru said in a statement that the public opening of the bids for the contract was in keeping with the NNPC management’s commitment to transparency and accountability in its processes transactions.

HURIWA has therefore called on the government to set up the proper governance structures for the nation’s Bureau of Public Procurement to stop the extensive and overwhelming cases of procurement corruption amongst top officials in the current administration.

CAN to Sick, Old People: Stay Away From Churches

Tue Jan 19 , 2021
600 The leadership of the Christian Association of Nigeria (CAN) has advised sick and too old people to henceforth stay away from worship centres. This is part of the guidelines released by CAN to churches following the second wave of COVID-19 ravaging the globe. CAN further appealed to Christians to […] 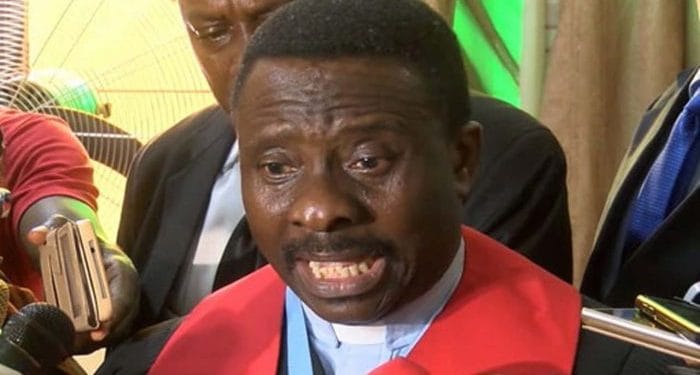