Besides, HURIWA has also expressed appreciation to the new Chief of Army staff-: Major General Ibrahim Attahiru for publicly pledging to uphold the legacies of his predecessor just as the Rights group specifically disclosed that credible members of the organized civil Rights community in Nigeria will key in into the human rights agenda of the new Army Chief just as the Rights group has tasked the new Army Chief Ibrahim Attahiru to publicise.

These were the key points adumbrated in a presentation submitted by HURIWA to the new Chief of Army Staff; General Ibrahim Attahiru dated February 1st 2021 upon his assumption of duty in the nation’s capital.

Excerpts of the presentation endorsed by the National Coordinator of HURIWA on behalf of over eight thousand registered fee paying members Worldwide, Comrade Emmanuel Onwubiko are as follows:

“Without sounding immodest, we wish to intimate or rather inform you that our organization has consistently partnered with your Institution in the area of promotion and protection of the Human Rights of all Nigerians for nearly one decade.

Be assured that we are open for collaboration, partnership and relationship that will ultimately result in the promotion and protection of Human Rights of Nigerians”.

HURIWA informed the Army Chief of staff also that: “We humbly draw your attention to some salient facts adumbrated in the following sentences from a well-respected human rights institution: “It is often during armed conflicts that human rights are infringed upon the most. Therefore, over the years, experts have focused much attention on the formulation of instruments aimed at alleviating human suffering during war and conflict.

“Today, three areas of modern international law attempt to provide protection to victims of war: human rights law, refugee law and humanitarian law. While these fields are closely linked, they need to be distinguished systematically. Refugee law has been discussed in Part IV. This chapter focuses on international humanitarian law, which differs from human rights law in that it concentrates on specified conflict-related acts and does not give rise to individual claims.”

“Humanitarian law applies in armed conflict, restricting the actions of warring parties, providing for protection and humane treatment of persons who are not taking part or can no longer take part in the hostilities.

“Like international human rights law, humanitarian law protects the lives and dignity of individuals, prohibiting torture or cruel treatment, prescribing rights for persons subject to a criminal justice procedure, prohibiting discrimination and setting out provisions for the protection of women and children. In addition, humanitarian law deals with the conduct of hostilities, combatant and prisoner of war status and the protection of the Red Cross, Red Crescent and Red Crystal emblems.”

“A distinction is generally made between the law designed to protect military and civilian victims of armed conflicts on the one hand, and the laws governing the way war is waged, on the other.”

Citing authority from Icelandic Human Rights Centre, HURIWA reminded the Service chief that: “The international law instruments adopted at these conferences form the basis of modern hu471 Human Rights and Armed Conflict humanitarian law, the most relevant being the four Geneva Conventions (1949) and their two Additional Protocols (1977).

“The principal purpose of the four Geneva Conventions was to set out humanitarian rules to be followed in international armed conflict. The Convention relative to the Protection of Civilian Persons in Time of War (the Fourth Geneva Convention) lists a number of actions which the parties must refrain from in all circumstances.

“These include actions that are recognised as violating the most basic human rights, such as violence endangering life, torture and physical or moral coercion, as well as non-compliance with many due process rights. The Convention forbids in the strongest terms the utilisation of human shields. It also provides that civilians may not be compelled to work for an occupying power unless certain strict conditions are met (Article 51).

“The Additional Protocols to the Geneva Conventions, which were adopted by the Diplomatic Conference on the Reaffirmation and Development of International Humanitarian Law applicable in Armed Conflicts (1977), are major developments in this context”. 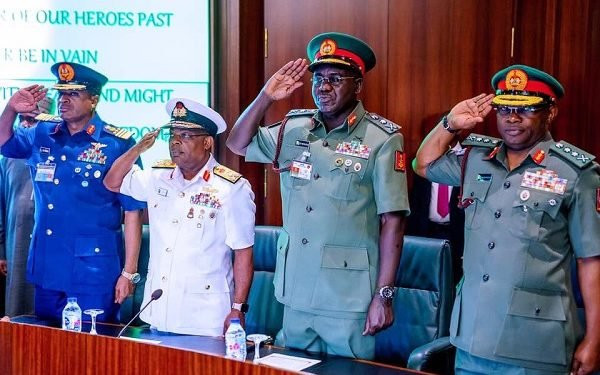