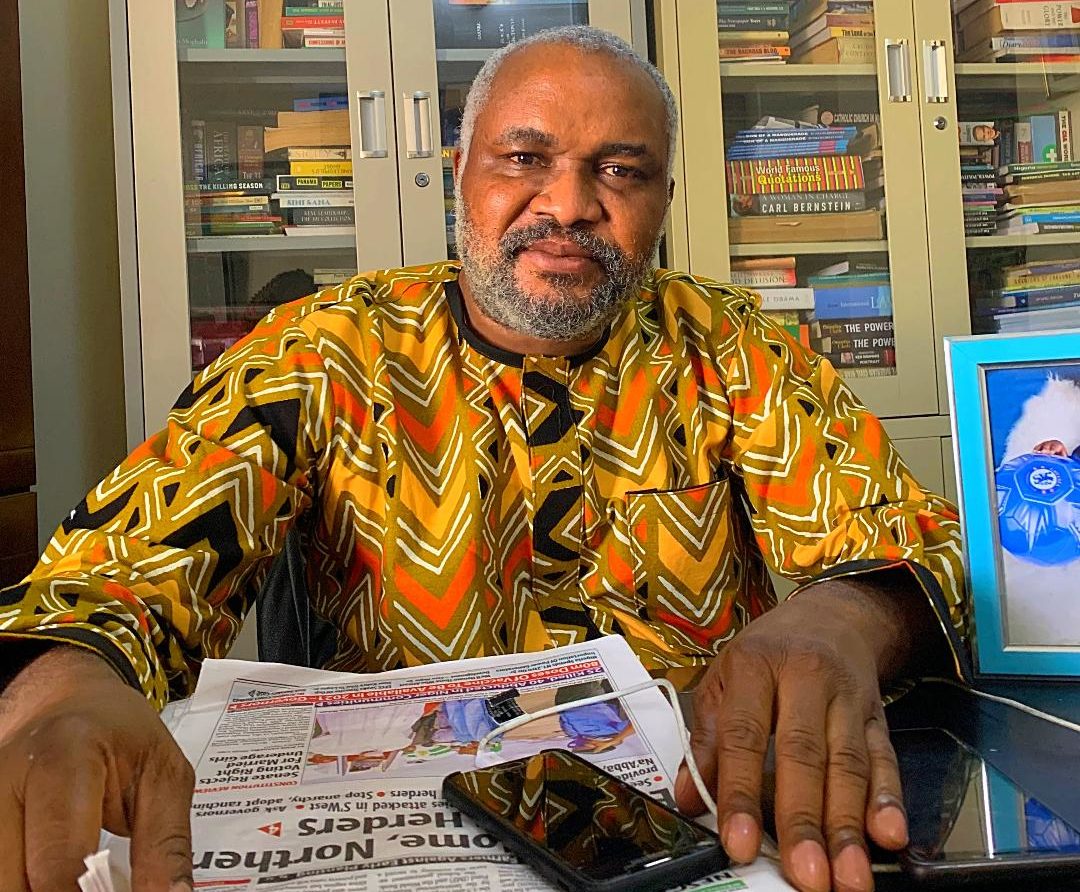 From a very old book, this is what a classical author stated about the dignity of man-: “A great miracle, Asclepius, is man.” But when I thought about the reason for these statements, I was not satisfied by the many remarkable qualities which were advanced as arguments by many men- that man is the intermediary between creatures, the intimate of higher beings and the king of lower beings, the interpreter of nature by the sharpness of his senses, by the questing curiosity of his reason, and by the light of his intelligence, the interval between enduring eternity and the flow of time, and, as the Persians say, the nuptial bond of the world, and by David’s testimony, a little lower than the angels.”

The author wrote poetically further: “Great indeed as these attributes are, they are not the principal ones, those, that is, which may rightfully claim the privilege of the highest admiration. For why should we not admire the angels themselves and the most blessed choirs of heaven more?

At last I seem to have understood why man is the most fortunate creature and thus worthy of all admiration, and what precisely is the place allotted to him in the universal chain, a place to be envied not only by the beasts, but also by the stars, and the intelligences beyond this world. It is an incredible and wonderful thing.

And why not? For this is the very reason why man is rightly called and considered a great miracle and a truly marvelous creature. But hear what this place is, Fathers, and courteously grant me the favour of listening with friendly ears.” (The Portal Renaissance Reader Edited by James Bruce Ross and Mary Martin McLAUGHI IN).”

As it were, this former head of an arm of the Court system, Justice Ayo Salami served the Country meritoriously and left as the President of the Court of Appeal which is considered one of the most prestigious positions any Nigerian jurist can hold in life.

He (Ayo Salami) has the public image as a no nonsense judge and as someone who says it as it is. As someone who spent over three decades in the Judiciary of Nigeria, his claims about happenings within the Nigerian Judiciary is to be taken as authoritative and far reaching.

But that is in no way equating him with the likes of the Iconic Justice Chukwudifu Oputa or even Justice Niki Tobi both of whom are considered as some of the best egg heads that the court system in Nigeria produced just as their opinions delivered in the Supreme Court are unassailable.

So I return to the discussion of Justice Ayo Salami and my main concern is the revelation he was reported to have made that some judges are in the habit of falsifying their ages even as he urged the Senate of the Federal Republic of Nigeria not to extend the retirement age of judges to 75 as is being canvassed by some forces within the judiciary.

I must throw my support in saying that extending the retirement age to 75 will stifle the growth of our jurisprudence.

The issue of age falsification amongst judges which justice Salami alluded to is such that every citizen of Nigeria must deeply reflect on and mount pressure on the government to uncover the judges who have forged their ages and prosecute them.

If a Judge who falsifies any of his vital information is allowed to remain in service, they will invariably pollute the sanctity of the Judiciary.  This is because he who goes to equity must do so with clean hands.

I must say that although the story of age falsification is like a social menace that has been with the public and Civil service in Nigeria, but it is unthinkable to therefore read the report by a senior editor of Nation Newspaper Yusuf Ali, in which he quoted the retired Appeal Court’s President as revealing the existence of judges who ‘forged’ their ages.

He said some of the judges are not healthy and they regularly travel abroad for treatment. He also claimed that some of them forget easily in addition to memory challenges. Some of the judges, he told The Nation, do not know their actual age and have been using declaration of age affidavit.

He said the nation can fill the vacancies from a pool of qualified, experienced and healthier professionals. Salami shared his views on the proposed amendment to the 1999 Constitution to increase the age of judges at the apex court from 70 years to 75 years.

He said: “It’s understood that it’s being contemplated to raise the tenure of the Supreme Court justices and possibly those of the Court of Appeal to 75 years within the next couple of weeks. To be precise, before the end of March.

“The profession is ominously silent over it. I could remember that the same issue was brought up by the Senate during my screening for the President of the Court of Appeal which was persuaded by my reasoning.

“I contended that very few of us had birth certificates. Invariably we rely on declaration of age, which is generally inflated because they are inferred from incidences or occurrences the happening of which we were not sure of.”

He said: “So to be increasing age which is predicated on unsure parameters could be dangerous merely because their counterparts elsewhere retire at about that age without taking into account the faulty starting point.

“The living conditions in those countries as well as their health facilities are in no manner comparable with ours.” Salami said some of the judges in the apex court are no longer strong as they used to be.

He added: “Many of them are not healthy. They regularly travel abroad for treatment, and some of them forget easily in addition to memory challenges.

“In the circumstances, some of the justices would only be there as passengers to fulfill statutory conditions without ability to make meaningful contribution. This is a condition that could easily be exploited by dishonest members of the court.

“It’s my humble opinion that the present retirement age is adequate for any sincere hardworking member of the court. It’s not only consuming but also tasking emotionally, physically and mentally.”

He said “there is a pool of qualified, experienced and healthier professionals from which vacancies created by their respective retirements can be filled.”

“The employer and not the labourer determines the duration of the contract. It’s the people who make a constitution for themselves and not an institution thereof.

He cautioned against any act of lawlessness which would make it look as if the Judiciary is out  to fashion a constitution and impose a constitution amendment on the rest of Nigerians.

“It’s in this act of lawlessness that an individual forced National Industrial Court on the rest of us. I think it’s only Executive Bill that could bring about constitutional amendment(s),” he said.

I beg to differ fundamentally with the diplomatic claim that the judges who forged their ages do it out of ignorance. This is because ignorance is not an excuse for lawlessness.

In the crusade to clean up the Augean stable in the Judiciary, the need to conduct detailed forensic investigations into the phenomenon of age falsification amongst judges must be activated now much more than before.

I agree with the comprehensive view of age falsification as presented by a scholar.  “Age falsification is a disease that has eaten deep into Nigerian civil service and labour market. The Nigerian labour force is filled with senile and over aged employees.

“This continues to affect production adversely in our institutions, establishments and businesses. This paper presents an ICT approach to solving the menace of age falsification in Nigerian Civil service. A model is presented for predicting employees’ age before engagement into an establishment….”

“The exercise also includes verification of present and old certificates acquired by the employees. These exercises apart from taking place occasionally are also seen as a mock means of justifying expenditure, siphoning   funds and a mere  routine   government check. In (Emmanuel Ukekwe,UNN; Nov,2018).

“In  addition, they usually involve a cursory look at certificates especially birth certificates without a thorough check.  The   number   of  staff  to  be  verified   is   usually  too  large  and  the  time   allotted   for  the exercise is also very short.

“Another existing  attempt   at  checking age falsification is the introduction of IPPIS. The  era of grey-haired and old public officers still remaining in service, claiming not to have reached the retirement age will be over soon with the introduction of the new scheme” (Omeiza, 2015).

Borrowing from the principle of the aforementioned presentation, I must say only insignificant amount of effort is made by the National Judicial Council to fish out these bad eggs. There has to be a forensic analysis to be spearheaded by an independent commission to fish out these age cheats in the Nigerian Judiciary immediately.

Recently, the duo of Justice Abdulkareem Babatunde Abdulrasaq of the Osun State High Court and the Grand Kadi of Yobe State Grand Kadi Shu’aibu A. Talba, were recommended for retirement with immediate effect by the National Judicial Council (NJC), Dec 2020.

The official press release said the NJC was actually exercising its disciplinary powers under the Constitution, just as it was disclosed that the NJC has suspended both judicial officers from office pending the approval of the recommendation of their compulsory retirements by the governors in their respective states.

The Council took the decision at its 93rd virtual meeting on December 16, 2020, during which it rejected 18 petitions against 14 judges and equally recommended the appointment of 69 more.

This tepid measure by NJC does not go deep enough as there are thousands of other age cheats embedded in the Judiciary who may be protected by the powers that be because politicians can do just anything to protect principalities who engineer the manipulation of election results for them including judges who are the sellers of justice from election tribunals to the highest bidders.

HURIWA Writes To National Assembly To Endorse Nominations Of Ex-Service Chiefs As Envoys:

Wed Feb 10 , 2021
414 ….*Urges President Buhari To Build Infrastructures In Nigeria Not Niger:   Strongly believing that Nigeria stands to gain global mileage by the appointments of immediate past service chiefs as Nigerian Ambassadors as made by President Muhammadu Buhari, a Civil Rights Body-HUMAN RIGHTS WRITERS ASSOCIATION OF NIGERIA (HURIWA) has asked […] 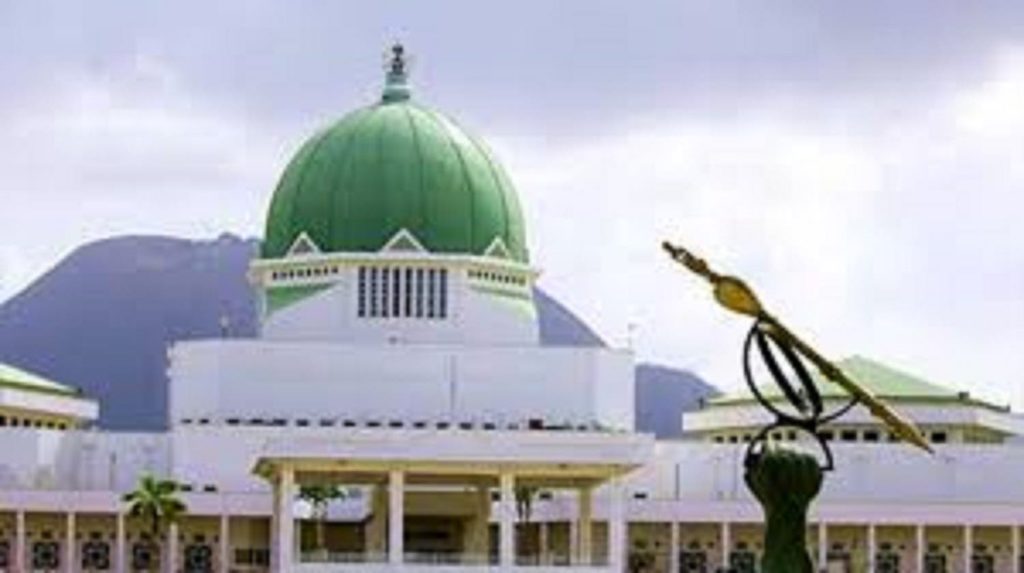