February 14 every year is the world’s day of love. On such a day, a certain Valentine, purported to have died for love, was remembered and celebrated. Even though not so many people are aware, the colour of Valentine’s day is red, with reference to the blood of martyrdom Valentine shed for love.

In Catholic liturgy, red is the colour of martyrdom. Among many other things, Valentine is a Catholic saint—more precisely, he is a martyr. Also, while virtually everybody who celebrates Valentine’s day has come to associate the man and the day with love, not many have ever paused to consider the exact kind of love St. Valentine died for.

The major problem with understanding the kind of love Saint Valentine died for is the close link between the concept “love” and the concept “sex,” in many people’s minds today. The meaning of the two words has become so intertwined that there is practically no difference between them for most people! The dominant gospel of love has become associated with sexual licentiousness.

Pop culture promotes and celebrates sexual debauchery as true love. There is hardly a contemporary Nigerian secular song without a sexual theme. Often, it is about sexual depravity. As Fulton Sheen rightly observed so many years ago, while the Victorians pretended that sex did not exist, the post-Victorian modern man and woman pretend that nothing else exists apart from sex.

In order to understand the kind of love Valentine died for, two things are necessary. First and foremost, a brief recap of the true story of Valentine is crucial. Also important is a reflection on the different “kinds” of love. Who was Valentine? How did he die? Why did he die?

While this edict prohibited soldiers from marrying, it did not stop them from having random sex. Valentine resisted the immoral edict and the immorality it invariably encouraged. He encouraged soldiers to marry in the church, and he secretly celebrated their marriages. Of course, it was not long before he was caught, imprisoned, and tortured for performing marriage ceremonies against the command of Emperor Claudius II.

In the year 269 AD, Valentine was sentenced to a three-part execution of beating, stoning, and finally decapitation, all because of his stand for Christian marriage. According to the story, the last words he wrote were in a note to the daughter of a certain Asterius. He inspired today’s romantic missives by signing it, “from your Valentine.”

In his book, The Four Loves, C. S. Lewis identifies four kinds of love, essentially following the Greek categorization. The first he calls Storage Love is the love between people who are related, such as the love between parents and their children or the love between siblings. We can call this a love that flows in the blood, and it is the basis of the saying: Blood is thicker than water.

The second is Philia love, which is the love between friends and people who share common interests. The term friendship is an appropriate word to describe this love; it is, however, not adequate.

The next is Eros—romantic love. For Lewis, Eros is the love between people who are in love in an exclusive sense. Thus, he made a distinction between wanting a woman and wanting a particular woman.

In fact, one can argue that it is the most dynamic kind of love. It can ascend to heavenly heights- giving birth to beautiful ideas, character, and bravery. It, as well as storage and philia, can also descend to its most base manifestation.

The fourth kind of love Lewis identifies is agape—unconditional love. For Lewis, this is the greatest kind of love. An undying love that neither wanes nor diminishes. While it is fundamentally God’s love for the worthless human race, it is a Christian virtue as well as ideal. In other words, all the other three kinds of love are subordinate to this love, and they need to be ignited by agape if they must avoid “demonic” self-aggrandizement.

With the coming of Christ, the inauguration of the Christian era, and his institution of Christian marriage, there is now yet another kind of love, known as Marital Love. It is a love that exists in marriage, expressed in marriage, looks towards marriage.

It combines a bit of the four other kinds of love. In marital love, one sees philia, for friendship is often the starting point of relationships that blossom into marriage. One sees storage. It is unlikely for two to become one flesh and not grow in familiarity.

One also sees Eros in the mutual desire of spouses for each other and mutual self-giving. Lastly, one sees agape as spouses completely surrender “self,” even as they allow God and their better halves to take center stage (1Cor 7: 4-5).

Valentine stood for the beauty of sex and love as created by God. Valentine did not stand for casual sex or any kind of sexual immorality. He is indeed a martyr. While he might not have died for professing the name of Christ per se, he died defending one of the sacraments instituted by Christ.

Therefore, the yearly celebration of Valentine’s day should be an opportunity to reflect on marital love. It should be a day when lovers not just celebrate each other but also look each other in the face and promise to be more selfless, kind, and generous to each other.

Tue Feb 16 , 2021
341 By The World Satellite.   The Founder and Executive Director of Spring of Hope for the Girl Child Development Initiative (SHoGDI); Mimidoo Uhundu Williams has prayed for the greatest love of God to abide in the hearts of our leaders and citizens while tasking them to think Nigeria first […] 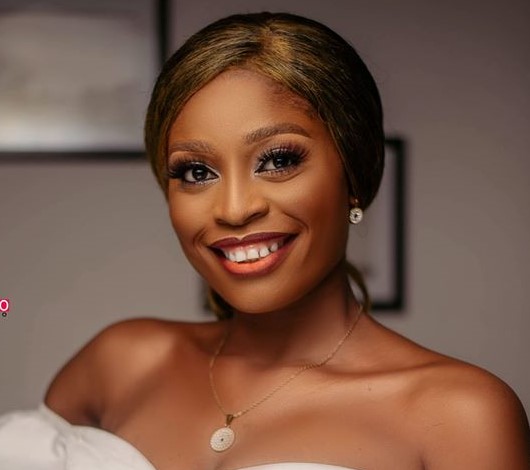